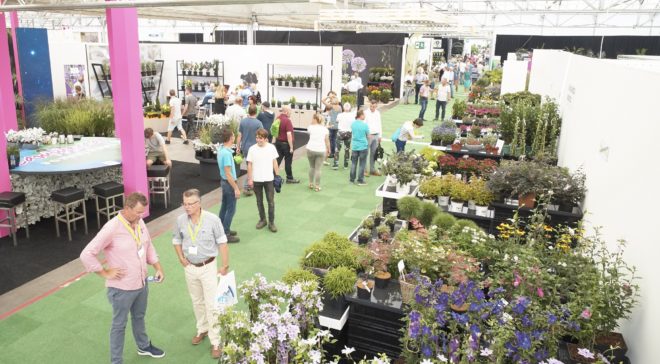 BOSKOOP, the Netherlands: ‘Let’s make the world greener together.’ It was under this motto that, from 22 to 24 August, Plantarium and GROEN-Direkt treated a large international public to a green total experience in Boskoop. For the first time, Plantarium and the autumn trade fair GROEN-Direkt took place under one roof, separated only by a communal entrance. The new set-up, which was given the name ‘Ticket2Boskoop’, resulted in an interesting cross-fertilisation.  “The combination of the free marketplace Plantarium, where innovations, introductions and customer relations are the main focus, with the extensive offer from the growers at GROEN-Direkt, had enormous added value for many visitors,” says Plantarium’s Jos van Lint, who was satisfied with the result.

About 250 companies were directly or indirectly involved in Plantarium this year. With 175 stands, 88 submissions for the novelty showcase and 14 for the Press Prize, the trade fair was a source of inspiration and innovation.

On Wednesday and Thursday, the flow of visitors started early and remained steady throughout the day. Visitors really took their time to see the trade fair on Thursday. The last day of the fair was busy, although visitors arrived later in the morning than on the other days. This year too, a large number of international trade visitors was registered. The exhibitors and the organisation are very positive about the type of the visitors.

The theme of the 36th edition was ‘Growing together’. Cooperation between the two trade fair organisations has resulted in the realisation of the largest garden plant event in the Netherlands. Exhibitors are also aware of the importance of cooperation. This was obvious in the various shared stands on the exhibition grounds and in the way in which in one aisle exhibitors worked together to show new introductions and how these are marketed.

The next edition of Plantarium will be held at the end of August 2019. For further information, visit www.plantarium.nl