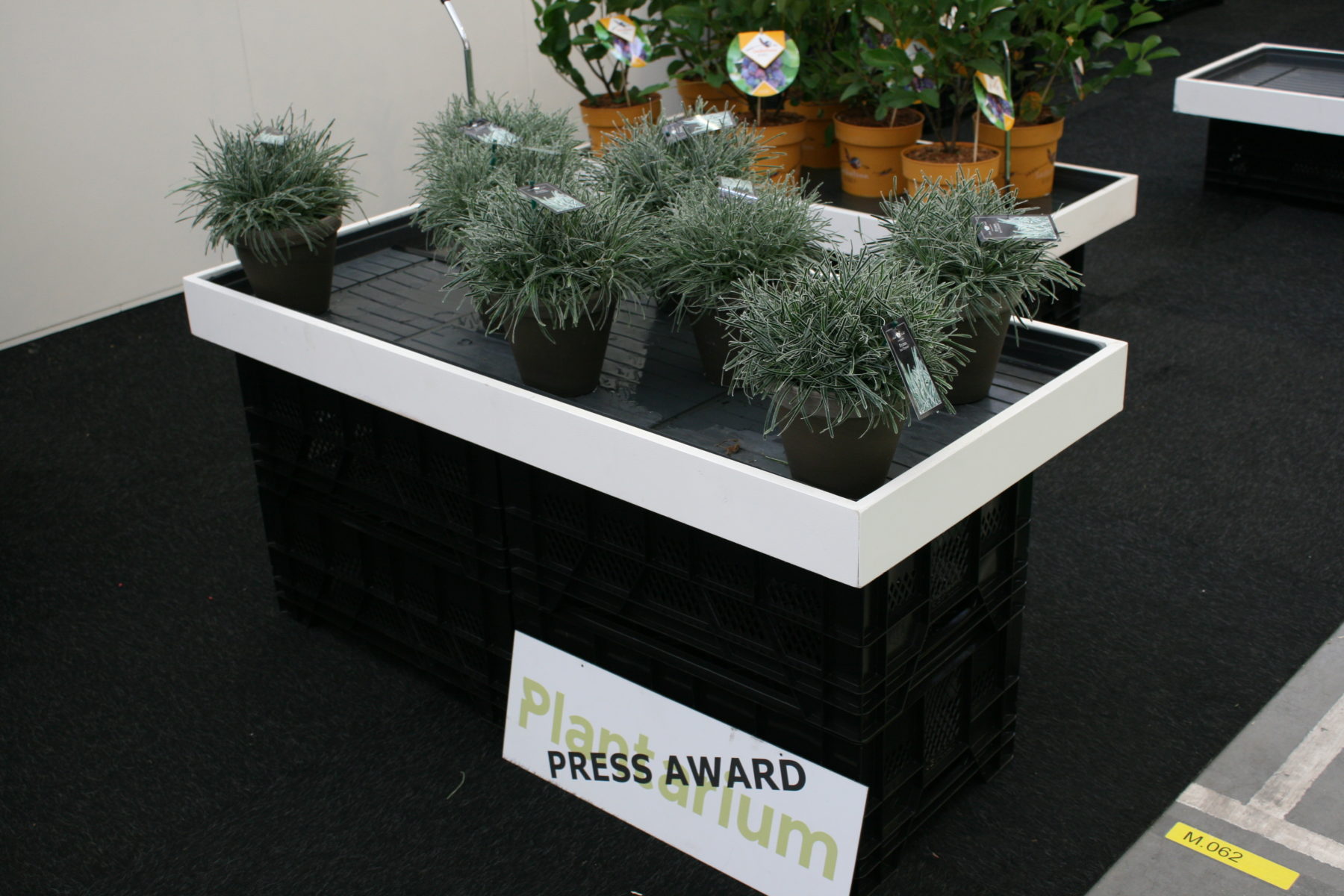 BOSKOOP, Netherlands: Ficinia Ice Crystal entered by F.N. Kempen bv from Mijdrecht and Triple Beauty, a mixed planter including perennials and grasses and submitted by the same company, won the 2018 Plantarium Press Awards in the category Garden/Balcony/ Patio plants and Concepts Category respectively.

On Triple Beauty, the panel of expert judges was enthusiastic about the combination of three colourful perennials and grasses in a single planter, which they described as consumer-friendly.

The jury was unanimous about the Ficinia Ice Crystal, a new plant with a modern look. Ficinia Ice Crystal is highly suitable for use in a small garden or on a balcony. The beautiful colour and fine hairs on the leaves give the plant an icy style.

In the category Garden plants, seven entries were judged by the jury. Second place went to Amelanchier alnifolia ‘Saskatoon Berry’, submitted by Joh. Stolwijk & Zn. from Boskoop, and third place was for Pinus nigra ‘Aron’ (Summer Breeze) of Van Son & Koot bv from Kaatsheuvel. There were six entries in the category Concepts. Good Roots of Hoogeveen Plants from Hazerswoude ended up second, and the third place went to Create your own garden of Koetsier Vaste Planten from Boskoop.

The jury for the Press Award consisted of 18 journalists, representing the following countries: Germany, England, Finland, France, Italy, the Netherlands, Ukraine, Poland, Russia, Czech Republic and Switzerland. The award was presented by the chairman of the Jury, Andreas Henk, trade journalist at Gabot – Das Gartenbau Portal from Germany.

Plantarium 2018 and GROEN-Direkt’s autumn trade fair take place under one roof from 22 to 24 August 2018 at Denemarkenlaan 11, Boskoop.