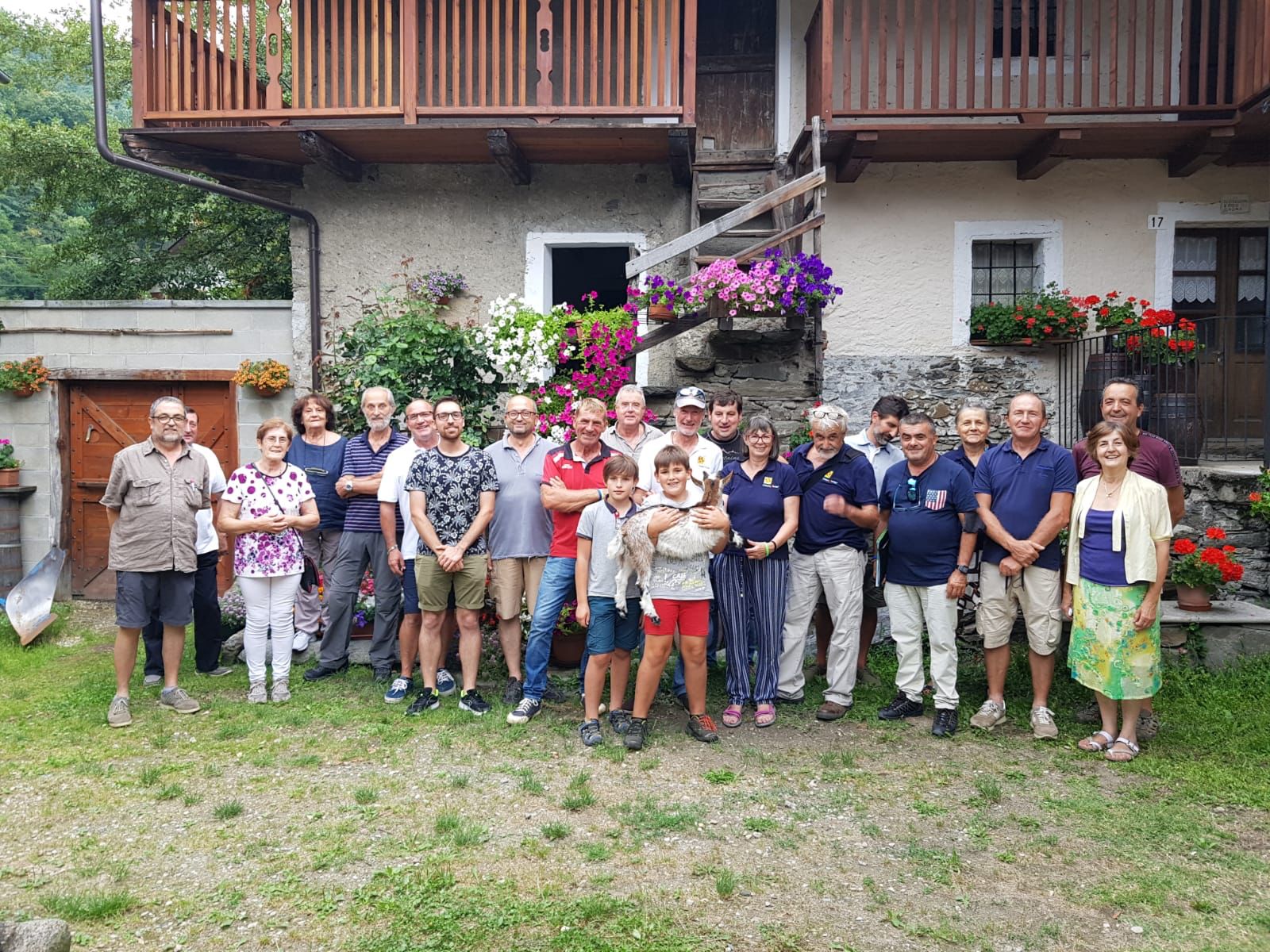 TURIN, Italy: Asproflor, the trade association for ornamental horticulture in Italy’s northwestern Piedmont region welcomed more than thirty of its flower and plant grower members for a meeting in Pomaretto on 31 July. They discussed the association’s upcoming events in September such as the Verdecittà project in Turin’s city centre, and a grand floral art exhibition in royalty style. The board also updated the members about the RinascITALIA project.

Pomaretto’s mayor, Danilo Breusa and a number of co-citizens participated in the meeting, which began with a progress presentation from Verdecittà. This is the name for a rainwater model garden which the public can visit in Piazza Cavour, downtown Turin, from 3 until 5 September. The garden will demonstrate how people can help mitigate the effects of climate change by capturing rainwater runoff from hard surfaces.

Second on the agenda was Corollaria, a floral art and garden exhibit at Turin’s Reggia di Venaria Palace, a former royal residence. The event is set to take place between 10 until 19 September 2021.

Finally, the board updated Asproflor members about the RinasITALIA (Let’s restart Italy) project. To ensure that flowers and plants stay top of mind among Italian consumers, Asproflor will hire a green city awareness campaign campervan. The RinasITALIA Roadshow will travel coast to coast, from the Tyrrhenian Sea to the Adriatic to highlight the importance of urban green areas, flower and garden festivals, city beautification and garden contests.

The additional message to the country is that ornamental horticulture in Italy is still alive and kicking.

This certainly applies to trade association Asproflor, which to date has a hundred members. Horticultural trade associations in Italy are a phenomenon judging from the dazzling number of 43 trade bodies. Almost all fulfil a regional task while associations such as ANVE, AVI, AFFI, Assoflora and Asproflor defend the national interest of flower and plant growers.

Assoflora is linked to trade union Coldiretti while Asproflor has maintained its independent status. Asproflor was established in 1980 and has played a pivotal role in advancing, protecting and promoting the industry. In 1996 and 2018, it helped to build Piedmont’s regional pavilion at Euroflora. The same task awaits them for the 2022 AIPH-approved Euroflora show which will take place between 23 April until 8 May 2022 in Genua, Italy.

In 2004, Asproflor succeeded in launching an annual community in bloom competition in Italy, reminiscent of the first community gardening project that was born in Austria a century ago. In the early years, the Comuni Fioriti competition was more or less a Piedmont affair. But back in 2007, the contest gained national recognition. In 17 years, 2000 Italian towns and villages have participated in the Comuni Fioriti competition.

Since 2015, Asproflor is a partner of Communities in Bloom. Communities in Bloom is a Canadian non-profit organisation committed to supporting citizen pride, environmental responsibility and beautification of urban communities through citizen engagement and participation in a national competition focused on the promotion and importance of urban green spaces.  (https://www.communitiesinbloom.ca/)

Paul Brydges, senior landscape architect and the National Chair of Communities in Bloom Foundation, and Asproflor’s President Sergio Ferraro put their signatures to a partnership agreement that will last until 2025.

“Our relationship with Asproflor and Comuni Fioriti, which began in 2015, has always been very appreciated and important and we hope to be able to accept our collaboration for many years to come”, said Paul Brydges, who referenced Communities in Bloom’s International Challenge. This international component sees winning cities compete against each other. Winners from national community gardening projects will be evaluated by an international panel of judges with environmental awareness, community involvement, cultural and natural heritage conservation, urban parks, garden architecture, floral street furniture and upholstery is the most important criteria.

Judging rounds are carried out in July and August. Asproflor has brought in a judge from Italy; Mauro Paradisi from Avigliana assisted by Mattia Colombano from Alba.

Vying for the highest honour in Italy are Ingria (TO) and Alba (CN).