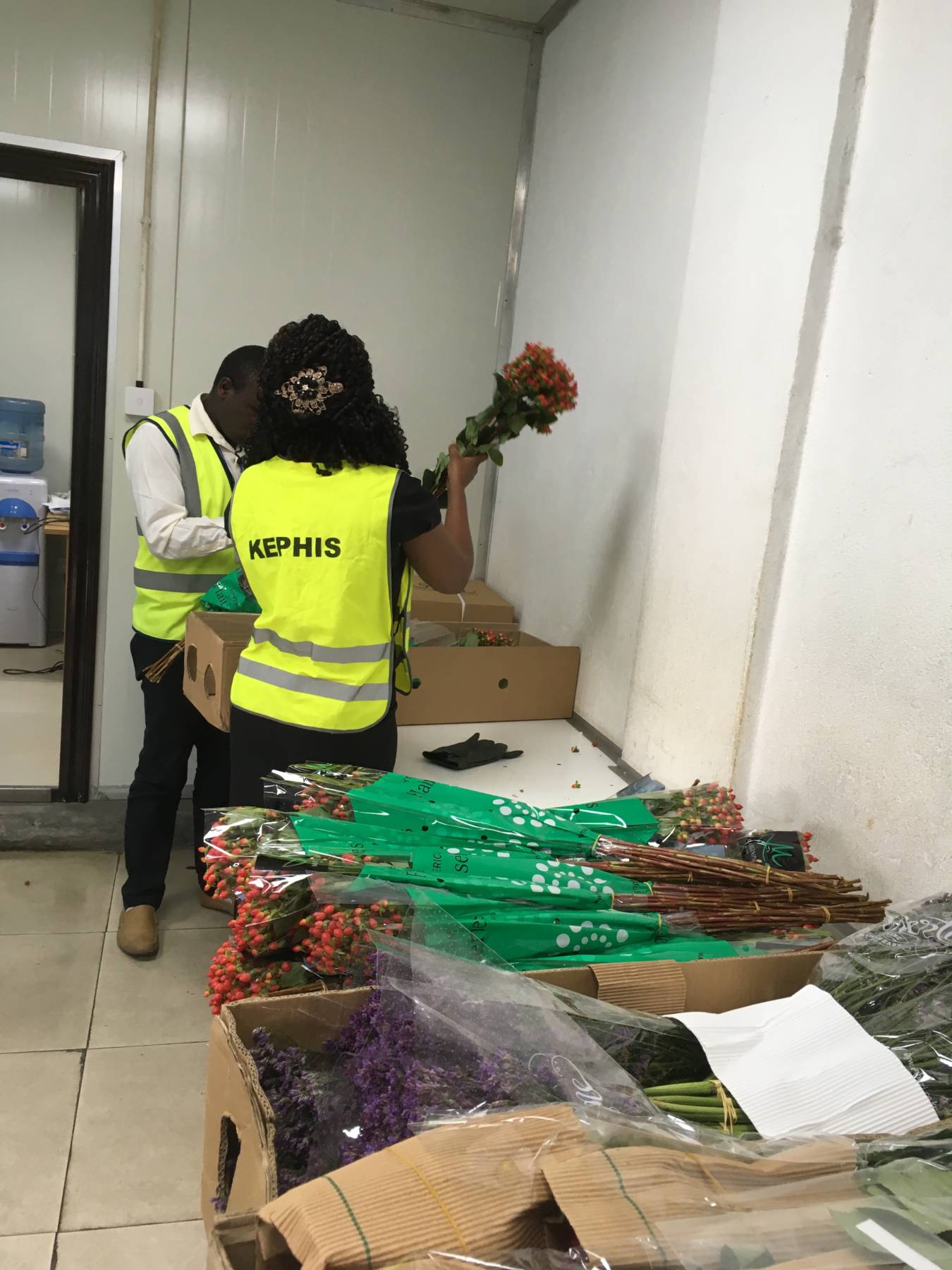 Concerning the EU, a particular headache stems from the presence of the ‘false codling moth’ (scientific name Thaumatotibia leucotreta), an insect native to sub-Saharan Africa, that attacks many crops including cotton, pepper, citrus, avocado, and more recently found in roses. It is categorised as a quarantine pest by the European and Mediterranean Plant Protection Organization (EPPO), so detection of a single larva can cause the rejection of an entire flower consignment.

The EU has a notification and rapid alert system – known as EUROPHYT – that deals with interceptions of plant products imported into the EU or traded within EU countries. Its recent annual report shows a steep increase in interceptions of false codling moth on cut roses coming from East Africa.

How is the Kenyan Flower Council addressing this? “We are keenly aware of the problem,” says Clement Tulezi, CEO of the Kenya Flower Council (KFC). “Sometimes the interception numbers are high, but there is no structural increase in discovered pests, and for some months, they are zero. We understand the risk the pest poses on Kenya’s biggest market – 80% of Kenya’s cut roses go to the EU – and if interceptions increase, consequences are to be feared.”

KFC is doing everything within reach to tackle the problem, including working with growers/exporters, the Kenya Plant Health Inspectorate Service (KEPHIS), the Dutch Embassy in Nairobi, floral importers and the EU. Growers have established strict scouting programmes in greenhouses aimed at detecting the moths (or their larvae or eggs) at the earliest possible stage. Conducting physical checks in packing areas and setting up mass traps in critical locations. More importantly, raising awareness with staff training.”

Kenyan exporters are continually looking to diversify their markets to break the dominance of the EU, and Australia is an attractive option. The importing of cut flowers and foliage into Australia have been continuing for 45 years, but recently imports are growing. In 2017-18, cut flower imports values were AU$70.3 million, an 11%  increase from AU$63.5 million in 2016-17.

Cut flowers exported from one country to another must meet specific health requirements before admission to their destination where phytosanitary authorities regularly inspect them. Depending on the pest involved, and its potential risk to the local agriculture if introduced into the importing country, goods may be fumigated, rejected and returned to the exporter, or destroyed, at the exporters’ expense.

To minimise the risk of interception, exporters, importers, and phytosanitary authorities develop strategies such as inspecting at arrival (by the importing country). This review requires phytosanitary certificates whereby the country of origin provides a guarantee of health or inspection and treatment at the origin.

A ‘systems approach’ involving integrated management of all production stages up to the moment of export, geared at reducing the target pests to an absolute minimum may also be accepted. The option of choice is the result of bilateral agreements between the exporting and importing parties.

Until now Australian authorities would conduct inspections on arrival and fumigate consignments affected with unacceptable pests (mostly thrips and mites) with methyl bromide. However, due to increased interceptions, which increase the risk of pest introduction into Australia, new rules have been set forth. Starting from September 1, 2019 importers of cut flowers and foliage need to apply for an import permit and sort out inspection and treatment at the point of origin.

The preferred option put forward by Australia is fumigating flowers prior to export with methyl bromide and later inspecting them to ensure no live pests remain. This process is an effective treatment; however, it can reduce flower vase life; it is highly toxic to humans, and harmful to the Earths’ ozone layer. The United Nations Montreal Protocol restricts MB use but still allows it for controlling quarantine pests.

Nevertheless, options are available; for example, phosphine is an alternative fumigant that combined with cold air gives good results. It is in use in countries such as Colombia and Japan and does not harm the ozone layer, but is still very toxic. A robust systems approach is also an option; in use in several countries for similar circumstances.

“Testing the efficacy of control methods and teaming up with key stakeholders is essential to maintain open borders for our flowers”, concludes Mr. Tulezi, “and this is a constant and ongoing effort on our part”.