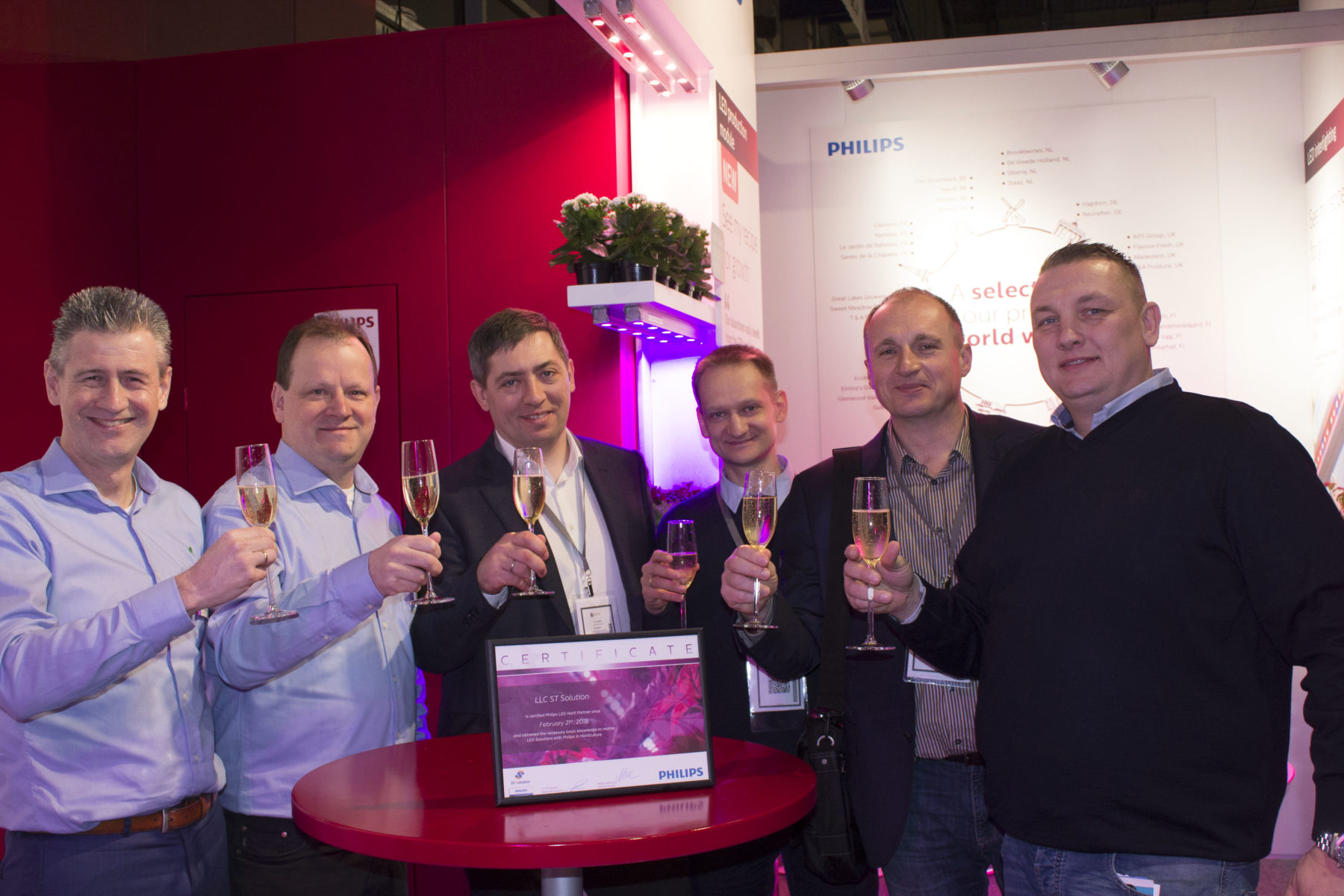 EINDHOVEN, the Netherlands: Philips Lighting (Euronext: LIGHT), the world leader in lighting, today announced the official Philips LED Horti partnership agreement with ST Solution, a Russian specialist in turnkey greenhouse solutions. This partnership, made official at the HortiContact fair (February 20-22) in the Netherlands, came after the two companies worked together on an enormouse new horticultural project at Agro-Inwest, a horticultural innovator located 350 km southwest of Moscow. The collaboration is part of a larger initiative in which Philips Lighting is developing a network of Russian partners.

Valentin Shchenikov, Technical Director of ST Solution, said that it made sense to partner with Philips Lighting in both the short- and long-term. “If you want to be the best you should work with the best producers,” he said. “We appreciate the Philips system approach. Because it’s not just luminaries selling, it’s a ROI-philosophy with quality service at each project stage: from business planning to agronomic support during growing. For us Philips is an example of genuine teamwork.”

ST Solution provides smart horticultural systems, and greenhouse constructions for greenhouse projects throughout Russia. It has a Dialux certified design team and skillful installation team. Most recently they have been working with several new investors and on greenhouse projects in Russia, including the largest LED project worldwide at Agro-Inwest.

Agro-Inwest is one of Russia’s most innovative greenhouse produce companies. In 2017-2018 ST Solution built its greenhouses the size of 40 football fields, more than 25 hectare, for growing tomatoes and cucumbers. ST Solution helped install 120,000 GreenPower LED interlighting and GreenPower LED toplighting modules in less than three months in Russian winter time.

“We wanted to work with ST Solution because it has demonstrated sharp implementation times in Russia,” said Van Slooten. “The successful Agro-Inwest installation proved that ST Solution could deliver the local high level of service support that we look for in a partner.”