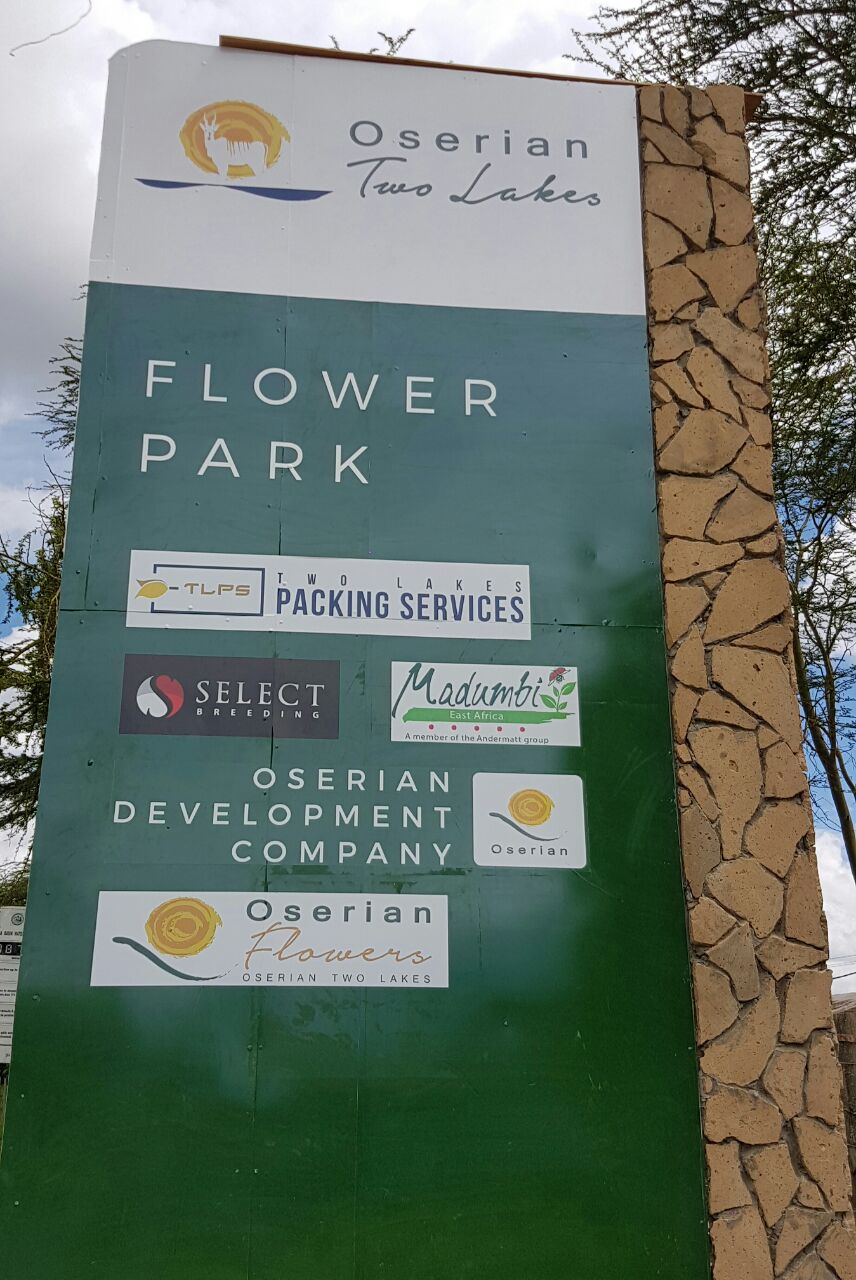 NAIROBI, Kenya: Oserian Development Company Ltd, one of the largest flower growers and exporters in Kenya has embarked upon a bold plan to diversify its commercial activities.

Consequently, the Farm has been subdivided and Change of use amended to Industrial, Commercial and Residential uses in support of the diversification plans.

Oserian is already a small town in its own right, with over 11,000 people living in its Company funded housing estates and benefitting from the Company funded Creches, Schools, Medical Centre and Social Halls.   The new strategy will ultimately see the expansion of these amenities in support of the diversification which will see the creation of an industrial park which will be known as Two Lakes Industrial Park.  In addition the company has already created Two Lakes Flower Park and Two Lakes Business Park – both of these are already up and running with tenants in situ.

In order for the business to be better able to focus upon these diversification plans, the company recently contracted out all its flower packing operations and similarly put all the non-rose crop production on a Contracted basis.   Both providers are also looking to offer their services to the other Companies that are moving into the Flower Business Park.

“Not a single permanent unionisable worker has been retrenched as a result of these strategic changes.   Seasonal employees whose contracts expired on 31st March 2018 were released as we reached the end of the ‘Event Season’ and all have already been fully paid off,” said Tim Ndikwe, the Finance and Administration Director.

Negotiations are ongoing with additional tenants for both the Business Park and the Flower Park and Oserian has already received the first significant expression of interest in taking premises within the Industrial Park. The new developments are in line with the foundations of green energy and creation of agro-processing businesses that are seeking steam and affordable electricity.  Upon completion, the entire Two Lakes project is expected to create over 20,000 new jobs.

Agriculture remains part of Oserian’s DNA and in addition to the continued growing of Roses, the Farm is also diversifying into growing other non-flower crops.