Oserian wants to be good for the planet and its people 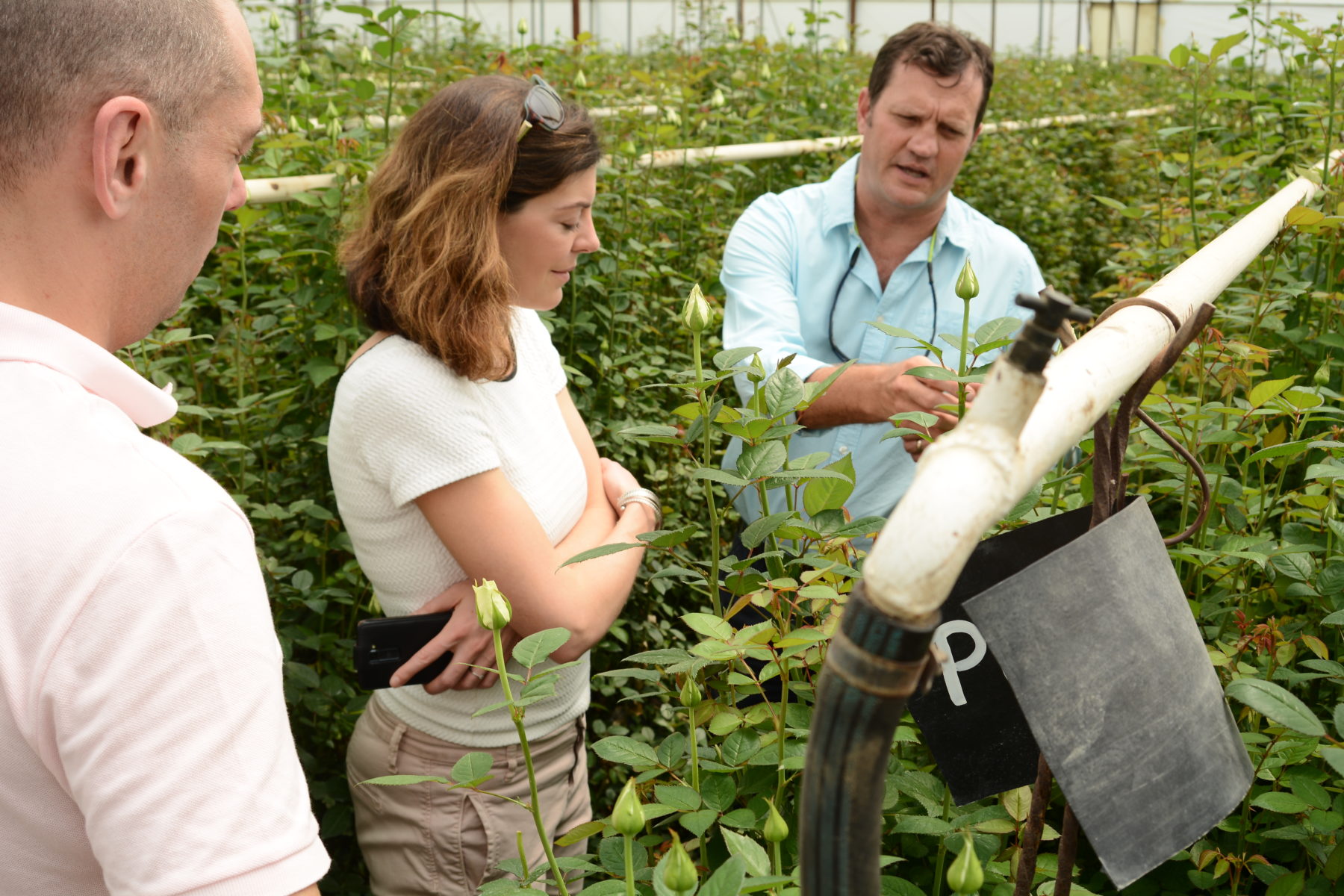 NAIROBI, Kenya: Kenya’s leading flower grower and exporter Oserian Development Corporation has come up with a raft of measures aimed at maintaining production over a long period of time without compromising on natural systems or its responsibility to workers, suppliers and the local communities.

In an attempt to strengthen access to international markets, players in the flower sector trooped to Britain and the Netherlands in November 2014 to ascertain their ‘sustainability story’ to a jittery market.

From the two meetings, it emerged that responsible cultivation of flowers in Kenya, environment stewardship and social responsibility by all players in the value chain, would enable Kenya’s flowers to be branded as responsibly grown.

Three years down the line, the reality that growers are facing a market that is increasingly getting concerned over unsustainable practices dawned on the industry when supermarkets stated that they will only be sourcing flowers from growers involved in sustainable practices..

In adherence to this requirement, Oserian Development Corporation has come up with a raft of measures aimed at maintaining production over a long period of time without compromising on natural systems or its responsibility to workers, suppliers and the local communities.

As one of the largest exporters of cut roses to the European Union, Oserian has adopted a ‘champions by nature’ approach to flower growing. The company utilises the integrated pest management (IPM) system, hydroponics to reduce water and fertilizer consumption and has the world’s largest geothermal heating project for maintaining temperature in its greenhouses and for provision of carbon dioxide (CO2) needed by the plants.

The Company has adjusted its production system to address the ongoing changes in European Union’s environmental legislation which has increased pressure on agricultural production from EU’s trade partners. “We’re seeing developments in legislation on pesticides and bee-friendly products,” says Mr. Hamish Ker, Oserian’s Technical Director. He adds that the EU currently measures maximum residue limits (MRL) of pesticides on vegetables and fruit imports.

The company has invested heavily in natural solutions. It has launched a new outfit called Two Lakes, to develop new biological solutions through own research or by partnering with leading IPM companies.

Oserian considers investing in natural solutions as a means of improving the company’s products for lowering costs. Ker says that this makes Oserian more competitive and to get better results. “Yes, we have to invest in training on how to use these unique systems, but once you have that capacity, you find that nature’s solutions are more sustainable from all perspectives. To all intents and purposes, what you’re doing is creating a balanced ecosystem on the farm.”

Driven by an ambition to attain CO2 neutrality, Oserian joined hands with Cranfield University in a 2007-study that compared its CO2 emission with what emanates from flower companies in the Northern Hemisphere who use fossil fuels to heat their greenhouses and provide light. “The researchers found out that production in Northern Hemisphere greenhouses resulted in 5.8 times more CO2 emissions than our production in Kenya, including air freight,” says Ker. He adds that the company plans to ascertain how its subsequent improvements have further reduced CO2 emissions in a study to be commissioned later this year.

To further reduce its carbon footprint, the company has imported seven electric vehicles from the Netherlands. “We’re going to use them to convert our trucks from fossil fuel to electric vehicles, which we can power from our geothermal plant,” says Mr. Ker. “If the project goes well, we’ll see more electric vehicle use in the future.”

“Green business is good business,” says Ker who adds that the company hopes to save on the $500,000 it uses on diesel each year.

Oserian’s ‘Flori 4 Life’ campaign talks volumes about its approaches. “We have created four lines: Flowers 4 Water, Flowers 4 Farming, Flowers 4 Education, and Flowers 4 Nature, says Ker. He adds that the concept allows the company to put a tag on its products telling its various stories. “One tag might talk about putting water into the community; another might talk of building schools. This will allow us to keep our clients updated on a monthly basis on what we’re really doing…when you’re giving someone flowers, it’s an emotional gift, and we believe if we can tell the sustainable story behind our own flowers, it adds even more value to that gift.”

In addition, the company has embraced a more environmentally-friendly transportation process. It has adopted a unique concept for packing flowers developed by a Nairobi-based company, Cargolite. The latter’s cardboards are strengthened with plastic skeleton. “This means a lighter box, which saves on air freight, cardboard, and results in reduced impact on the environment.” KER adds that by using the new packaging system, Oserian now saves as much as $8,000 for every one million stems transported to Europe.

Support to farmers and herders

Further, the company has been supporting local farmers to develop clean seed and in soil analysis. “Our sister company, Stokman, has developed clean seed banana planting  materials and potatoes in its labs,” Ker says that the company helps local farmers by doing soil analysis, “so that they can understand the imbalances and can apply the right fertilizers and other corrective measures.”

Related to this is that Oserian has been providing high-breed sheep to local herders.  “We have sheep on the farm to keep the grass short around the greenhouses, which reduces the insects and the diseases.” Ker says that the company imported a pedigree breed of sheep from South Africa called the Dorper, which it crossed with the local Maasai breed. “We set aside some of the ram lambs every year and donate them to the community, to help improve their flocks.

For the local women, the company supports a bracelet project, where some of the local ladies make bracelets that are put on its bouquets.”

The company’s sustainable approaches are hinged on its motto of ‘Better each day’. Ker says the company’s management team is challenged to “be better each day, to see what they can develop and improve, to drive out waste, and to improve performance and quality. We also try to think about what makes Oserian Flowers different.”