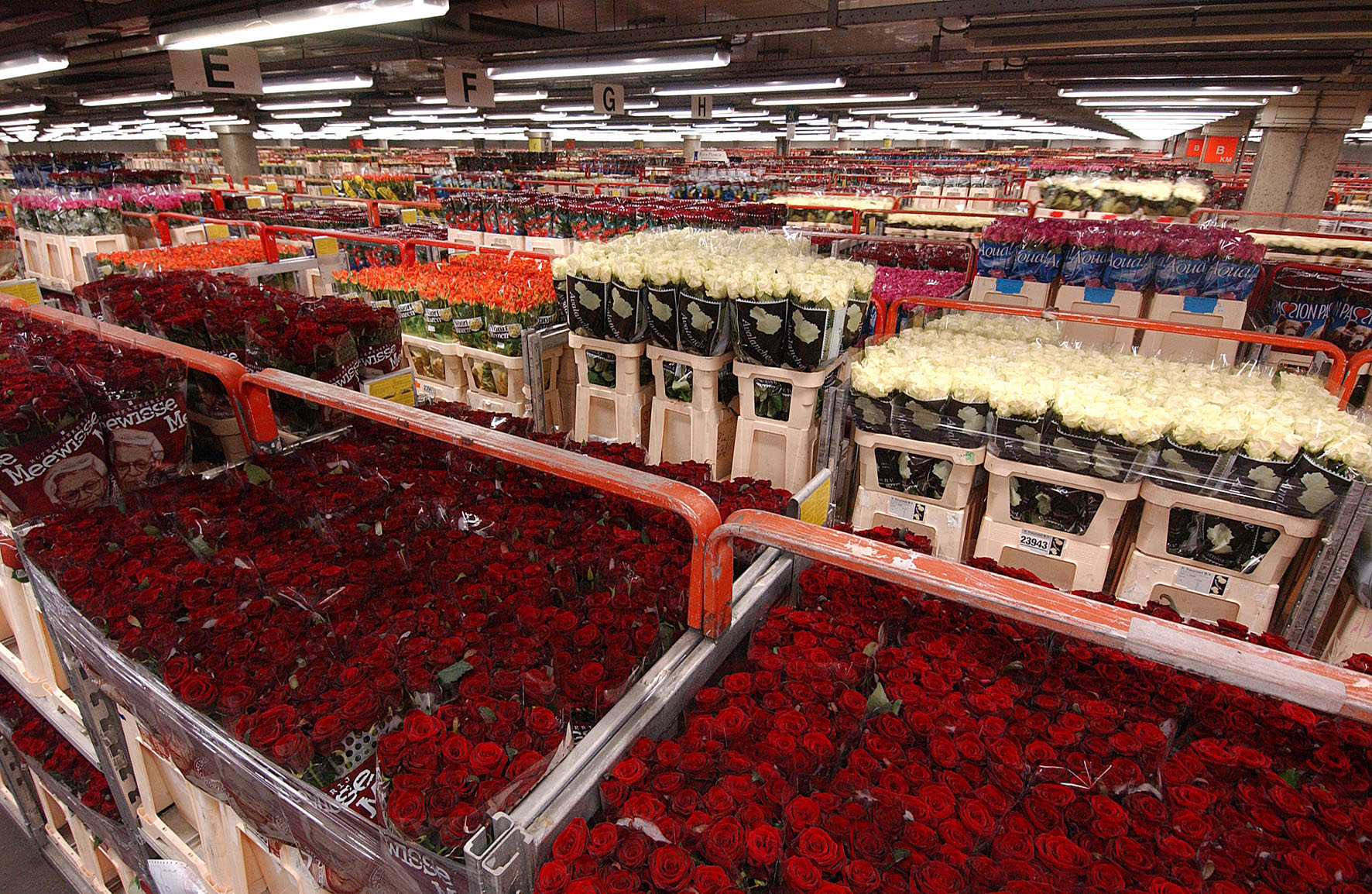 AALSMEER, Netherlands: Auction prices for cut flowers, potted plants and bedding plants remain under severe pressure although the overall rate of unsold products is significantly lower than last week. However, it should be noted that a number growers stopped bringing their flowers to the auction, composting blooms in the their greenhouse.

The auction’s total turnover on Monday 30 March (clock and direct sales) amounted to 8.47 million euros. A decrease of 60.6 per cent compared to last year (compared to Monday 1 April 2019).

The clock turnover was 3.15 million euros.  Overall, almost 13.7 million units have been supplied for the clock of which 0.9 per cent remained unsold (0.9 per cent for cut flowers, 2.8 per cent for houseplants and 0.1 per cent for garden plants). According to the auction, the overall rate of unsold product has reached its lowest level since the outbreak of the coronavirus.

Again prices have been significantly lower than was typical for this time of year. There was market carnage across all product categories with median clock prices for cut flowers, potted plants and garden plants 65.5 percentage points, 81.0 percentage points and 61.9 percentage points lower respectively than a year earlier. The level of unsold products in Aalsmeer, Naaldwijk and Rijnsburg was 0.6 per cent, 2.0 per cent and 0.3 per cent respectively.

The newly-implemented regulations include the combination of two, three and even four auctions clocks into one. What’s more, the auction announced a ‘maximum daily volume per product group and per grower’, based on his total supply volumes in 2019 (direct sales and clock sales combined). In this quota system, the auctioneer plays a crucial role as he or she decides on a daily basis what portion of products a grower is allowed to auction off in a specific product group.

Due to current market conditions, the minimum prices for the following  product groups have now been adjusted: Lisianthus, Cut hyacinth, Gerbera, Freesia, Cymbidium and Pot-phaleanopsis. This change was implemented on Friday 27 March and on 30 March.

The auction says, “We are adhering as much as possible to the existing regulations and are taking into account as much as possible the advice of our auctioneers and that of the FloraHolland Product Committees (FPC). The increases are of a temporary nature and are related to the consequences of the corona crisis. Auctioneers keep in contact with the relevant FPC’s about the effect of the increases. If further adjustments to minimum prices and supply percentages are necessary, we will coordinate this in the first instance with the FPC chairmen.”

As it is widely accepted that people feel the pain of losing money more than they enjoy gains, emotional reactions to the market decline are perfectly normal. However, Bougainvillea grower Frans van den Bos– serving as a Royal FloraHolland Council Member took to Youtube urging his fellow growers to stay calm use common sense and to be respectful to auction reps as their jobs are equally at risk.

Auction boss Steven van Schilfgaarde has welcomed the stimulus package the Dutch government announced two weeks ago for the Dutch economy. He said that the €20bn bailout package will help the 7,000 horticultural business to pay their bills. However, Van Schilfgaarde was quick to add that the bailout package is not sufficient to rescue a sector which represents an export value of €6.2 billion. He therefore calls for an emergency fund for Holland’s ornamental horticulture sector.

Lending unexpected support to the Netherlands ornamental horticultural industry was Queen Máxima of the Netherlands who visited Honselersdijk-based bedding plant grower Zuidbaak. Business owner Walter Zuiderwijk walked the Queen through the greenhouses, explaining how the coronavirus is impacting his business and that of many other industry peers.