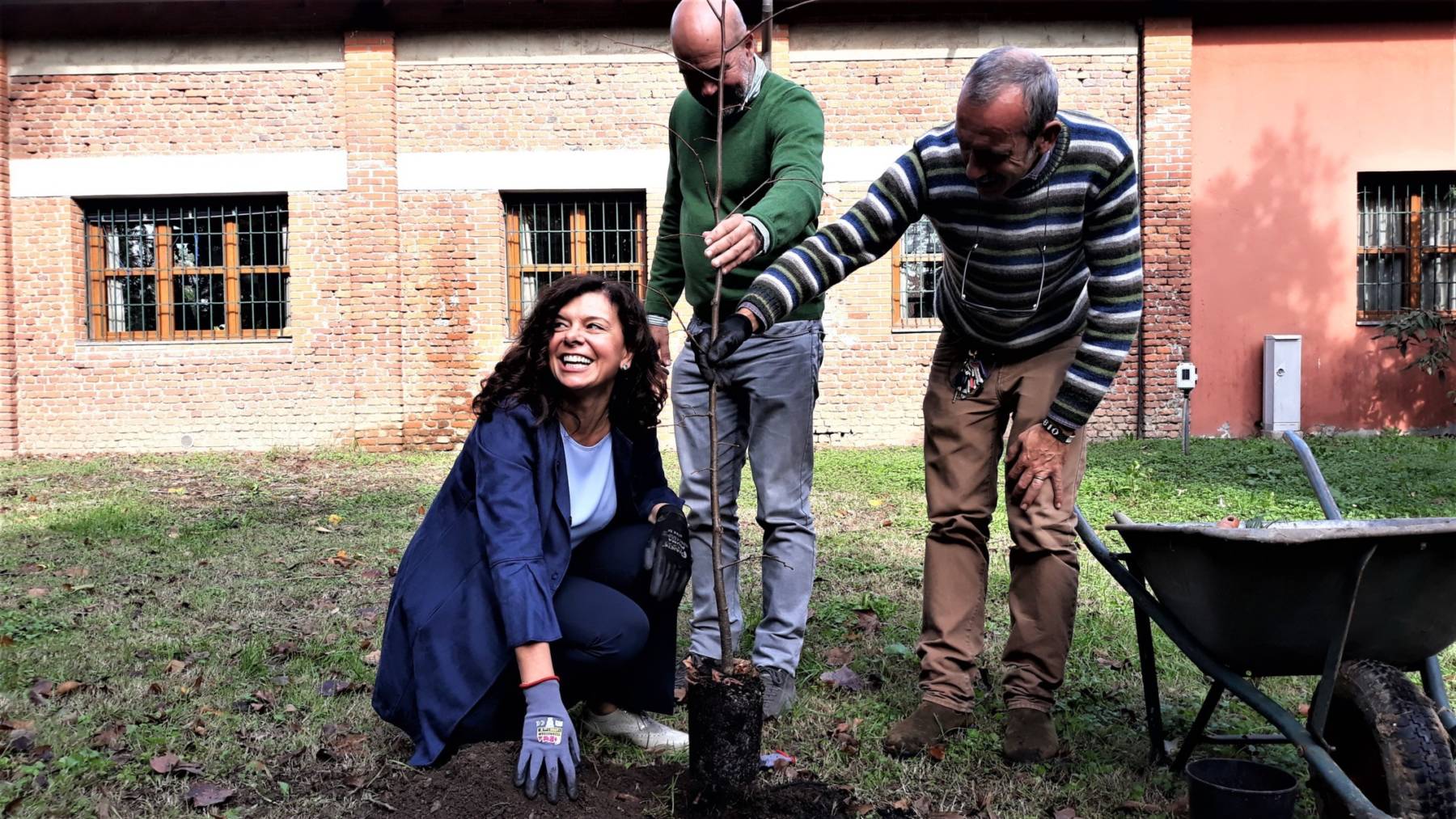 MILAN, Italy: The first tree of what will be the MyPlant&Garden Forest was planted by a group comprised of MyPlant&Garden trade show organiser, Valeria Randazzo (V Group SRL), Assofloro Lombardia (Lombardy’s trade association for ornamental horticulture) ReteClima (Italy’s national tree-planting campaign) and Parco Milano Nord on Friday October 25th.  Next spring, an additional 200 trees will be planted as part of a strategic plan to expand Parco Nord Milano, Milan’s largest park located in the northern part of the city.

What you know about Milan: it is one of the most fashionable cities in the world;  it’s the seventh most expensive city in the world; it’s the finance capital of Italy and its austere facades and piazzas look more grey than green. Until now.

ForestaMI, the city’s ambitious tree-planting project will turn the city into a lush green oasis to combat the climate change crisis and provide a healthier and more attractive environment for Milanese residents and tourists. Milan’s metropolitan area should have 3 million new trees by 2030. ForestaMI is part of Italy’s much larger national tree-planting campaign, ReteClima,  which aims to plant 60 million new trees across the country.

Italy’s rapidly expanding horticultural trade show MyPlant&Garden, taking place in February from 26-28 at Fiera Milano Rho, is delighted to lend the city a helping hand as Milan’s project presents an important model to other cities for going green. Besides generating great publicity for the MyPlant&Garden trade show, the show organisers believe the MyPlant Forest will contribute to a low carbon economy. “When fully grown, the dense mass of deciduous trees, including Quercus robur, Quercus petrae, Acer spp., Carpinus betulus and Prunus avium is set to absorb 50,000kg of carbon dioxide from the atmosphere, the equivalent of a 315,000 km car journey,” MyPlant&Garden calculates.