Home > > Modiform capitalises on the popularity of sustainability

Modiform capitalises on the popularity of sustainability 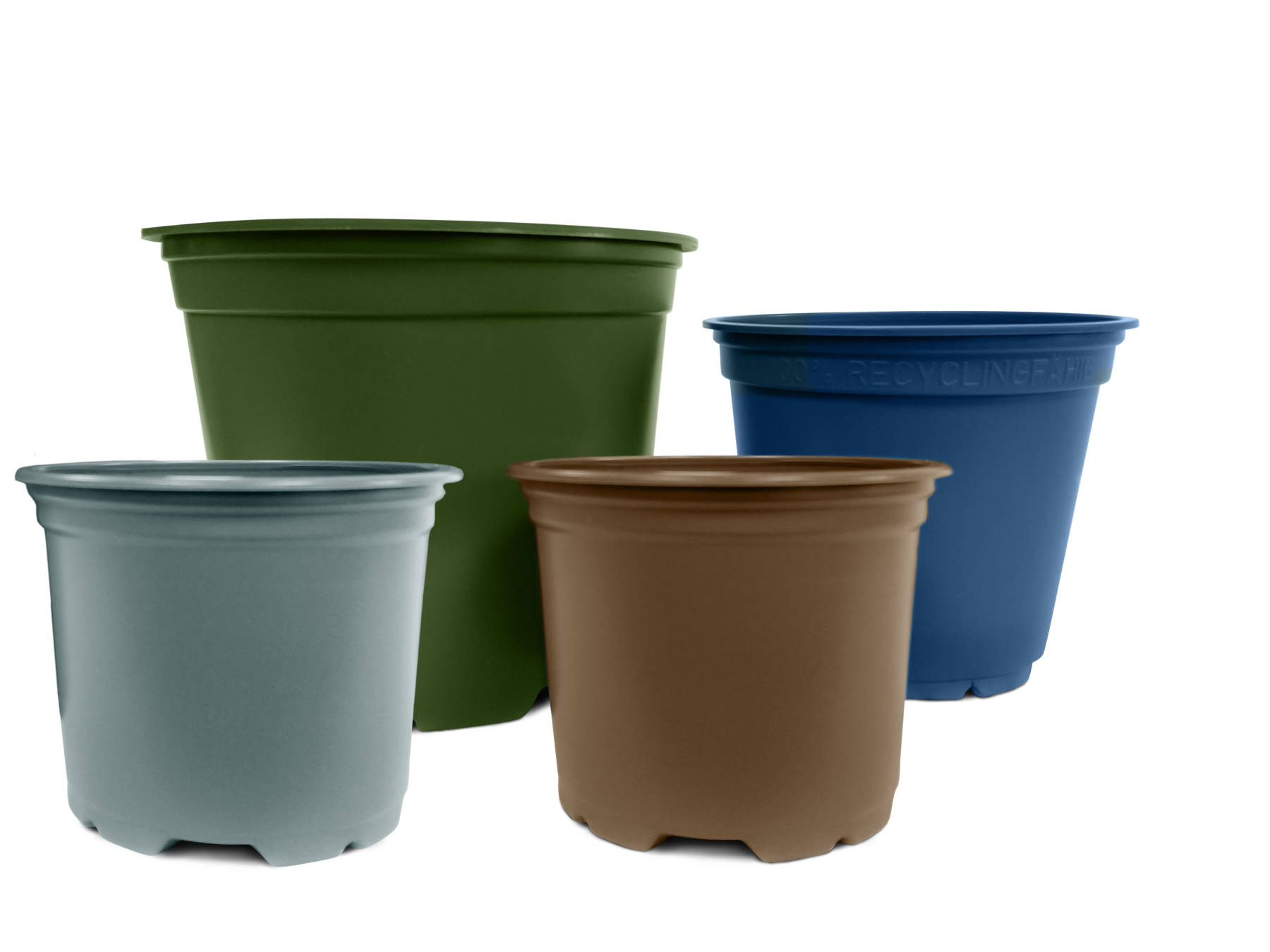 Dutch-based horticulture packaging and plastic manufacturer Modiform takes proactive measures to improve sustainability by bolstering its EcoExpert brand of pots and trays made from recycled paper pulp. Meanwhile, the company is dedicated to creating closed-loop solutions to expand the recovery and processing of used plant trays.

“Sustainability is embedded in everything Modiform does,” says Kees van Beek at the company’s stand at this year’s IPM Essen show. He adds, “We constantly seek to work with members from all parts of the industry value chain including breeders, propagators, finished plant growers, auction reps and retailers. The quest for sustainability is ongoing at all levels with the ornamental horticulture industry bringing its own, more sustainable products to market. As there’s a rising anti-plastic sentiment around the world, we at Modiform aim to develop the right message for each of our products.” 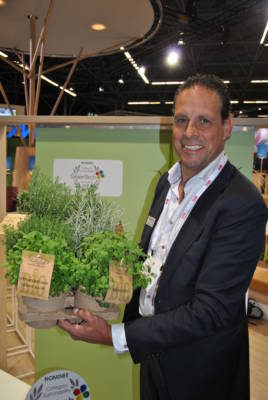 For some product ranges the story line might be easier than for others. In B2B packaging, for example, Van Beek distinguishes the polystyrene propagation trays which are highly recyclable, despite the commonly held misconception that the material is less recyclable than other polymers. “Trays are collected from the Dutch grower to be cleaned, re-processed and made back into pots and trays. It’s a system of closed-loop recycling that is significantly expanding. We have doubled our recycling capacity over the past year. Not only are Dutch young plant producers involved but also major propagating firms in the UK, Germany and Belgium which means that logistics must be well-oiled.”

The story becomes more complicated when single use polystyrene transport trays are involved. They are durable and easy to use but are frequently discarded by garden retailers and florists across Europe as they are not backed by a deposit return plan. Van Beek: “However, one should not forget that especially in further away regions growers collect these trays to reuse them. As such, they are often granted a second or third life. Meanwhile we are working on trays which are made from non-black, carbon-free, recycled polypropylene that can be identified by near infrared sensors and consequently suitable for kerbside recycling.”

In 2018, Royal FloraHolland’s attempts to position itself as a vital part of a green industry suffered a blow when environmentalists accused the cooperative of being a major contributor to the plastic crisis by forcing member growers to use only RFH’s own single use Normpack trays (in which Modiform is one of the five stakeholders). The auction signed up to the Plastics Pact NL, a collaborative initiative – comprised of businesses throughout the plastics industry,  the Dutch government and NGO’s with the aim of creating a circular economy for plastics. Van Beek says Modiform is actively supporting the Pact.

The Pact came four months before more than 180 nations agreed to add plastic to the Basel Convention – a treaty that regulates the international movement of hazardous waste. “The plastic debate has evolved from much talk to more concrete actions. The horticulture industry, as a whole, is becoming more and more involved in the end-of-life disposition of their products. The retail is also taking note. The sale of plants and flowers is sensitive to a consumer that is becoming increasingly environmentally conscious and environmentally responsible.”

Modiform has always been keen to be ahead of the game. At the 2020 IPM ESSEN show, the company showcased the latest additions to ‘EcoExpert’ , a range of trays, made from the pulp of recycled paper all of which are recyclable, compostable or biodegradable. 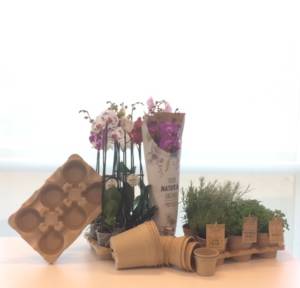 Van Beek is very excited about EcoExpert’s progress. Dutch potted orchid grower Stolk Flora is currently using EcoExpert trays to their satisfaction as is potted herb grower Herbachef from Belgium. He says, “Modiform offers four decades of expertise in plant growing trays that has helped design and refine the EcoExpert plant tray. It offers loading efficiency for Danish plant trolleys and durability as tests revealed the trays can hold water for a maximum of six weeks. The latter feature is thanks to a natural wax additive in the cardboard mix which blocks the microscopic holes to create a water barrier.” EcoExpert also includes a line of pots in sizes ranging from 9 – 19 cms.

As with basically all green goods, EcoExpert products cost nearly 30% more but Van Beek expects government incentives, pressure on both growers, retailers and consumers will spur further demand and reduce the purchase price of  eco pots.

Van Beek adds candidly, “there’s room for improvement: the trays  are nestable but still require a lot of space. What’s more, EcoExpert trays are primarily used only in the delivery stage, (thus involving repacking and double use of resources) although a potted herb grower from in Albenga is growing plants in the EcoExpert pots.”