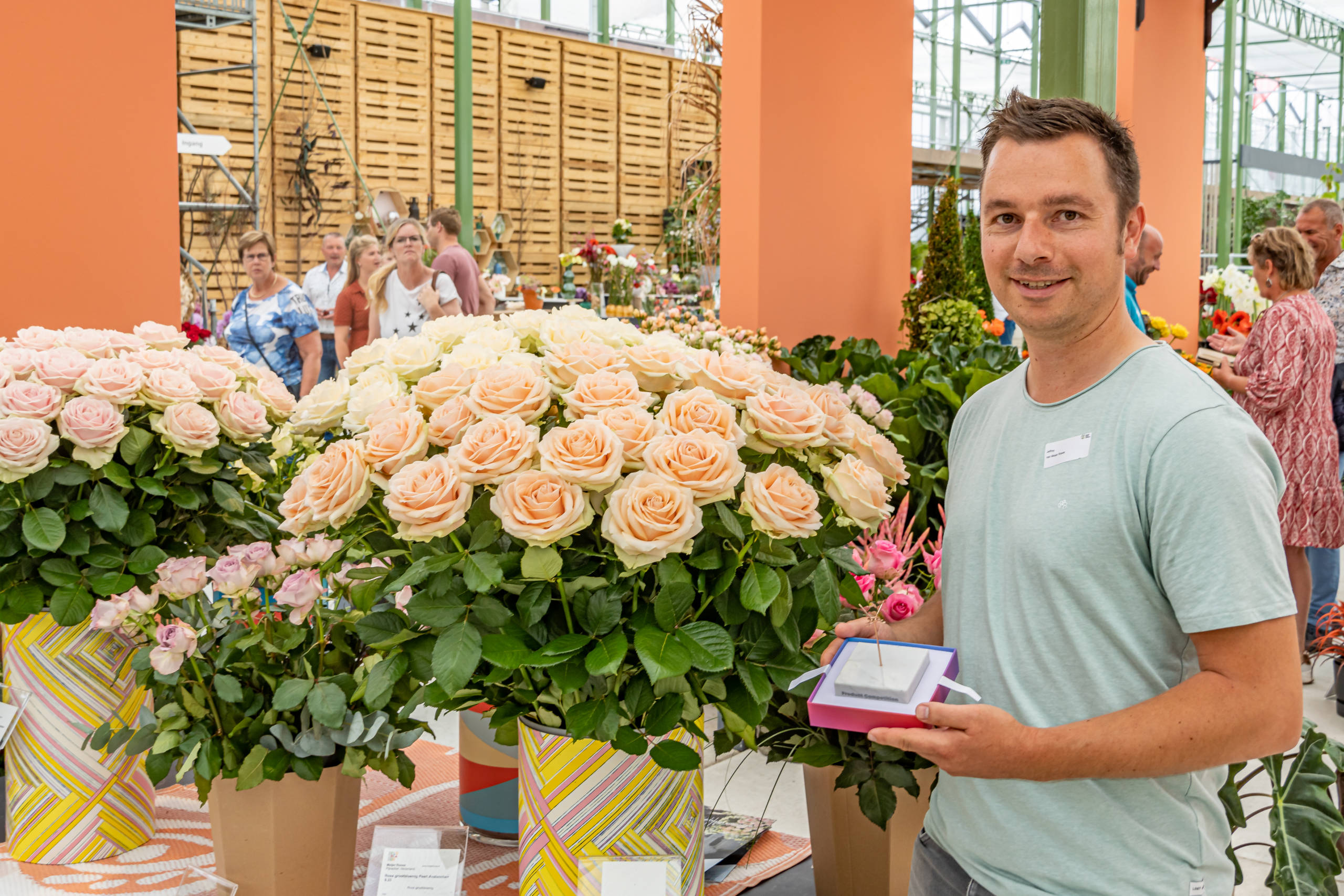 ALMERE, Netherlands: A luxury, large-headed rose with a high petal count and featuring spectacular blooms in peach, pink and green hues, and a captivating yellow creamy spray rose, were just two of the rose varieties that earned a top spot in Floriade’s sixth Best in (Greenhouse) Show Awards.

Aad van der Knaap, chairman of the Floriade judging committee announced the sixth round of winners on Thursday 30 June. He handed out awards in two categories: Large-Headed Roses and Intermediate/Spray Roses.

Meijer Roses from Pijnacker reigned supreme in the first category winning Gold, Silver and Bronze for respectively ‘Pearl Avalanche+’, ‘Avalanche +’, and ‘Dorchester+’.  The winner ‘Pearl Avalanche+’ illustrated the exceedingly high quality of all of Meijer’s entries. The award-winning rose stole the show for its luxury blooms in peach/pink/green hues that beautifully contrast with the lush green foliage.

Piet Wapperom from the Stimuflori foundation presented Fransen Roses also with the Floriade Excellence Award for its spray rose ‘Kate-Lynn’. This award recognises blooms with the wow factor. The judges praised the unique pink creamy colours, uniform and multiple blooms of this classical rose beauty. 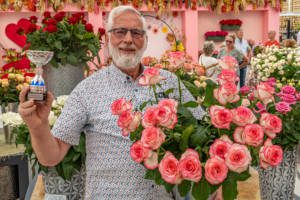 The Floriade Best in Show Awards recognise and promote the very best in ornamentals production undertaken by Dutch growers and their counterparts abroad, judged by a panel of expert judges and public votes.

The sixth Floriade Awards Ceremony took place in what, until 27 September, is the home of 13 alternating flower and plants shows: the Green House. The awards are a celebration of the high standards that have been achieved by growers worldwide who, by participating in the Floriade contests, demonstrate their commitment to quality flower and plant growing.

Guido Thys from Flanders gave a keynote speech on creativity and innovation and explained his audience all the ins and outs of systems thinking in the business environment.

The next Floriade Awards Ceremony, is set for 13 July, with summer flowers and Gerbera occupying pride of place.