Home > NetherlandsTech > Measuring = accurately knowing and controlling what you are measuring 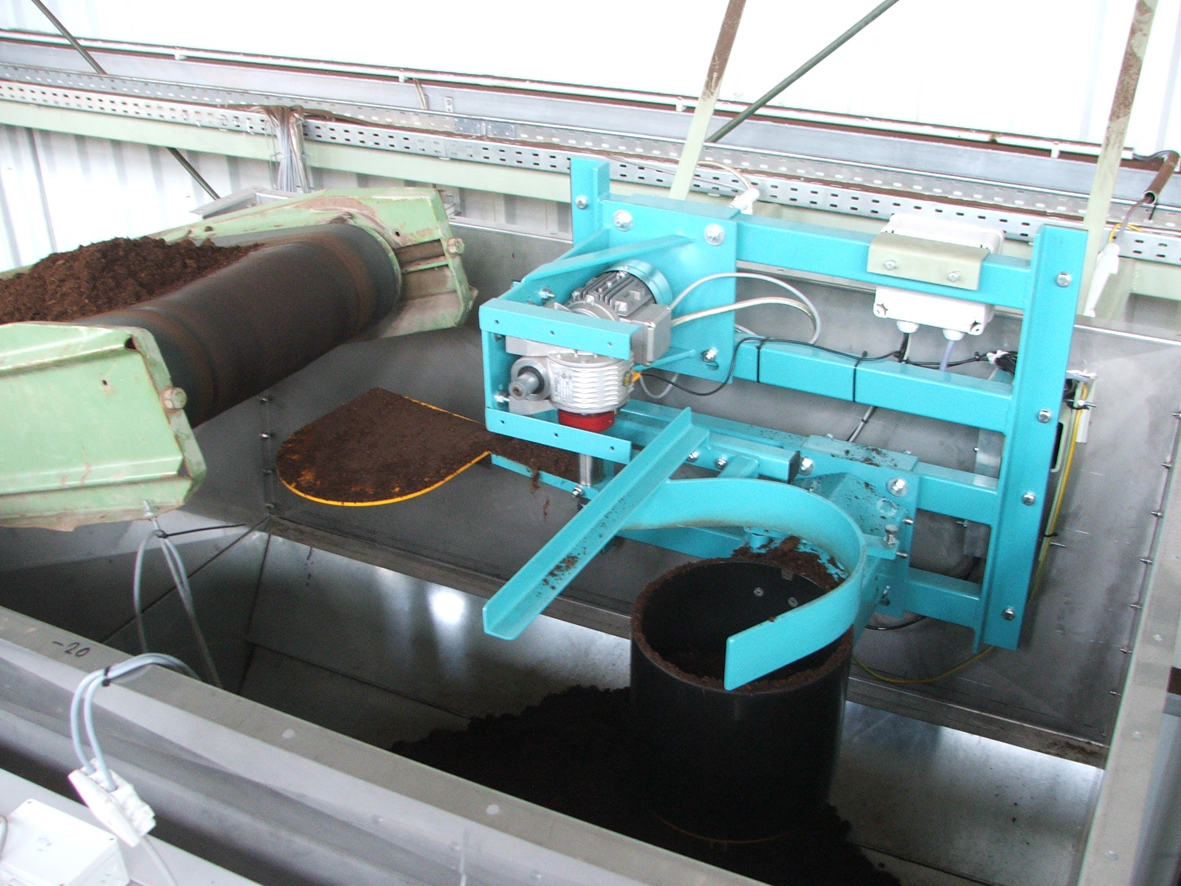 INADCO Engineering is one of Europe’s leading measurement equipment distributors and manufacturers, servicing amongst many sectors the horticultural industry since 1996. The company’s first-class reputation is built on cutting edge technology used for the most accurate controlling and measuring of growing media’s bulk density and moisture content. In the January 2022 edition of FloraCulture International, they talk about the importance of using the right tools for measuring the bulk density of substrates.

Today, measuring the bulk density according to the European standard EN 12580 is expected in the substrate and potting soil industry.

It all began in 1999 when the growing media industry in Europe agreed that trading measurements of peat and potting soil must be based on Bulk Density, which is based on weight, not volume.

The Bulk Density is determined according to the description set out in the EN12580.

External factors can always affect the optical volume of a load once a fully loaded truck leaves the factory. Factors such as road vibrations can compress the material and visibly lower the load, causing customer complaints. Using ENm³ overrides the many theoretical discussions about the right amount of product arriving at the buyer.

When following the method ENm³- volume in trade of substrates puts an end to any accusations of miscalculations of orders. 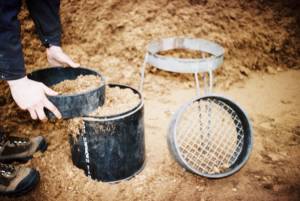 The manual way of determining the bulk density according to the EN12580.

Before using this formula, the industry physically measured bulk density by hand – a thankless task involving heavy work, time-consuming, inaccurate methods, especially with a 20-litre cylinder and several screens resulting in one or two measurements per batch.

So, at the turn of the century, INADCO started to design, manufacture, and distribute high tech equipment to allow for greater efficiency, accuracy and less labour when measuring potting soil and substrate.

The INADCO system measures according to the EN12580. As such, INADCO heralded a new era where numerous calibration lines for each product were no longer necessary.
INADCO supplies the horticultural industry in Europe with an unrivalled choice of precision measuring equipment, including bulk density metres according to EN 12580 and moisture content metres.

Examples of bespoke solutions in which the company has custom-made calibration systems for specialist operators in the past few years include:

Mission statement now and in the future 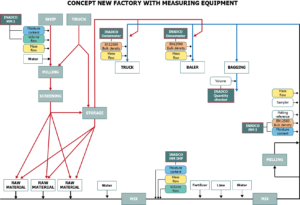 Concept of a modern production factory.

The INADCO brand name and quality assurance stand for achieving a higher, better, and homogeneous product quality during production.

In 2000, the company launched its first Bulk Density metre and today has an extensive range of measuring equipment for controlling the production runs of a substrate and potting soil.

Moisture content, fertiliser, raw materials, and production methods are just a few factors impacting the amount of the end product.

Looking to the future, substrate regulations will become stricter, forcing entrepreneurs to gauge their production processes to comply accurately.

INADCO will be there to support businesses adapting to all regulation changes and customer requirements.

The INADCO Densimeter is a bulk density metre consisting of three major parts; a measuring module and a motor module, all attached to a sub-frame.

The sampler module is an electronically driven shovel that rotates through a falling product stream and, in that way, collects a small sample of the product.

The measuring module consists of a cylinder with the same volume as the cylinder used in the manual EN 12580 method. The measuring cylinder is mounted on a weighing cell.

The sample taking is repeated until the measuring cylinder is full. The sample taking will pause, and after calculating the bulk density, the shovel shall rotate over the measuring cylinder to open the bottom. All the collected samples will slide out of the cylinder back into the main product stream. The shovel shall rotate back, close the bottom and start again with the sampling.

The sampling, calculation and emptying are done in approximately 60 seconds, resulting in a measurement every 3-5 m³ of product. A much higher rate compared to the manual method.

The Densimeter device can be extended to accommodate the options of moisture and potting reference measurements.

What is the Potting Reference all about when filling pots?

It is important that the soil in the pot is compacted for firmness, has the right degree of aeration for root growth and the right amount of nutrients.

If the potting soil is pressed too hard, it will not benefit the plant and its growth of roots, and if the soil is not tamped down enough, the crop can simply fall over in the pot, or the roots cannot get the nutrients.

But what if an alternative replaces peat due to scarcity and legislation? Can a product still be made by the potting soil manufacturer where the plants feel happy?

These issues are now a reality.

Often the mixture, including alternative peat products, is considered more expensive. But is this really so?

Perhaps, per ENm³, this is true, but what if more pots can be filled from the same EN volume, whereby the alternative mixture retains the same properties for growth as the peat mixture?

And how do you demonstrate this?

The Dutch RHP has investigated which compression is used by the various growers and breeders and has designed the Potting Reference based on this. The parameters in this reference are intended for the most common industry compression.

With the Potting Reference, the potting soil producer can show his customer that at least as many pots can be filled with the alternative mixture, but with less product. Or is the volume the same, but can we fill more pots?

This measurement makes the Potting Reference, just like the moisture content and the applied nutrients, also a parameter that says something about the quality of the potting soil. After all, variation in the Potting Factor results in variation in the aeration of the soil. But also in the amount of potting soil in the pot and thus the total number of nutrients present.

The Potting Reference is a quality factor, but the horticulturist can also use it when ordering the potting soil. If the grower knows how much soil has to be put in a pot to get the ideal aeration and compression, he can order precisely the right amount of potting soil.

EN 12580 the essentials
European Standard EN 12580 describes how to measure your soil’s bulk density in detail.
The method uses screens with different mesh widths, depending on the product you measure.
The purpose of the screen is to prevent the soil from falling from such a height that the soil already in the cylinder will be compressed due to the impact of the falling soil.
The screen also regulates the amount of soil that can fall at a specific time as a whole in the cylinder.
Due to this method, the cylinder will be filled as homogeneously as possible.