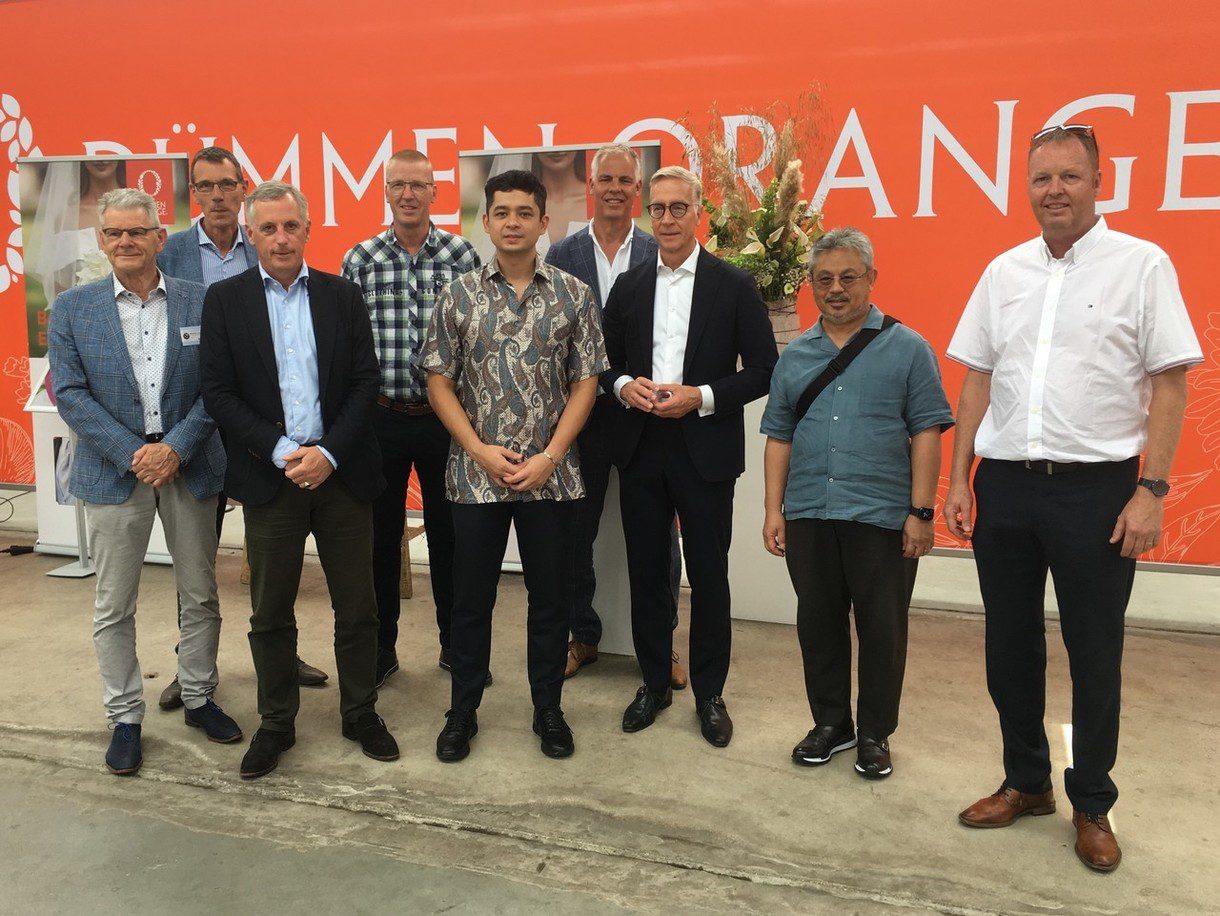 WESTLAND, Netherlands: Dümmen Orange had a brush with royalty 16 June 2022 as Tengku Hassanal Ibrahim Alam Shah, the Crown Prince of Malaysia, toured the facilities and discussed potential future collaborations between the plant breeder and propagator and the ornamental horticulture industry in Malaysia and the State of Pahang in particular.

By deciphering and analysing the genetic code of plants, researchers learn about the precise biological causes for existing or missing resistances. This knowledge enables them to systematically improve and expand on the plants’ inherent traits.

The R&D teams of Dümmen Orange have already been able to identify numerous traits to breed for natural resistance and tolerance in the company’s best-selling crops. The traits are now gradually being integrated into the breeding pipeline, with the researchers also taking note of the plants’ perfection in terms of flower shape, growth habit and shelf life in addition to the reliability in production and throughout the entire supply chain.

Malaysia has a unique rotating monarchy system, shared between nine royal households/families. There are 13 Malay states but only nine have royal families.