Leading the way in sustainable plastics 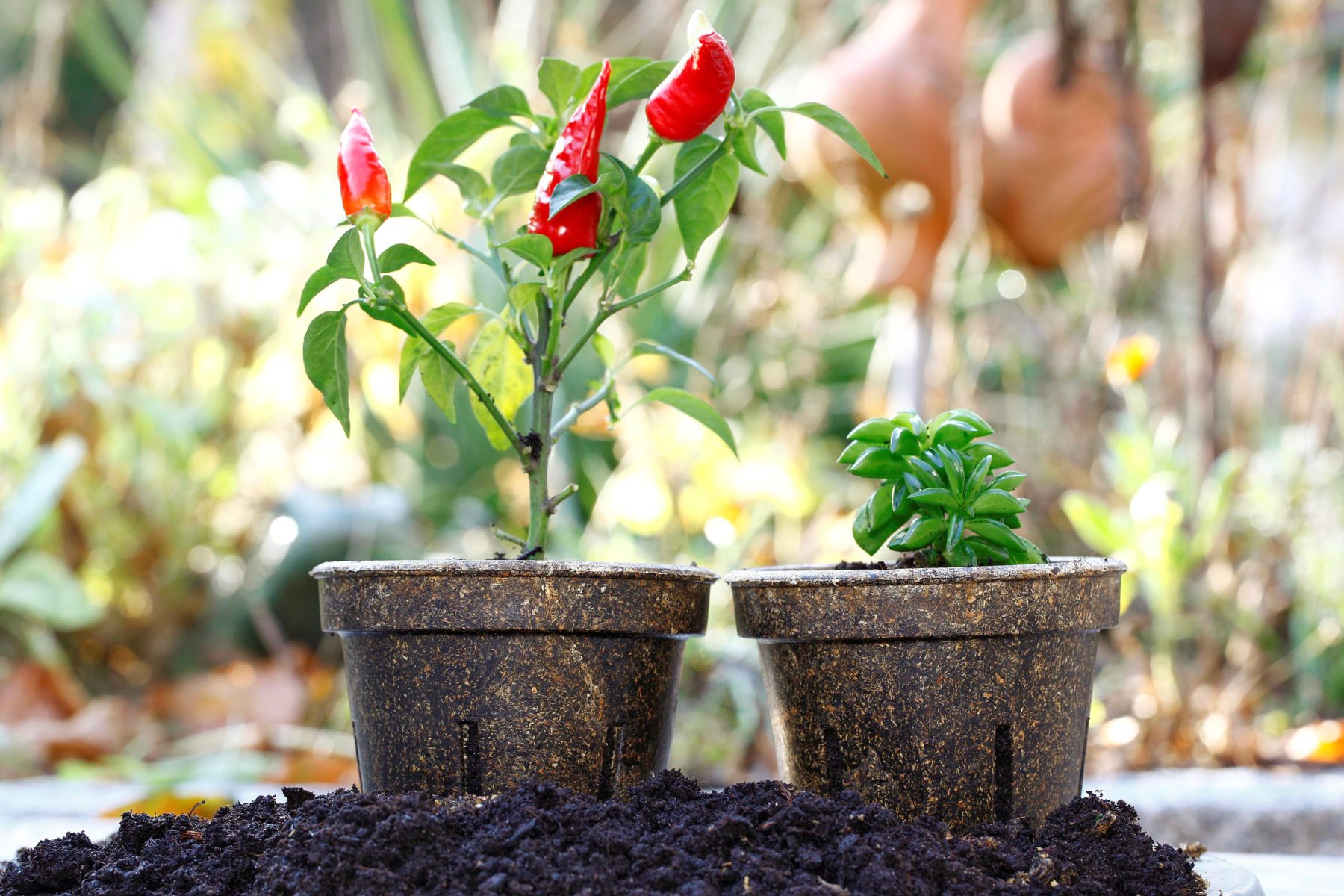 Dutch and UK-based plastic manufacturer Desch Plantpak offers growers across Europe a complete solution when it comes to standardised and custom made pots, containers and trays. Desch Plantpak strongly advocates a circular horticultural industry where plastics are collected, redesigned, re-used and recycled with D-Grade being their most powerful eco-friendly brand.

Originally founded as a start-up, Desch Plantpak traces its roots back to the 1980s when  Mr Deelen and Mr Schuddeboom from Beuningen were brave enough to buy two massive thermoformers and extruders and a huge collection of moulds supplying low-weight thermos pots/containers to an industry that was dominated by much heavier injection-moulded products. The company grew by leaps and bounds and acquired Synpro Horti Activities in 2003 which included factories in Waalwijk, Mundon and Congleton.

When the company’s history comes up it’s mostly because of work anniversaries. “It’s pretty amazing how often we celebrate employee milestones by getting a cake for them. Though we are owned by a private equity firm, we are proud of having the attributes of a family owned company,” says Jan Willem Wieringa, a 51-year old farmer’s son from the northern Dutch province of Groningen with over 25 years experience in the plastics industry who was appointed as Desch Plantpak’s CEO in 2014. 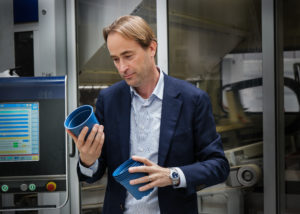 Wieringa is quick to add that there’s no need to dwell too long on the past. “What matters is the future. A new era needs new perspectives of strategy, especially now that the industry faces an unprecedented backlash against plastic packaging. We’re living in the most fascinating, at times equally frustrating, time period in the world to date. Often it seems that the truth belongs to the one who shouts the loudest and this also applies to the plastic debate.”

As a plastics manufacturer Desch Plantpak believes that its product portfolio is already  extremely sustainable. “Simply because our products made out of over 90% recycled material, whether it concerns injection moulding or thermoforming . Moreover, anything that is left over during production is reused as raw material,” ensures Wieringa. 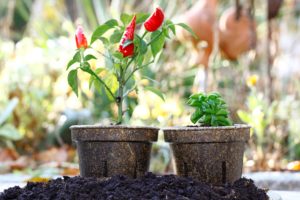 The company’s chief feels sorry that plastic panic seems to be everywhere. “Unfortunately, the plastics debate has gone off track following garbage patches in the oceans and marine animals entangled in plastic debris.” We must individually take responsibility, Wieringa says, drawing an unconventional parallel between plastic waste and dog poo. “If you step into it, can the dog be blamed? The answer is no. It all boils down to the dog owner would should be responsible and pick up after their dog.”

The plastic crisis emerged very suddenly creeping into society seemingly out of nowhere, leaving the manufacturer’s marketing department scratching their heads. Wieringa:  “Only a few years ago they were predominantly focusing on appearance of plants on retail shelves. Now we are clearly ramping up our sustainability communication.” 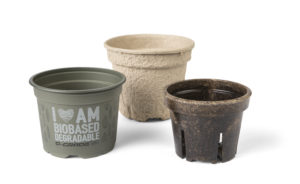 In Wieringa’s ideal world all plastics would be collected, redesigned, re-used and recycled but the journey to achieve this requires leadership, sector collaboration and considerable technical innovation.

The company, for example, redesigned a range of trays with more rounded edges to reduce material use by 10% while increasing its potential for recycling and reuse. Additionally, a collection and recycling service is available for long term customers in the Netherlands and the UK with all material collected from the grower being cleaned, re-processed and made back into pots and trays.

Owned by Lincolnshire Management from New York, Desch Plantpak is part of an international conglomerate with manufacturing sites on two continents and customers in over seventy countries worldwide. Wieringa explained that Desch Plantpak attributes almost 70% of its earnings from exports with Germany, France, Belgium and Italy being its major markets. In Eastern Europe there’s still room for growth while the Dutch domestic market (relying on three production sites in Waalwijk, Ter Aar and Beuningen) has remained fairly stable over the past few years, it still accounts for 30% of total sales. “However, our UK-based manufacturing site in Essex also produces for the home market so it depends on how you interpret ‘home market’, explains Wieringa. He adds, “With an annual revenue of almost €70 million, Desch Plantpak ranks among the biggest nursery suppliers.

Desch Plantpak offers a wide range of products –pots, decorative containers, marketing trays, shuttle trays, propagation trays, bedding plant systems and hanging baskets to a broad client base (plant propagators, breeders, finished product growers and garden centres). Being a global company there’s no such thing as a ‘one-size-fits all’ approach. “Contrary to one of the famous quotes attributed to Henry Ford – any customer can have any colour he wants, thus not only black. Think of the UK’s Taupe plant pots which are made from carbon-free, recycled polypropylene that can be identified by near infrared and consequently recycled through kerbside recycling. More or less serving the same purpose in the German market is our Recover brand including blue pots made of recycled plastic that are easy to identify in recycling processes. Customers look for different colours as they feel these are easier to recycle.”

One of the company’s shining examples of innovation is the product line including pots and containers with strong green credentials. Launched in 2009, the D-Grade brand of eco-friendly pots and trays have been extended to currently include D-Grade Bio and D-Grade Fibre. D-Grade Bio is a 100% plant-based product, which is perfectly suited for (organically) growing potted herbs and vegetable transplants, while the Fibre range is made from recycled paper pulp and includes an intriguing blend of egg and plant trays. Wieringa commented that the packaging is still in the testing phase which also applies to D-Grade®EVO, a pot which is set to create a stir in the packaging industry. EVO pots are made from green waste and as such are 100% biodegradable. They can be placed in the ground with the plant and its compost, and decompose in the soil naturally. Wieringa pointed to an interesting trial involving large-scale Hedera growers in the Netherlands who specialise in big project-based roadside plantings sometimes requiring up to 100,0000 plantings at once. EVO requires special orders in advance and offers the additional benefit of fertilising the plant once it is in the ground.

Wieringa, an active member of the Rethink think tank, an industry association regrouping the Dutch rubber and plastics industry, stresses that his company focuses both on concrete actions and discussing the plastic issue at all levels of the value chain . He thinks it is extremely important to get ideological opponents to work with the industry. “Ecologists and the industry don’t need to be enemies in this transition. We all know that plastic is also a success story. It’s all around us, it’s cheap, lightweight, flexible, impermeable and extremely tough.”

However, of all the ironies about plastic perhaps the greatest is its short time use combined with an extremely long life. “So the worst thing we can do is to quit plastic as quick as possible. Instead we just need to value it,” he says. “Plastic only becomes waste when it’s wasted on single-use throwaway items.”

The winds of change are in the air. “We’re slowly succeeding in having the industry more involved in the end-of-life disposition of their products. Up to 25 years ago growers didn’t even think about it.” 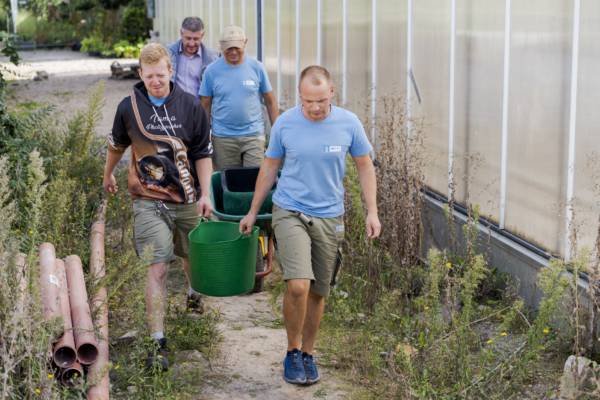 Bayer in Monheim, Germany, recently announced that the company had closed the previously announced transaction with Ginkgo Bioworks to begin… 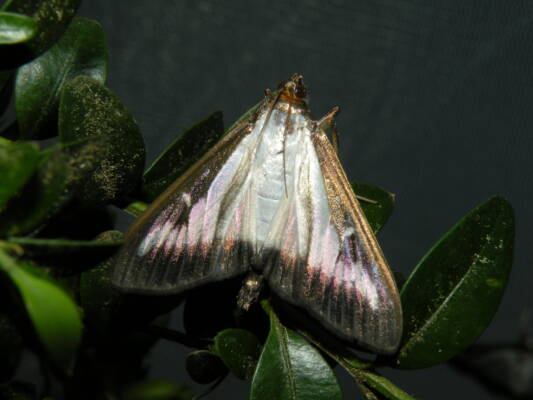 The rapidly spreading, invasive box tree moth has decimated ornamental and wild boxwoods in Europe. Its economic, environmental, and societal…