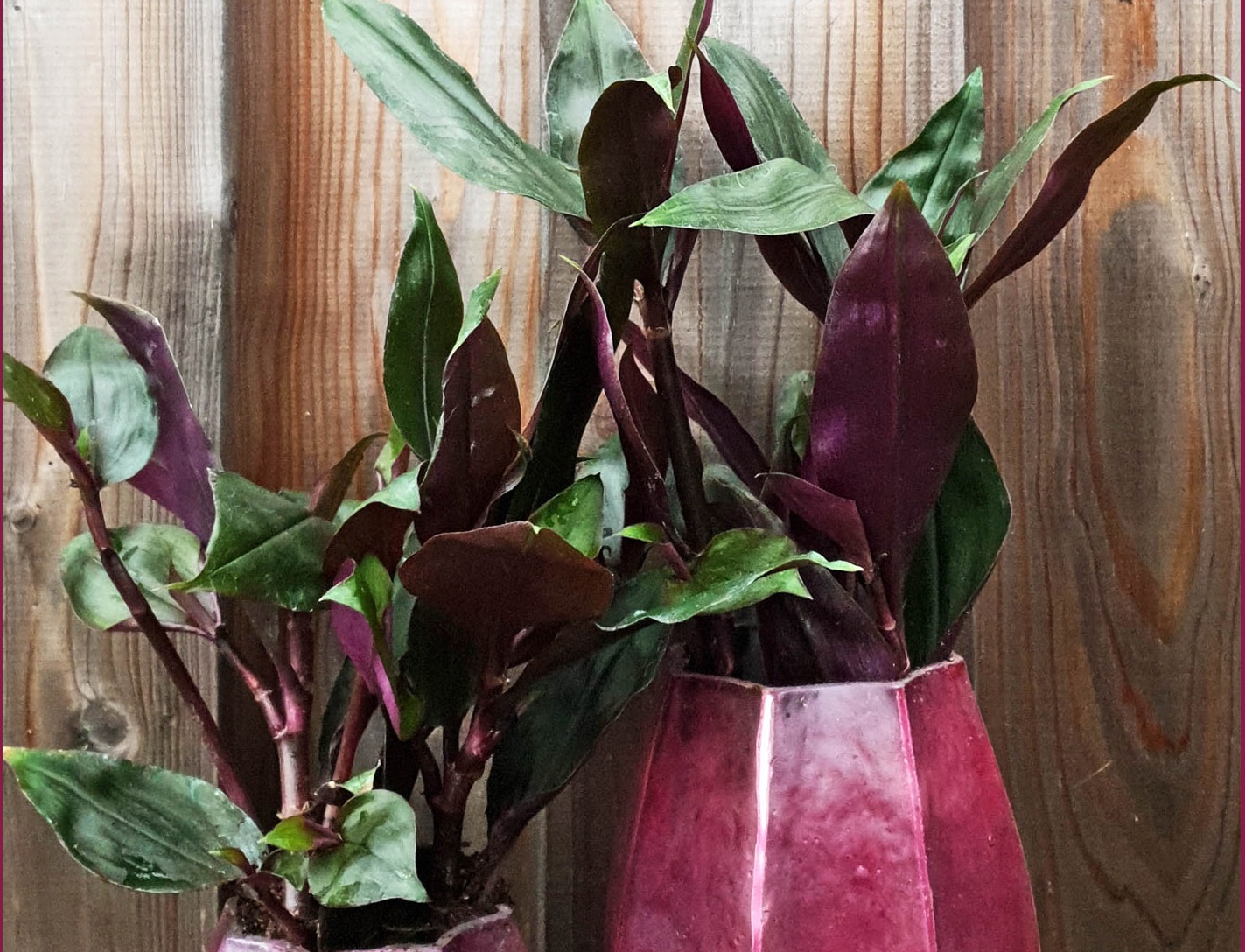 Grower Ruud Scheffers, a specialist Dracaena (dragon tree) grower is delighted to add Roxxo to his offering. He says, the plant not only matches the production of his main crop, but is also easy to care for and looks graceful in any setting. What’s more, Roxxo transports well and has a long shelf life, making it an interesting option for wholesale buyers.

The genus Tradescantia is native to North and South America and comprises about 60 species, of which most are hanging plants. Roxxo, however, is an upright Tradescantia.

With the launch of Roxxo, De Plaats taps into the renewed interest in houseplants, which under lockdown became even stronger. The houseplant’s resurgence in popularity is not surprising. Houseplant bring the outdoors in, and offer plenty of health benefits, including purifying the air.

Tradescantia Roxxo in a 12 cm pot, including recyclable plant label, is expected to begin shipping to auction-based plant exporters starting week 43. For now, product volumes are limited. De Plaats, however, will soon ramp its production and introduce new pot sizes.

Pretty in green and purple, Tradescantia Roxxo grows upwards and looks graceful in any setting.

Founded in 1985 by husband and wife team Ruud and Agnes Scheffers, De Plaats is a producer of Dracaena young plants and finished plants.

More recently, the company has expanded its cuttings production by more than 15 per cent. Young plants will become available within 18 months. Instead of importing cuttings from Costa Rica, greenhouse business De Plaats grows around 1,500,000 own cuttings on hydroponics, selling them under the Dragontree®  brand to growers around the world, including Costa Rica!