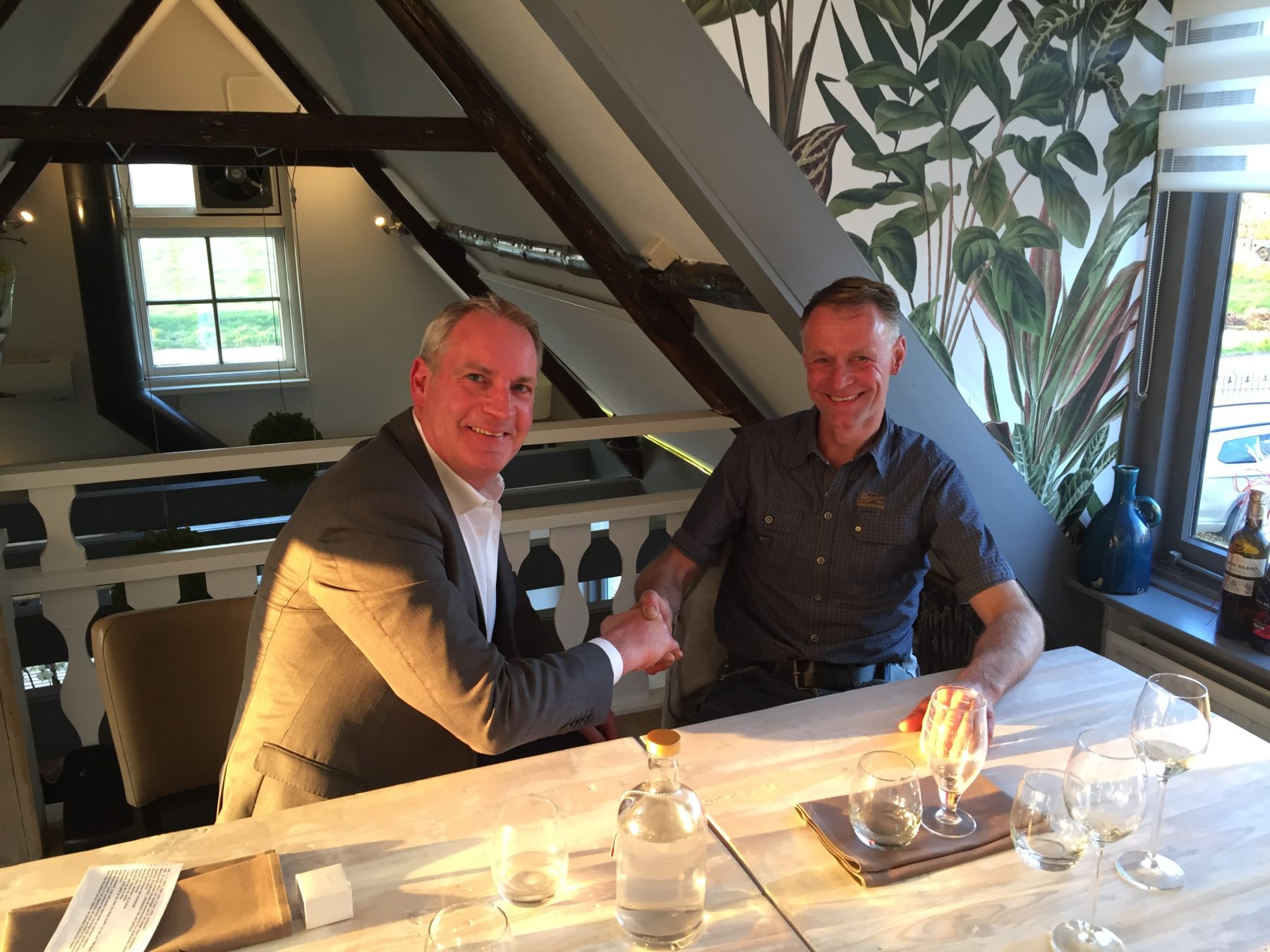 Plantarium Chairman Jan Willem Griep presented Straathof with the Gold Pin Award for his leadership, vision and commitment as board member of Plantarium, a task which he has fulfilled since 2007. Accepting the accolade, Straathof said that, “I feel very fortunate to have been in the Plantarium board and represented our leading trade show.”

In his speech Jan Willem Griep praised Jos’ eagle on costs, his passion for the industry and sense of humour.

The Gold Pin Award recognises Straathof’s contributions to the industry at large. He was, for instance, closely involved in the study club LTB and later in study club Regio Boskoop, Stichting Kringfonds and the Boskoopse Veiling.

Wouter den Hollander from Kolster BV from Boskoop will succeed Straathof in the Executive Committee. Two new board members, Johan Stolwijk from Joh. Stolwijk & Zonen from Boskoop and Tieme van de Haak from F.N. Kempen from Mijndrecht, joined the General Board in February. Together with the new board members, the Nursery Trade Fair Foundation is again faced with the challenge of taking the trade fairs Plantarium and Garden Trials and Trade to the next level.