It’s tulip time in the Netherlands 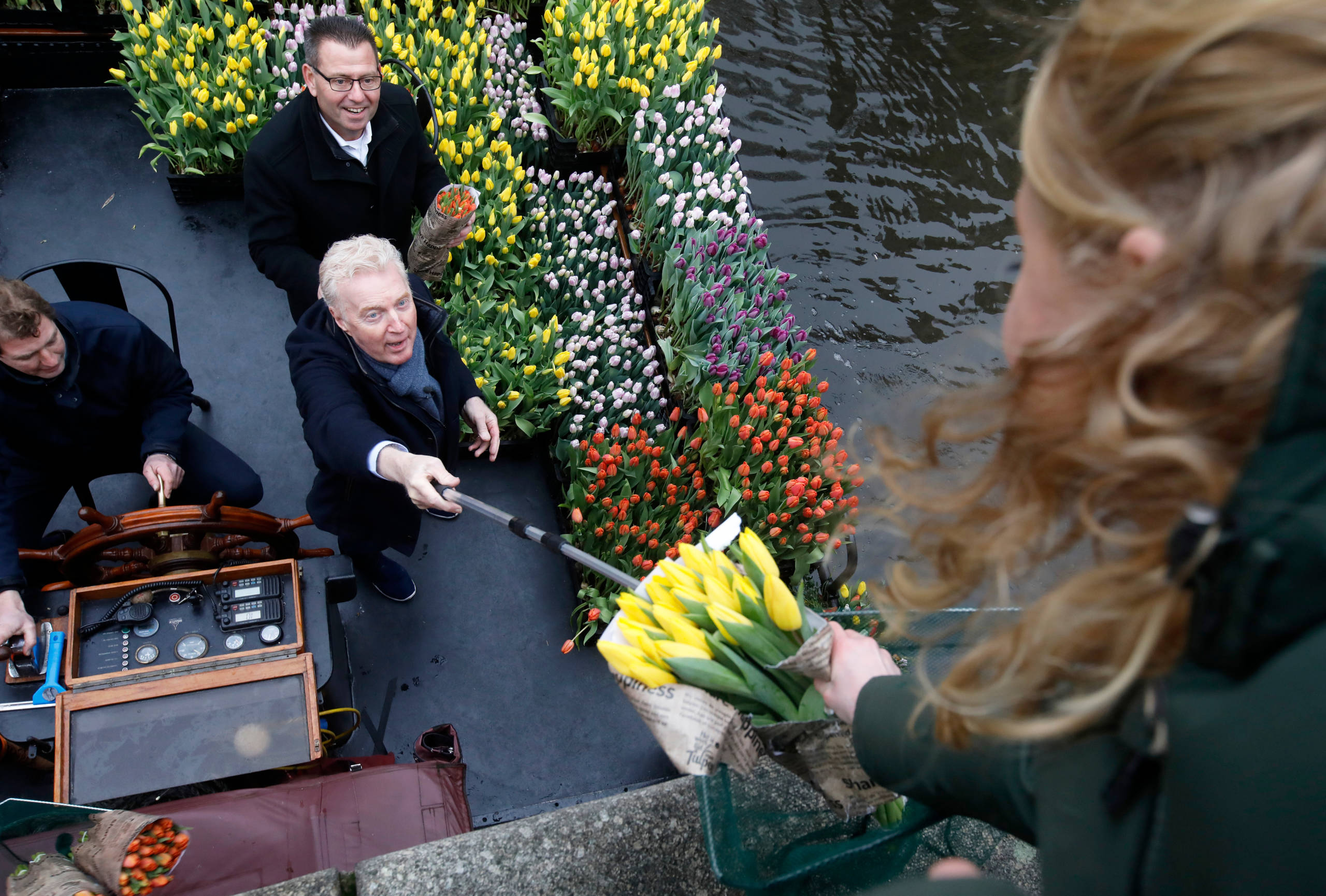 The Dutch cut tulip season launched a little differently this year. Under normal circumstances, the third Saturday of January marks National Tulip Day when visitors at Amsterdam’s Dam Square are invited to pick their tulips for free from a purpose-built tulip garden. But because of the omicron variant and the social distancing rules, the event organisers decided to throw an alternative spring bash. 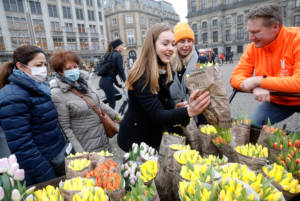 The theme for this year was ‘Share Happiness’ with Andre van Duin, arguably the nation’s most loved comedian, elected as a proud tulip ambassador. Van Duin was on board a boat that sailed through Amsterdam’s canals.

Along the way, the boat made several stops enabling Van Duin to hand out 2 bunches of tulip per Amsterdammer; one for own use and one to make someone else happy. The number of free tulip bouquets totalled 2,000 with an additional 10,000 single tulips with bulb attached presented in crates.  Freebie tulips included the cultivars ‘Strong Gold’, ‘First Class’, ‘Denmark’, and ‘Charade’.

The comedian is to celebrate his 75th anniversary on 20 February. To mark this special occasion, the Van Duin also performed a naming ceremony by pouring pink champagne over a sumptuous display of  ‘André  75’, a new yellow tulip.

The goal of ‘National Tulip Day’ – now in its 11th year – is to promote and support cut tulips. The event also highlights the importance of The Netherlands being the world’s largest exporter of tulip bulbs and tulip cut flowers. In 2017, the country forced 2.4 billion tulips into bloom and exported approximately 2.3 billion tulips bulbs.

National Tulip Day is an initiative of Tulp Promotie Nederland (TPN) – an alliance of 500 tulip forcers and breeders.

TPN President Arjan Smit – growing 11 million cut tulips per year in Spierdijk – said that there are many reasons to name a new tulip after the Dutch comedian. “All throughout his long-life career he has adopted a positive attitude. In the Netherlands, everyone knows the charismatic comedian André van Duin’ and his many iconic jokes and various short comedy sketches.

“With his extraordinary talent Van Duin brings people together regardless of age, gender, sexual orientation or ethnic background. And that’s exactly the message we want to spread with our ‘Share Happiness’ tagline.  In a twist of fate, we also found out that the tulip happens to be André’s favourite flower.”