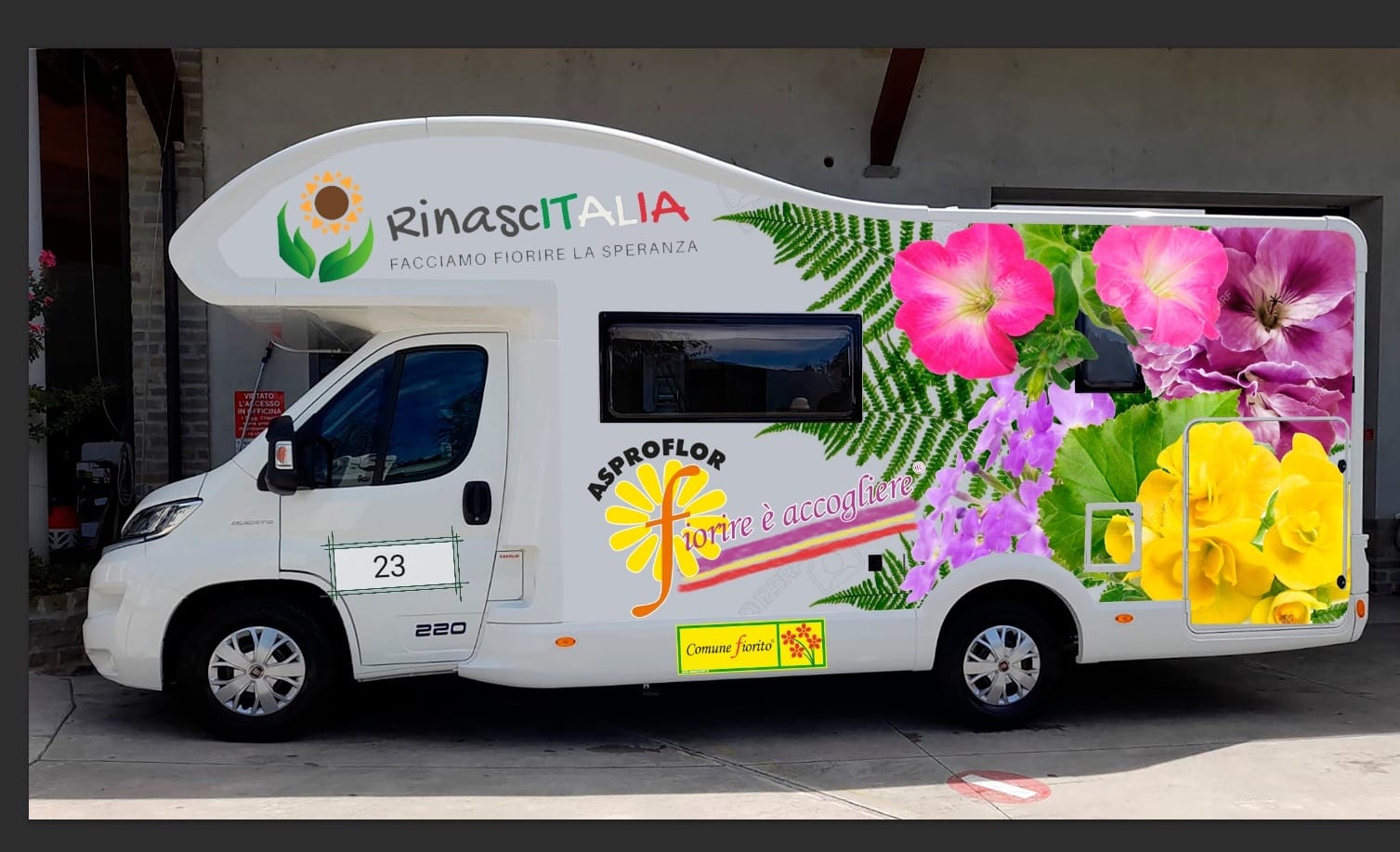 TURIN, Italy: To ensure their flowers and plants stay top of mind, members of the Asproflor trade association go to where the Italian flower shoppers are via the RinasITALIA (Let’s restart Italy) Roadshow.

What makes flowers and plants ‘made in Italy’ so special? What range of products do Italian growers supply and where can shoppers find them? And why is the presence of urban green spaces so important and what role does Asproflor and Communities in Bloom play in the green city movement?

These and many other questions will be answered during the RinasITALIA Roadshow. On Friday 8 October, the RinasITALIA green city awareness campaign campervan will make its first stop at the Palazzina di Caccia of Stupinigi, near Turin. The Palazza is the venue of choice for the floral art and garden exhibit FlorReal that will run between 8-11 October at the hunting residence of Italy’s former royal family, the Savoys. Here, RinasITALIA campaigners are sure to find a crowd of passionate flower aficionados.

The RinasITALIA Roadshow will travel coast to coast, from the Tyrrhenian Sea to the Adriatic to highlight the importance of urban green areas, flower and garden festivals, city beautification and garden contests. The roadshow’s additional message to the country is that ornamental horticulture in Italy post-pandemic is still alive and kicking.

This statement certainly applies to trade association Asproflor, which to date has a hundred members. Horticultural trade associations in Italy are a phenomenon judging from the dazzling number of 43 trade bodies. Almost all fulfil a regional task while associations such as ANVE, AVI, AFFI, Assoflora and Asproflor defend the national interest of flower and plant growers.

Assoflora is linked to trade union Coldiretti, while Asproflor has maintained its independent status. Asproflor was established in 1980 and has played a pivotal role in advancing, protecting and promoting the industry. In 1996 and 2018, it helped to build Piedmont’s regional pavilion at Euroflora. The same task awaits them for the 2022 AIPH-approved Euroflora show which will take place between 23 April until 8 May 2022 in Genua, Italy.

In 2004, Asproflor succeeded in launching an annual community in bloom competition in Italy, reminiscent of the first community gardening project that was born in Austria a century ago. In the early years, the Comuni Fioriti competition was more or less a Piedmont affair. But back in 2007, the contest gained national recognition. In 17 years, 2000 Italian towns and villages have participated in the Comuni Fioriti competition.

Vying for the highest honour in Italy this year are Ingria (TO) and Alba (CN).