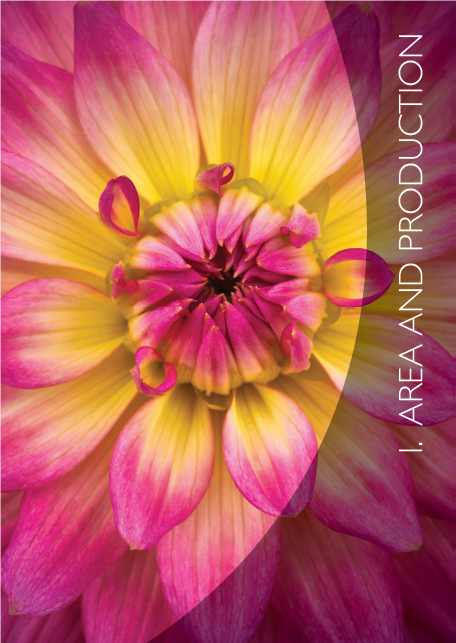 Georg Uebelhart, Jelitto Staudensamen GmbH and member of the International Perennial Union, initiated the first international meeting of perennial experts in 2008. Since then, the symposia have been fully booked for years and attract producers, landscape architects and representatives of institutions beyond European borders, who exchange views on perennials in the landscape, wilderness and urban use.

Anja Maubach, Arends Staudengärtnerei in Wuppertal, organised and hosted the symposium at Bildungsstätte Gartenbau in Grünberg for the sixth and last time. More than 100 participants from 15 nations came to find out about ‘Flora along the Silk Road’, ‘Plant collecting in Vietnam’, ‘Sustainable plantings and lesser-known perennials for hot summer’ and ‘Get inspired from the wild’. One third of the participants came from Germany, the third largest national group after the Netherlands was from the United Kingdom.

Aad Vollebregt, President of the International Hardy Plant Union (ISU), and Matthias Hub, Director of Bildungsstätte Gartenbau, thanked Maubach for her excellent work and her professional as well as philosophical and poetic approach to seminar design. Analogous to the ISU Awards, Vollebregt awarded Anja Maubach a certificate with six stars for the six seminars she has organised. Gerben Tjeerdsma, an ISU committee member from Sweden, will organise the next Winter Days and incorporate his professional views and personal preferences.

Jonas Bengtsson, President of the ISU Commission for Plant Analysis, reported on the perennials issued with the ISU Award in the ISU trials 2018. Information about the award-winning plants and the other more than 100 new varieties can be downloaded at www.isu-perennials.org  Bengtsson appealed to perennial growers to register online for the ISU Awards 2020 on the website.

ISU committee member Michel Le Damany explained the upcoming botanical excursion to the Pyrenees this year. The next ISU Summer Days will take place in the Czech Republic from 9th-12th August 2020. Petr Hanzelka from the Prague Botanical Garden organised the international meeting with the ISU and introduced the program briefly.

Photo: This year, more than 100 participants took part in the traditional group picture on a green lawn.