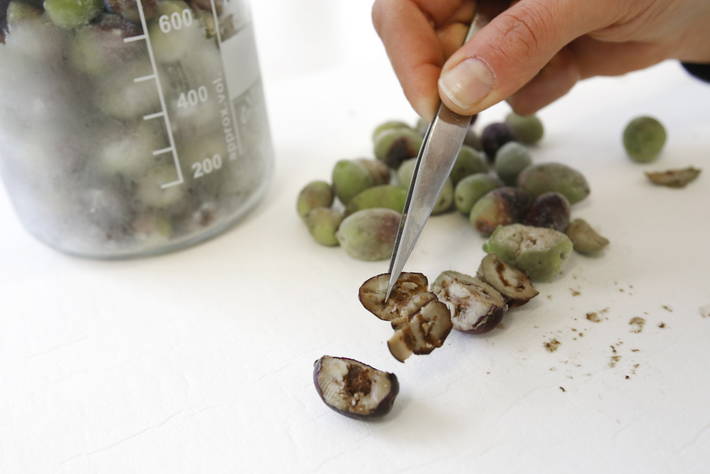 ROME, Italy: The body charged with keeping plant pests and diseases at bay and trade in plants safe has adopted new international measures to prevent pests from crossing borders and spreading.

The standards, including protocols to block highly invasive pests such as Xylella fastidiosa and the oriental fruit fly, were approved during the Commission on Phytosanitary Measures’ (CPM) annual meeting earlier this month.

CPM is the governing body of the International Plant Protection Convention (IPPC) – the only international body charged with setting and implementing phytosanitary standards recognized by governments around the world and the World Trade Organization-SPS agreement to facilitate safe trade and protect plant health.

“With increased trade and travel, the risks of plant pests spreading into new areas across borders is now higher than ever before. Each day, we witness a shocking number of threats to the well-being of our plants and, by extension, to our health, environment and economy,” said Bukar Tijani, FAO Assistant Director-General for Agriculture and Consumer Protection Department.

FAO estimates that annually between 20 to 40 percent of global crop production are lost to pests. Each year, plant diseases cost the global economy around $220 billion, and invasive insects around US$70 billion. “Many farmers and governments grapple with warding off highly destructive pests and diseases that are – on top of everything else – also new to them. The IPPC provides them with the tools and knowledge to keep their plants healthy and prevent pests from jumping borders,” added Tijani.

Measures include a new standard to provide guidance on improved fumigation methods. This is in response to growing concerns over fumigants that can be harmful to human health and the environment. The standard sets requirements for temperature, duration, fumigants’ quantity to make fumigation effective, and puts forward solutions to lessen fumigation’s environmental impact – for example, by using recapture technology to reduce gas emissions.

New IPPC standards also include diagnostics protocols that describe procedures and methods for the official diagnosis of six pests, including Xylella fastidiosa and the oriental fruit fly (Bactrocera dorsalis). Ensuring a correct diagnosis is essential to catalyse rapid actions to manage the pests.

Xylella fastidiosa is a deadly bacterium that attacks economically important crops such as olive, citrus or plum trees and grapevines. Since 2015, it’s been rapidly spreading from the Americas to Europe and Asia.  Once Xylella fastidiosa infiltrates a plant, it is there to stay – it starves the plant of water until the plant dies or becomes too weak to grow fruit. Xylella fastidiosa costs $104 million per year in wine losses in California alone. In Italy, the bacteria has led to the decline of 180,000 hectares of olive groves – many centuries-old trees – and constitutes a threat not only to Italy’s economy but to all Mediterranean countries’ economy.

The oriental fruit fly (Bactrocera dorsalis) has affected trees such as avocado, banana, guava and mango in at least 65 countries. In Africa, import trade bans due to oriental fruit fly infestations cause annual losses of around $2 billion.

Discussions at the week-long CPM meeting (1-5 April), which brought together more than 400 participants, including representatives of national and regional plant protection organizations, international organizations and FAO’s offices around the world, also focused on the programme of the International Year of Plant Health – proclaimed by the UN General Assembly for 2020. “Despite the increasing impact of plant pests, resources are scarce to address the problem. The CPM meeting discussed how the International Year of Plant Health could trigger greater global collaboration, engagement and awareness to support plant health policies at all levels, which will significantly contribute to the 2030 Agenda for Sustainable Development,” said Jingyuan Xia, IPPC’s Secretary.

As of today, the CPM has adopted more than 100 International Standards for Phytosanitary Measures (ISPMs), covering all areas of plant quarantine.

Pictured is a technician who checks olives for pests’ infestations in Italy where Xylella fastidiosa has led to the decline of 180,000 hectares of olive groves.