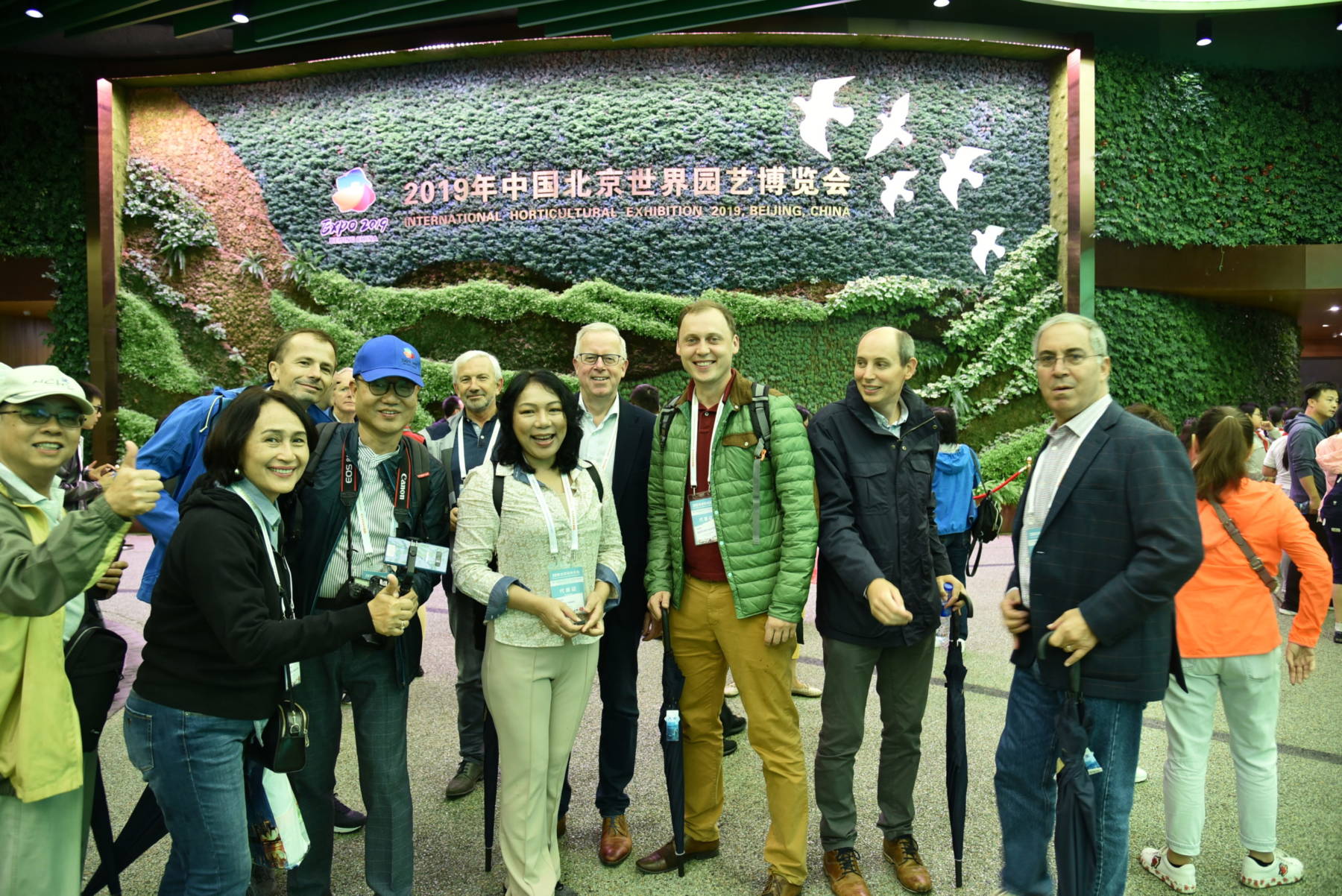 ESSEN, Germany: Busy aisles, full booths and an exciting array of new flowers and plants were the rule of the day for the opening of the 37th annual IPM ESSEN at Messe Essen in Essen, Germany. Oliver P. Kurt, CEO of Messe Essen, said: “We have had a fantastic start.”

The exact numbers won’t be ready for a couple of days, but the opening day of the 2019 IPM ESSEN looked impressive, with packed aisles and a parade of new products for plant breeders, propagators, growers, landscape professionals, florists, garden retailers, supermarket managers and floral wholesalers.

True to tradition, the IPM ESSEN, which runs through Friday, is an international event. People fly in from around the world to attend the show, which is by far the world’s largest ornamental plant show. Numerous halls are chock full of plants, flowers, trees, shrubs, bulbs, horticultural technology and everything in-between.

Visitors from home and abroad are treated to modern design and contemporary meeting and work spaces in the recently completed phase one of Messe Essen’s modernisation project. Expect a cherry-picked selection of quality plants and flowers, innovative technology, floristry and a top-notch educational programme with partner country Belgium at this year’s event which boasts 1,600 exhibitors from 50 countries.

Entertainment is a huge part of the show as well, with a grand opening, parties and tonight’s prestigious International Grower of the Year Awards, a big draw to attending this increasingly popular horticultural trade exhibition.

During this year’s show, a new hall numbering system will be in effect for the first time. Exhibitors involved with all aspects of ornamental plants will be in Halls 1, 1A, 2, 4, 6, 7, 8, 8A and 8B, in the foyer of the Grugahalle as well as in the Galeria. Visitors will find technology not only in Halls 3 and 4 but also in the Galeria, as well. In Hall 5, all floristry suppliers will exhibit together in one convenient space. As in previous years, garden features and accessories will be showcased in each of the halls in a thematically appropriate way.

IPM Essen’s esteemed partner country for 2019 has been a supporter for many years. The honour goes to neighbouring Belgium. Since the very start, exhibitors from Belgium have supported the world’s leading fair in the green sector. On the occasion of the show’s debut in 1982, Belgian companies presented their products at Messe Essen. After all, the country is leading in ornamental horticulture with around 80 percent of the European Azalea production. In 2019, the Belgians will have a particularly eminent appearance at the fair: the Belgian exhibitors will showcase their plants in the joint booth in Hall 2. The tree nurseries will be represented in the new Halls 6 and 8. Daily, there will be informative programmes in the joint booth in Hall 2. Moreover, Belgium will be the focus of attention at the International Horticulture Forum where the subject will be sustainable horticulture. His Excellency Baron Willem van de Voorde, ambassador to Belgium in Germany, in his opening speech, referred to the impressive contribution of over 70 exhibitors who showcase their latest products and services. He made particular reference to Flanders as the country’s horticultural heartland producing over 90% of all flowers and plants. Belgium has a field production area of 6000 ha and a greenhouse production of 500 ha. The country’s Nurserystock sector stands out as a producer of a wide variety of trees and shrubs. He completed his speech by inviting Mess Essen’s CEO Oliver P. Kurt onto the stage and presented him with an engraved spade. To conclude the opening they joined the other speakers to cut the ribbon on stage.