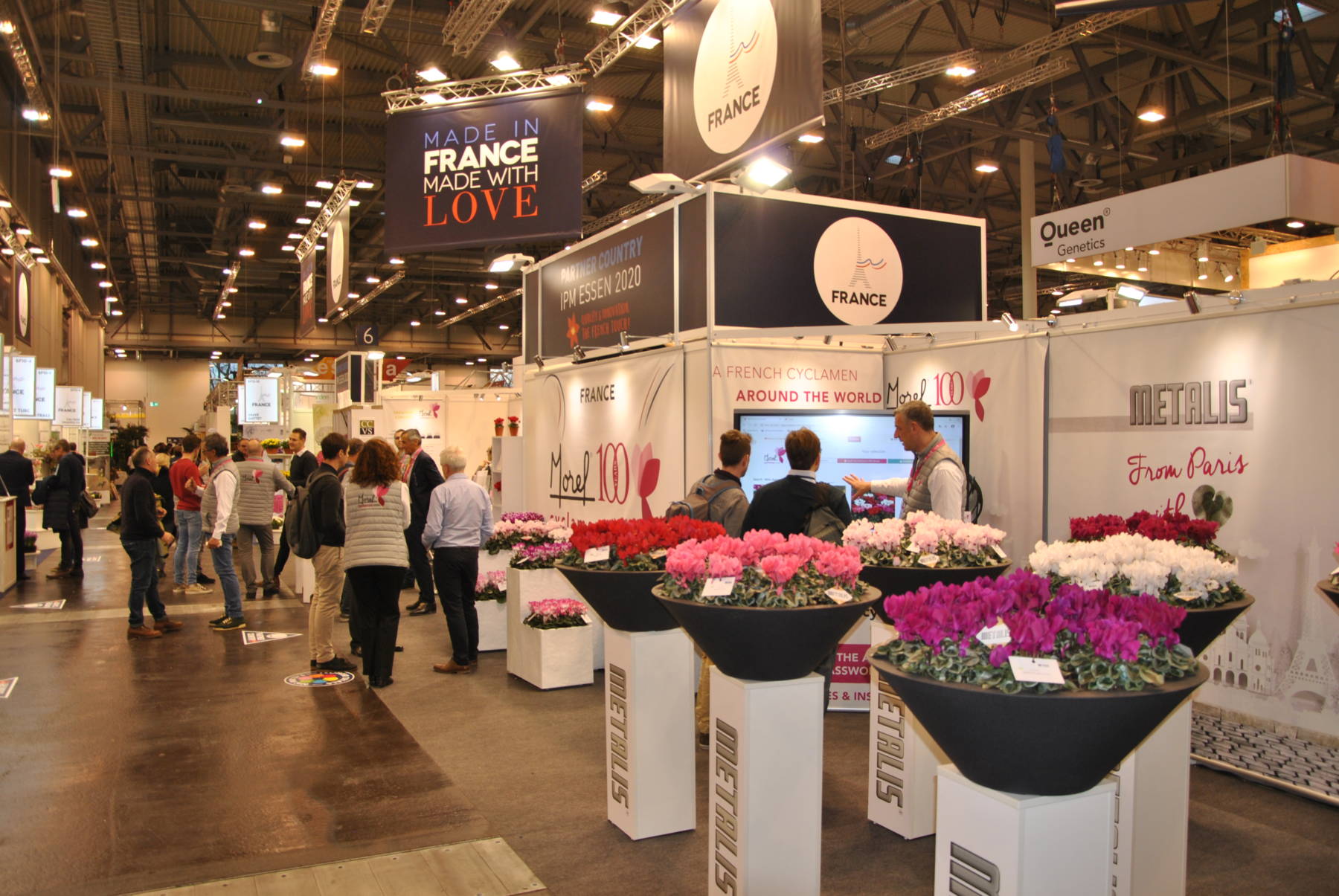 IPM Essen returned to Essen, Germany from 28-31 January, 2020, staged by Messe Essen. IPM ESSEN is the world’s largest, most international and influential show on the horticultural calendar, covering the entire value chain of trees, plants and flowers, technology, floristry and point of sale.

This year, the show reconfirmed its role as leading horticultural trade show with no fewer than 54,000 trade visitors and 1,538 exhibitors from 46 countries, occupying eight exhibition halls (ten if you include the floristry hall 1A at basement level and the Galleria exhibition corridor).

The show’s focus was clearly on climate change and sustainable production. “In the context of the climate discussion, horticulture has gained enormous relevance and ensured an enthusiastic mood in the fair halls. At IPM ESSEN 2020, the green sector has demonstrated its innovative spirit and its performance in an impressive way,” said Oliver P. Kuhrt, CEO of Messe Essen.

Already in 2019, the exhibitors stated that the subjects of sustainability and climate change will exert the biggest influences on the sector in the future. What could already be seen in many places last year was omnipresent at this year’s IPM ESSEN: No matter whether environmentally friendly packaging, climate-tolerant new breeds, insect-friendly plants for the promotion of biodiversity, air-cleaning green plants, planter boxes with integrated water reservoirs or peat substitutes – international horticulture showed its innovative power in an impressive form. Also in the Technology area, emphasis was placed on energy-efficient production procedures and pioneering digital technologies.

The Federal Agriculture Minister, Julia Klöckner, who festively opened IPM ESSEN found words of praise for the sector: “Horticulture here in Germany exhibits a high degree of innovation and the businesses find and occupy niches in this way. And they answer questions about the future. For example, when it is a matter of more resource or climate protection.”

Germany is the top spender and largest importer when it comes to flowers and plants with one of the highest pro capita spending in the EU. By referencing a famous German car manufacturer’s slogan one could say: ‘Wir leben Pflanzen’ (‘We live plants’).

In total, the Germans spent Euro 8.9 billion on flowers and plants last year – a plus of 2.7 percent compared with the previous year and the highest value since 2011. Within the framework of IPM ESSEN 2020, the Central Horticultural Association (ZVG) announced that the per-capita expenditure had risen from Euro 105 to Euro 108. “Anyone who wants biodiversity cannot ignore horticulture,” the ZVG President, Jürgen Mertz, emphasised in his opening speech. “With perennial, woody, bedding and balcony plants, the sector is offering an enormous diversity and insect food. However, insect protection depends not only on the businesses but also on the consumer. That is a big chance for the sector.” Mertz sees evident upward potential with regard to the non-private consumption.

Municipalities are being confronted with the challenge of making cities greener. Here, woody plant ranges viable for the future are in particular demand.

This year, France was IPM ESSEN’s partner country. Breeders and young plant producers in Hall 6 and nurseries in Hall 7 showed the diverse spectrum of French horticulture. Some of the best-known and most distinctive plant specialities produced by the country are roses, fruit trees, rhododendrons, camellias, hydrangeas, cyclamens, chrysanthemums, lavenders, alstroemeria and dahlias.