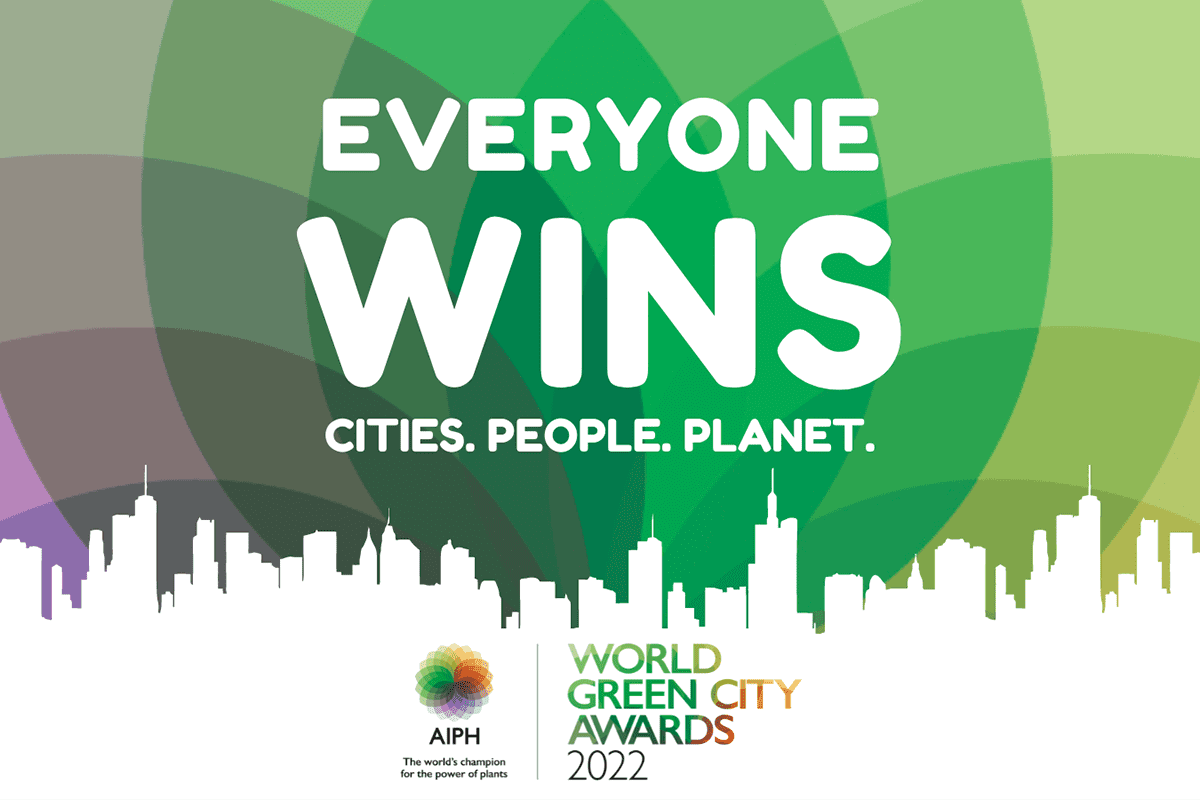 AIPH, the International Association of Horticultural Producers and the world’s champion for the power of plants, is proud to reveal the 12 world-renowned members of the Jury who will vote for the winners of the 2022 edition of the AIPH World Green City Awards.

Following completion of the first round of judging by the Technical Panel of Judges, the 2022 final shortlist of entries was announced. It is comprised of the three entries in each of the six categories that achieved the highest scores by the Technical Panel in the first round of judging. The 18 shortlisted entries have now been presented to the 2022 Awards Jury who will ultimately select one winner for each category, as well as the overall AIPH World Green City Awards 2022 winner.

“Welcome to all members of the Jury,” says AIPH Secretary General, Mr. Tim Briercliffe. “We are confident that the impressive list of Jury members will effectively bring what has been a hugely successful inaugural round of the AIPH World Green City Awards to a close. AIPH looks forward to sharing news of the winners in due course. We are proud to have compiled an exceptional Jury to undertake this exciting process.”

The prestigious Jury boasts members from around the world who are recognisable, well-respected, and influential leaders in the Green City space, and have credible authority to identify leading initiatives with the potential for greatest impact. Chaired by the AIPH Green City Committee Chair and Vice President of the Canadian Nursery Landscape Association (CNLA), Mr. Bill Hardy, Maple Ridge, Canada, the 11 members of the Jury are as follows:

To view more information about the prestigious jury, click here.

While the Technical Panel scored each entry on its technical merit against a set of pre-defined judging criteria, the Jury is tasked with voting for the winners based on each entry’s capacity for influence, replicability, and scope to inspire change. Thus, in assessing each of the shortlisted entries, members of the Jury are invited to consider the following question:

“The AIPH World Green City Awards 2022 will help winning cities achieve greater recognition for their inspiring initiatives – in light of this, which entry do you feel may have the biggest transformational impact?”

The public announcement of the winners will take place at a dedicated AIPH World Green City Awards gala event in October 2022. The date and venue for this Awards Ceremony will be announced shortly.

“I am extremely impressed with the quality of entries shortlisted for the AIPH World Green City Awards,” says Mr. Bill Hardy. “It is an honour to be chairing such a world-renowned group of inspiring leaders. We are grateful for the opportunity to play such a significant role in finalising the first ever list of winners.”

As the final round of judging for the inaugural edition gets underway, AIPH is proud to be recognising the work of leading cities who are showcasing how nature-based solutions can have a transformative impact. As AIPH strives to celebrate cities that are taking ambitious action, the winning cities will inspire a global movement for people, for nature, and ultimately for the planet.

To stay tuned on upcoming announcements, AIPH invites you to subscribe to the AIPH Global Green City Update here.