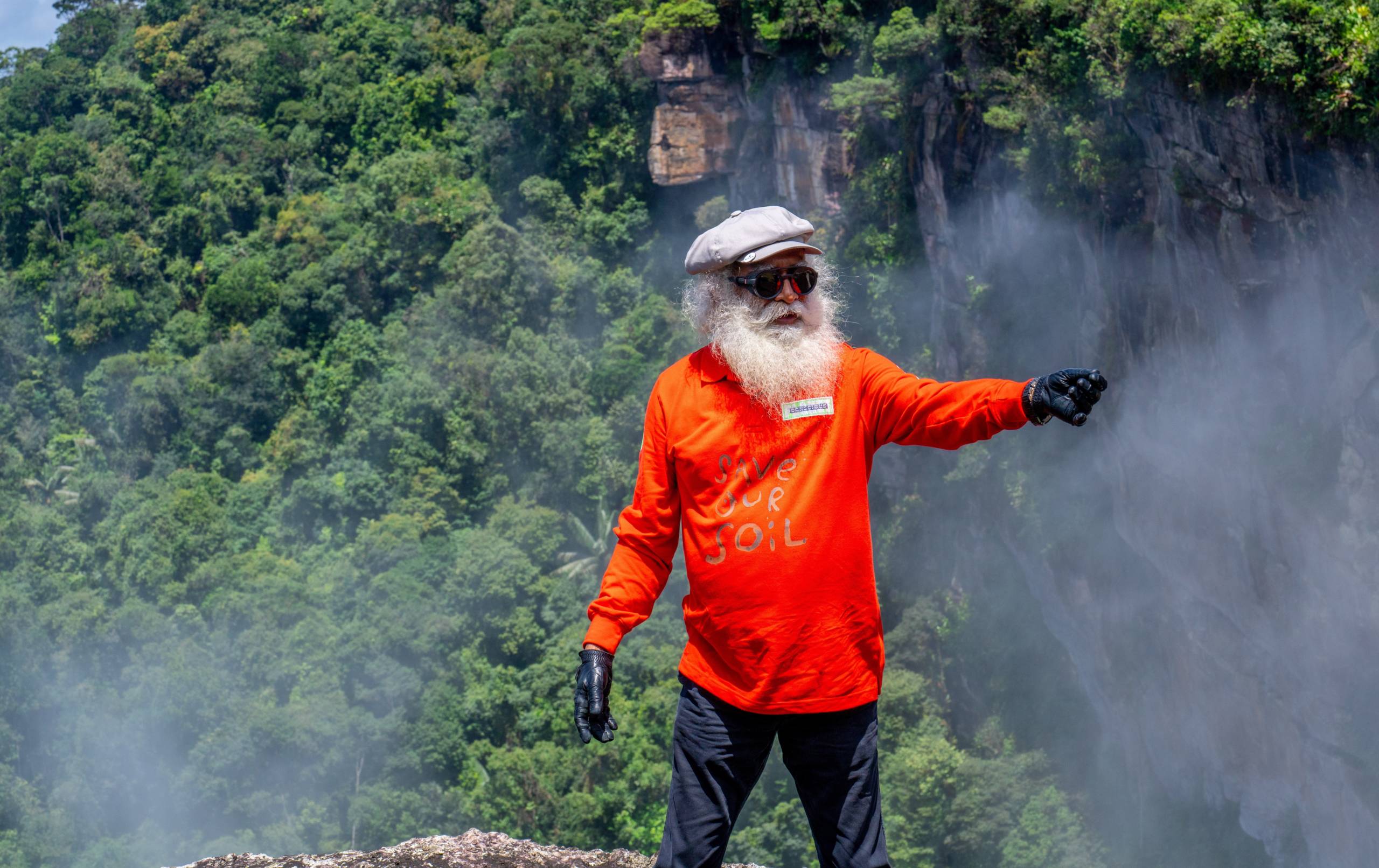 BERKEL EN RODENRIJS, Netherlands: In raising the alarm over a dangerously fast degradation of the Earth’s soil, Indian Yogi and visionary Sadhguru meets with the Dutch horticultural sector on Tuesday morning March 22.

To cite FAO’s Deputy Director-General Maria Helena Semedo: “Soils are the basis of life. Ninety five per cent of our food comes from the soil.”

Then, there is the United Nations Convention to Combat Desertification (UNCCD), warning that more than 90 per cent of the earth’s soil will be degraded by 2050, leading to global catastrophes such as food and water shortages, droughts and famines, climate change, mass migrations and extinction of species at an unprecedented pace.

Stepping back and consciously rethinking how we can stop the dangerously fast depletion of soils worlwide is Indian Yogi and Visionary Sadhgura, who will embark on a visit to the Netherlands to discuss with stakeholders from within the Dutch horticultural sector ideas what kind of joint action is needed to save our soils.

Sadhgura is the driving force behind the Conscious Planet – Save Soil campaign that launches this month. The campaign hopes to inspire at least 3,5 billion people (60 per cent of the voters worldwide) to support long-term government policy to revive and regenerate soils. Sadhguru says, “It doesn’t matter how much wealth, education and money we have, our children cannot enjoy their lives unless we restore our soils and water resources. Conscious Planet is the only way forward.”

Sadhguru meets with Meiny Prins of horticultural automation supplier Priva and Rob Baan of Koppert Cress, a supplier of cresses and microgreens. The event takes place at the headquarters of biocontrols supplier Koppert in Berkel en Rodenrijs, Netherlands.

This event is held in the framework of the Conscious Planet movement, supported by The Hague Business Agency (The Hague municipality), Horizon11 and EatThis.

The visit to the Netherlands is part of Sadhguru’s 100-day journey. He starts the day before in London. Subsequently he will embark on a 30.000 km motorbike journey from London to South India. Underway he hopes to mobilise as many as citizins and policy makers.

The Save Soil movement is being supported by various global authorities and agencies like the UNCCD and the World Food Program. The movement can count on the support of world leaders including the famed nature conservationist Dr. Jane Goodall, His Holiness the Dalai Lama, Marc Benioff (Salesforce), and spiritual leaders and celebrities such as Deepak Chopra,  Victoria Azarenka, Rosario Dawson, Tony Robbins, Maluma, will.i.am and Sza.