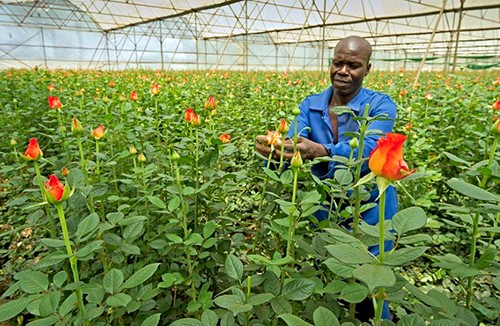 AMSTERDAM, The Netherlands: The horticulture industry of Zimbabwe is making serious preparations to put itself on the map again as a major exporter of horticulture products. The recent taken initiative to revive EFGAZ, the Exporters Flower Growers Association of Zimbabwe is only one example that shows the commitment that Zimbabwe is making to become again one the biggest exporters of vegetables, fruits and flowers of Africa. A position it had until the end of the nineties, when Zimbabwe was the 2nd largest African exporter of horticulture products.

The newly initiated international horticulture & floriculture trade fair ”HortiFlor Zimbabwe”, which will be held this coming October in the Rainbow Convention Center in Harare, is another example of the commitment of the Zimbabwean  horticulture industry to get exports back on track. From October 9 to 11 (inter)national growers, exporters, suppliers and investors will meet during this 3 day trade event, with the purpose of increasing production and exports of fresh produce & cut flowers.