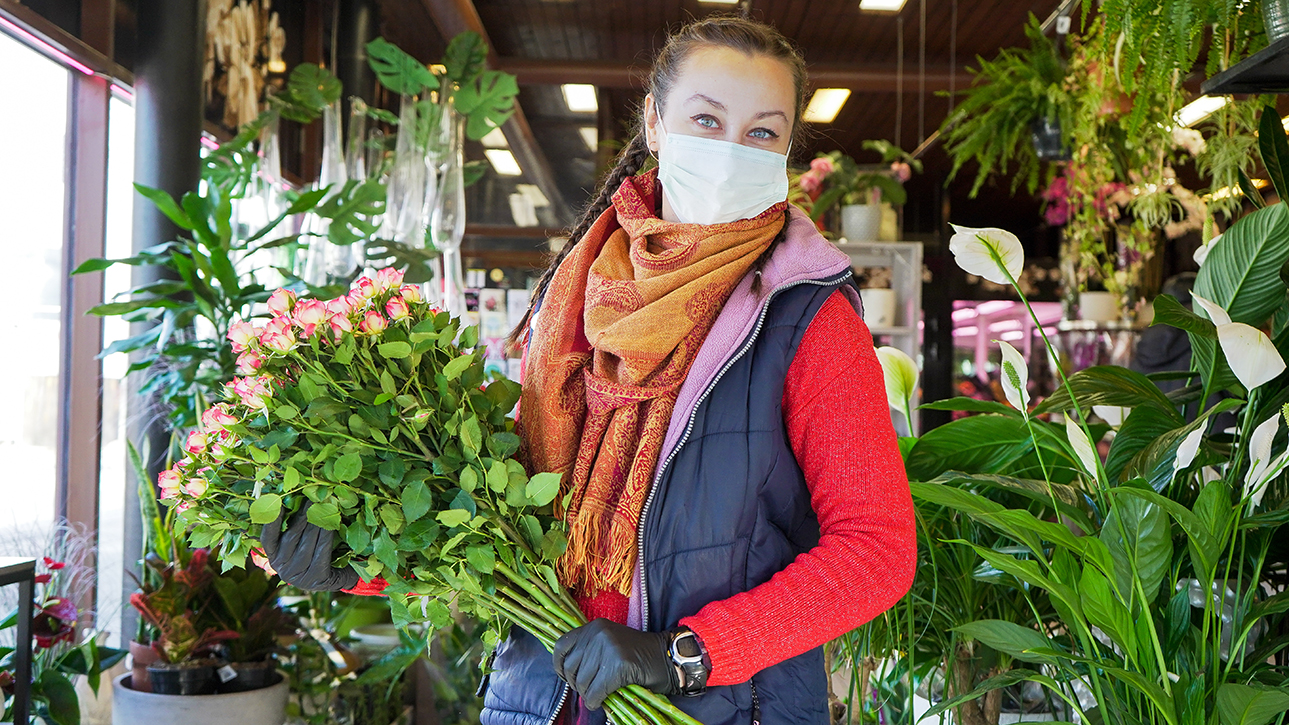 DIDCOT, UK: A new survey of grower associations, by the International Association of Horticultural Producers (AIPH) and FloraCulture International (FCI), reveals nearly three-quarters (71%) believe that most growers will soon recover after this crisis.

The positive response from so many of the 27 countries that participated is encouraging considering the bleak outlook highlighted in the previous survey when 70% of respondents were expecting to see many growers going out of business by the end of 2020.

Most countries have re-opened garden centres (96%) and florist shops (85%); often ahead of other retail outlets. This recognition of garden retailers as an ‘essential’ service and a safer shopping environment is a great boost for the industry. 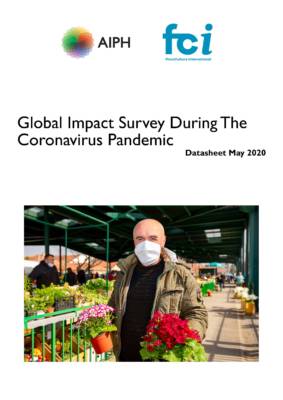 Garden retailers are strictly adhering to the ‘new normal’ of social distancing, disinfecting and contact payments which are vital in demonstrating a responsible industry. 78% still expect sales for this period to be worse than last year. However, 46% expect demand for plants and flowers in the coming weeks to be higher than at the same time the previous year. There is a clear sense of optimism for the future coming through the responses as many are hoping to claw back at least some of the sales lost during this time.

Of course, the impact varies by sector, and those with more flexible sales windows are adapting more quickly to the shift in the demand pattern, which is ironically likely to create stock shortages in 48% of respondent countries. As Australia enters its autumn/winter period plant growers there, have reported significant sales increases and for many growers there it will have been a very successful year. Initiatives like ‘Plant Pals’ from Greenlife Industry Australia help get people into gardening who have never done so before. The current mood of voracious consumer appetite – which happily coincides with long periods of social isolation and higher seasonal temperature – is a good thing. As one respondent pointed out, “a lot of young people, have started to work with plants and gardens during the crisis, is this a chance for the future?”

The ability of these retailers to trade has been critical in improving the chances of survival for many growers. 78% of countries responding have government financial support mechanisms in place to support industry; with 44% having access to support in paying staff wages, 59% having access to special support loans and 33% having access to schemes to compensate for lost sales. However, very few countries have provided financial support explicitly focused on the needs of growers. In Europe, only the Netherlands has a unique package for growers where businesses can claim for up to 70% of lost turnover if sales were 30% down on the same period last year. In China, Chinese Taipei and South Korea governments have also provided additional funding to support promotional campaigns for growers and to reduce auction fees, for example. Many countries continue to lobby their governments for a more bespoke rescue package, but in reality, few are hopeful that this will succeed.

Despite this, there are still 22% of respondent countries that have no support mechanisms available to them. In these countries, including less developed flower producing countries, the outlook is bleak and with a global recession looming there are real worries in these regions. 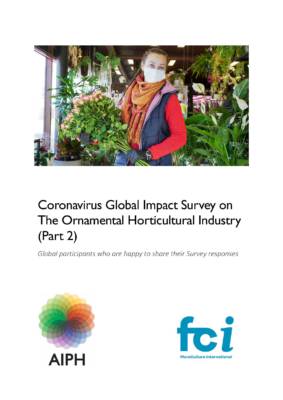 As respondents look to the future, they predict a speeding up of changes that had been coming slowly. 81% expect to see an increase in online sales, which in many countries have been the only way to buy flowers and plants over recent months.

Grower associations have also proved their worth during this crisis with many playing a vital role in arguing the case for growers to their governments. 59% expect that the crisis has increased the appreciation of the value of trade associations.

Commenting on the results, AIPH Secretary General, Tim Briercliffe said “Our results show that many growers across the world are really struggling this year. Support from their governments is vital for their survival. However, it is encouraging to see optimism coming back as growers seek to urgently meet the needs of new waves of interest in garden plants and a renewed recognition of the value of plants and flowers to healthy and happy lives. The industry must build on these glimmers of hope to shape the sector for recovery and eventually, growth.”