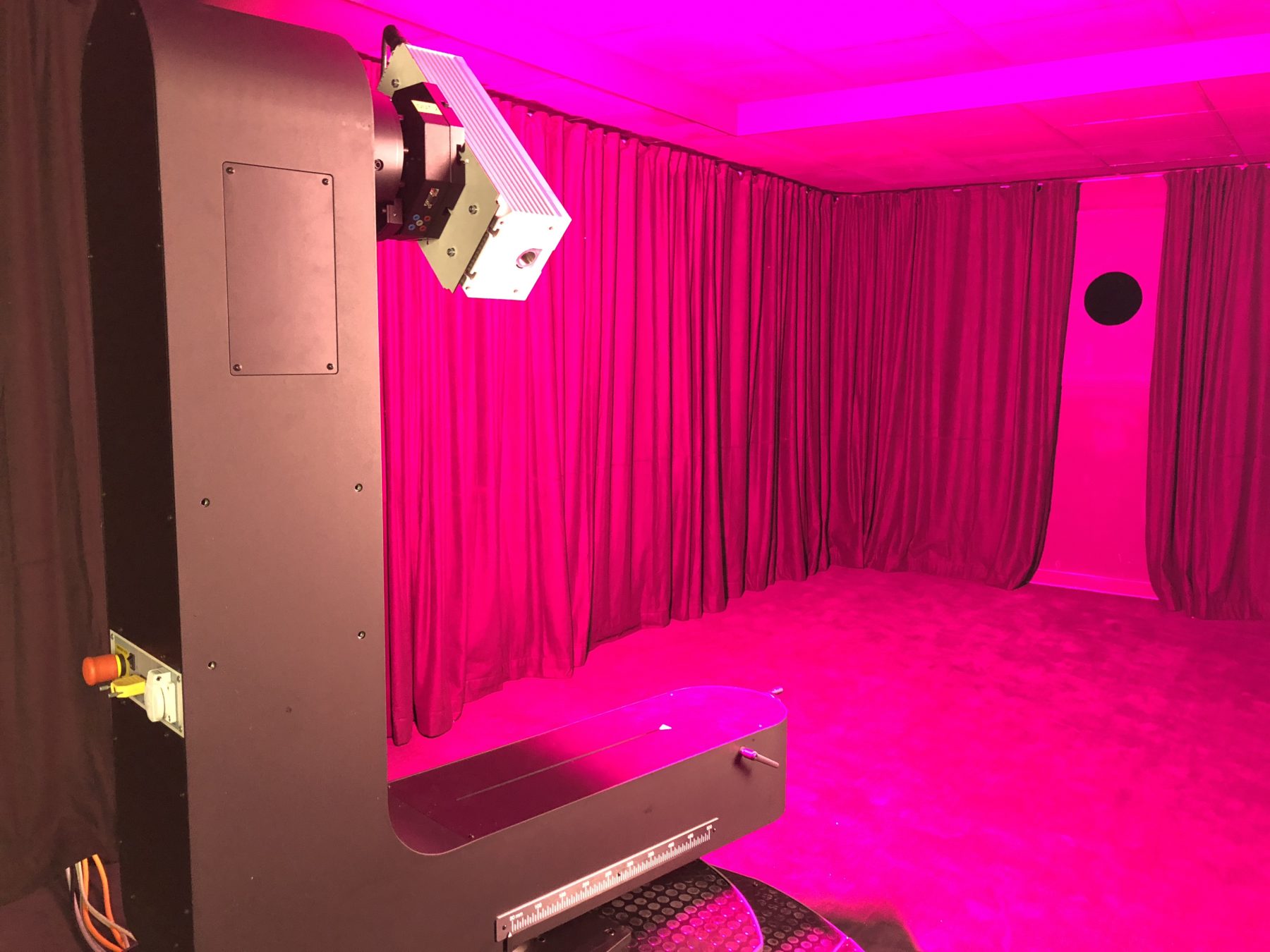 IJSSELSTEIN, The Netherlands: After months of preparation, Oreon has put into service its new light measurement laboratory, after both the existing equipment and the space itself underwent a thorough upgrade. The goal was to be able to characterize fixtures in-house as accurate as internationally recognized laboratories. For this it was important to have a very sensitive spectroradiometer linked to a precise goniometer. After discussing our wishes with Te Lintelo Systems B.V. in Zevenaar, Oreon opted for an LGS-1000 goniometer connected to the CAS-140D spectroradiometer, both from Instrument Systems.

Last week, Te Lintelo Systems delivered and installed the new goniometer. During the preparations it soon became clear that the only way to bring the equipment to the second floor was to use a crane. The room itself was upgraded as well and is now twice as long. Furthermore, all surfaces have been given a new coating of light-absorbing material and the space has been partitioned into three sections with a round opening between each partition for the light to pass through, while blocking all stray light.

This new room and improved equipment now allows the sensor to be placed at a distance of 12 meters from the fixture. As a rule of thumb, far-field easurements should take place at a distance of at least 10 times the diagonal of the light source. The light source of the Oreon Grow Light has a diagonal of 30 0cm, which means the measurements will be taken at a distance of 40 times the diagonal, so the assumption of far field is valid. With this equipment, Oreon can carry out measurements with the same level of accuracy that was previously only possible at external laboratories. Now that this option is available in-house, Oreon can act much quicker for instance when a customer asks for a customized spectrum.

“Previously, we used our Ulbricht sphere to determine the efficiency of our fixtures and the beam angle was measured at an external laboratory. As a result of this recent addition, our lab now possesses world-class measurement accuracy. Only a hand-full of comparable setups exist in Europe. Our product is one of the best in the market, and to remain a frontrunner, we must be able to take accurate measurements to get the best performance out of our fixtures. For example, the new spectrometer is so sensitive that measuring a single LED at a distance of 12 meters is no problem at all.” says Twan Mennink, CTO of Oreon.