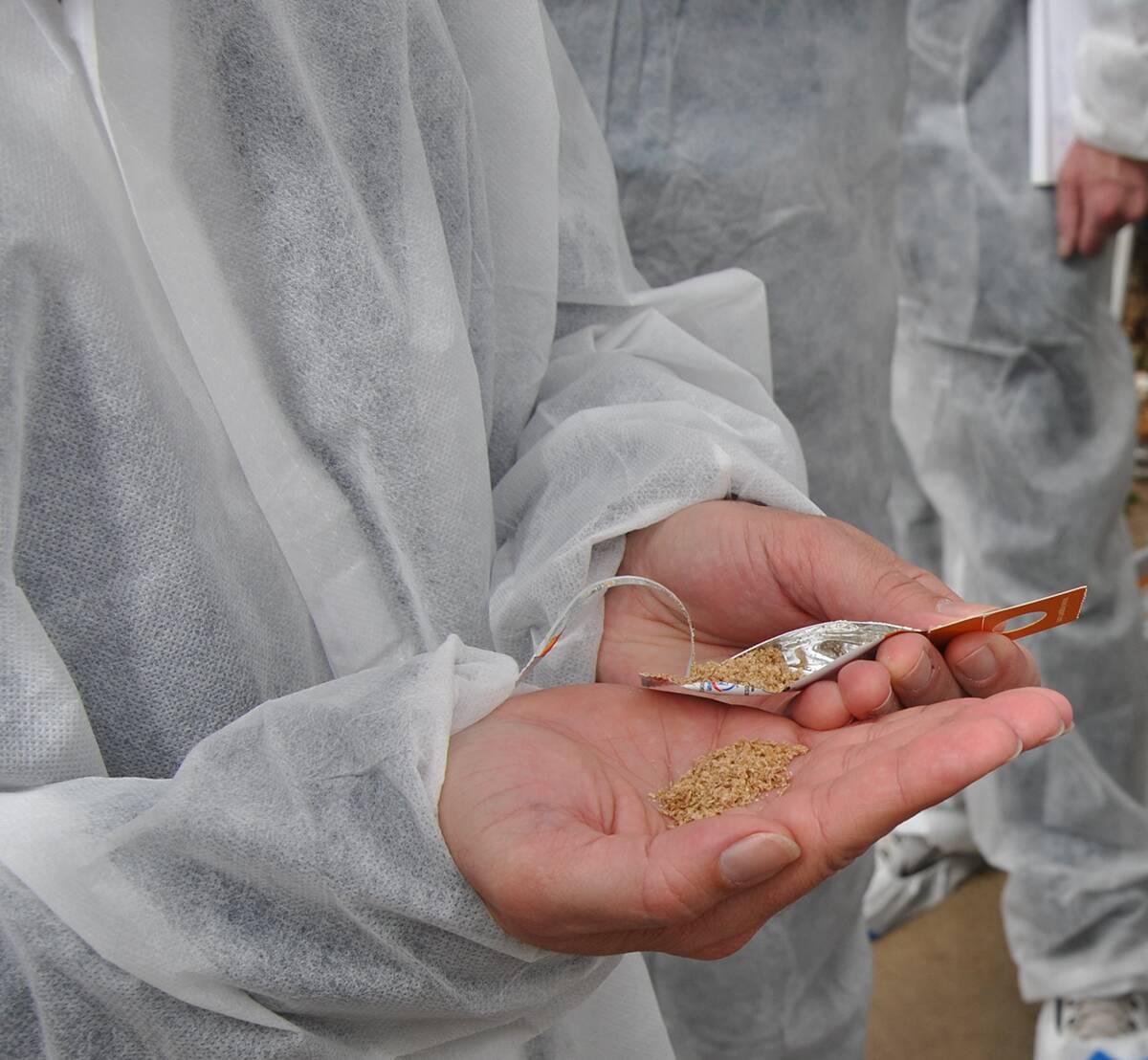 Growers should satisfy themselves that the predators and parasitoids are alive and active on arrival at the nursery.

Plant health is not just a question of identifying a problem quickly and taking steps to treat the pests and diseases attacking your crop. It relies on many other factors, too, such as the growing media you choose, the quality of your irrigation water, how competently your crops are sprayed, and even ensuring any biocontrol agents you depend on are alive and well when released into the greenhouse.

For instance, the pH, alkalinity, electrical conductivity, and nutrient profile of the water you use, all of which can change over time, are integral to the health of plants grown in soilless media, said Neil Mattson, associate professor at Cornell University, New York, addressing an online conference organised by Greenhouse Management magazine 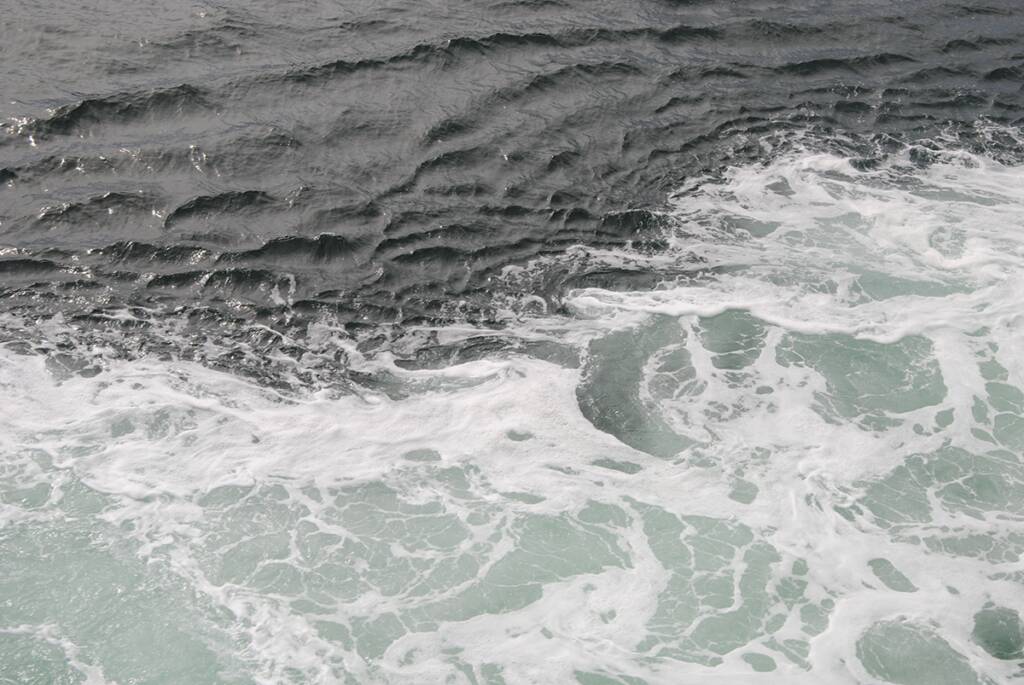 It’s wise to check water quality with laboratory analysis before drawing from a new source and at least annually for each source you take from, as well as after weather events such as drought or heavy snow or rain.

For a start, he said the water’s pH would impact nutrient availability in the root zone. It also has a bearing on the susceptibility of some crops to pathogens such as Thielaviopsis, which is responsible for black root rot in bedding plants including Petunia, Calibrachoa and snapdragon and is favoured by high pH.
Root-zone pH is affected by water alkalinity and will be increased by continuous irrigation with alkaline water. High EC — a measure of the water’s dissolved mineral salts — will lead to wilting and browning of leaf edges. In contrast, high levels of some elements can cause them to accumulate in the growing media to concentrations toxic to plants.

Consequently, Mattson said it’s wise to check water quality with laboratory analysis before drawing from a new source and at least annually for each source you take from, as well as after weather events such as drought or heavy snow or rain.

Help for greenhouse and nursery growers in interpreting test results is available from the free-to-use American online tool www.cleanwater3.org
Mattson warned that the quality of water, and its pH, can even dramatically impact the effectiveness of some pesticides or plant growth regulators it’s mixed with for application. “It can interact with a product, changing the chemistry of the active ingredient,” he said. “Poor quality water can reduce product solubility and absorption by target organisms.”

The water’s pH can also influence how long a plant protection product remains active. The optimum is a pH of 5 to 7, with many materials breaking down at lower or higher levels. As an example, he said the plant growth regulator Ethephon, which works best in slightly acidic conditions, had a half-life (the time taken for half the active ingredient to break down) of 73 days at pH 5 but only 2.4 days at pH 7, and just one day at pH 9.

Jason Deveau, application technology specialist for the Ontario Ministry of Agriculture, Canada, understands that how a droplet behaves in a greenhouse is fundamental to getting the best out of your spray applications for pest and disease control.

In an open field, where there can be a high risk of spray drift, spray droplets need to be medium to ultra coarse in size, falling quickly and evaporating relatively slowly, he said. A very fine droplet, smaller than 50µm, would evaporate so fast outdoors it may never even land.

In comparison, very fine to medium droplets are slower to fall but will survive longer in the humid environment of a greenhouse. There is also more per unit volume of spray liquid, which increases the spray’s coverage. Biorational products often require more accurate applications and a finer spray penetrating further into the crop canopy and covering more leaf surfaces.

“A biorational product may only have 60 per cent efficacy,” he said. “If that’s the best you can pull off, you want every drop to count.”
How fine a spray you select depends on your target. A 250 litres/ha volume could deposit six 200µm droplets per sq mm, enough to ensure an insect such as a plant bug receives a direct hit. Alternatively, it could deposit 400 50µm droplets per sq mm, in a finer spray that would unlikely escape fungal spores.

“Knowing the pest you’re after and where it is, is part of deciding what size droplet may be best for you,” he said.
When using finer droplets, Deveau reminded growers that air circulation plays a big role in hitting the target. “In a greenhouse, drift is your friend,” he said.

“That’s why stationary foggers can work as well as they do. But while the fogger produces its air currents at source, that’s not enough to move all the air to the corners of your greenhouse; it relies on the air circulation already there.”

He said a closer look at how air flows may show dead zones where the spray isn’t reaching. Even targeted sprays with small droplets may require air assistance, particularly over distances, as increasing sprayer pressure only marginally improves how far fine droplets travel. He said air movement, not spray pressure, is the best way to direct finer sprays. 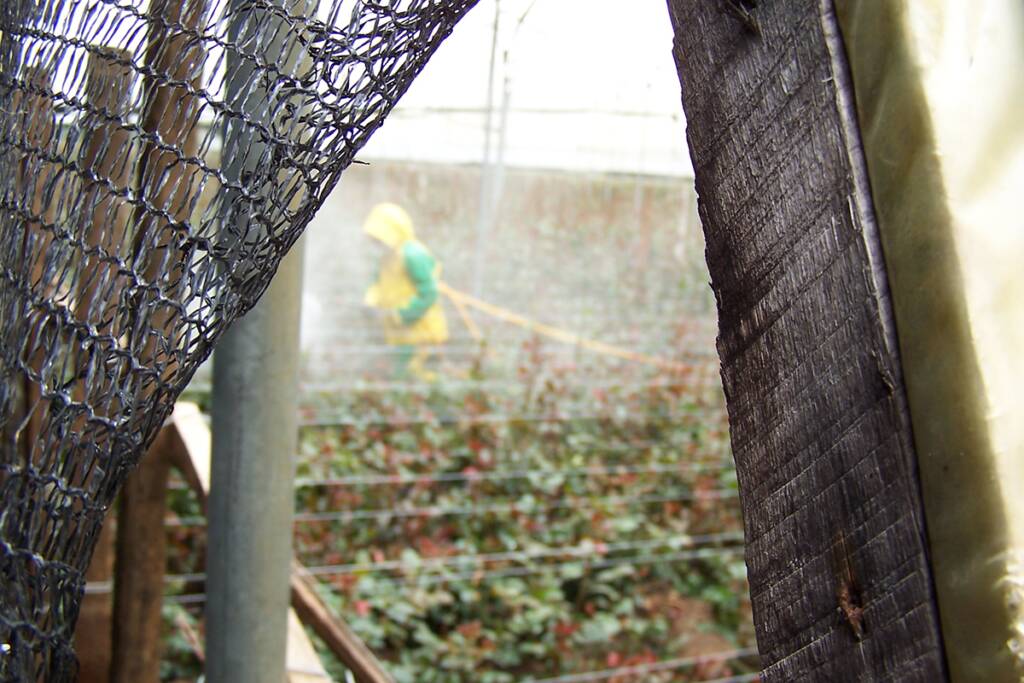 Understanding how a droplet behaves in a greenhouse is fundamental to getting the best out of your spray applications for pest and disease control.

Check that your biocontrol agents are alive and well

For those integrating biocontrol agents into their crop protection programmes, Raymond Cloyd of Kansas State University’s Department of Entomology said growers should satisfy themselves that the predators and parasitoids are alive and active on arrival at the nursery.

For instance, breaking open sachets of predatory mites and shaking the bran carrier through sieves will reveal, under the microscope, the adults, nymphs and eggs the sachet holds. “Make sure they (adults and nymphs) are moving,” he said.

Parasitoid emergence and activity can be assessed by leaving a sample release card inside a jar with a section of yellow sticky trap affixed to the underside of the lid.

Cloyd has used this technique to study the whitefly parasitoid Eretmocerus eremicus in commercial products, finding that numbers emerging from release cards can differ significantly between suppliers and between shipments from the same supplier. “You cannot assume that what you are putting out is going to emerge,” he said. “This substantiates the importance of conducting quality assessments of your biocontrol agents.”