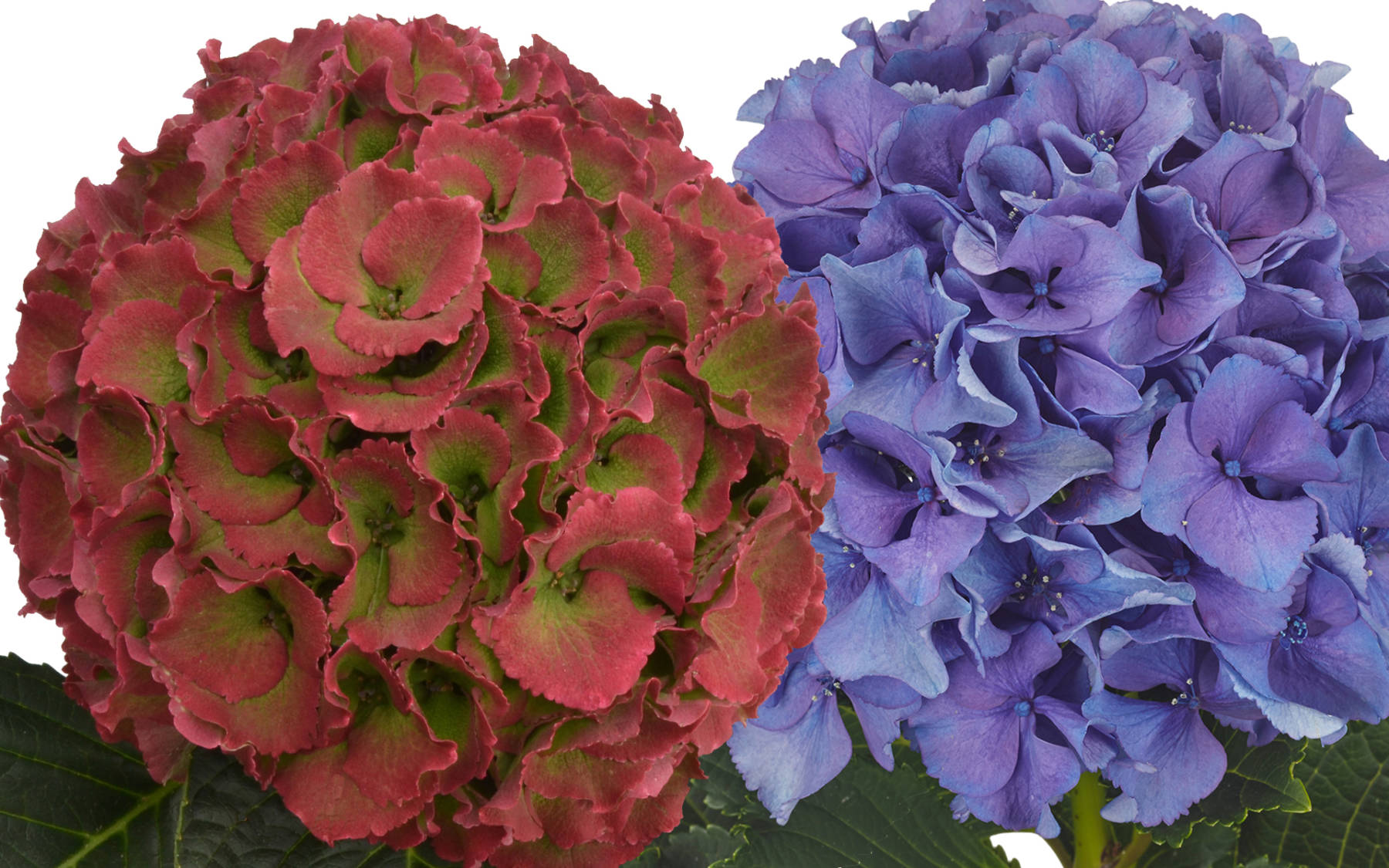 The striking flowers will be on display in the company’s stand 22.18 where they are sure to trick the eye.

In September, ‘Royal Palace’ was one of the showstoppers at Naaldwijk’s National Summer Flower Show where it was among the nominees for the Stimuflori Innovation Award.

A specialist jury awarded the flower  a score of 9.50, the second highest score of all competing hydrangeas. “Royal Palace is something truly special’,” Stelder says as he walks us through his greenhouses in De Kwakel pointing to the domed heads of thick, copper-to- crimson-like flowers  “Its long shelf life of four weeks is exceptional. Easy to grow, easy to turn into a blue colour and early blooming make ‘Royal Palace’ the perfect cut Hydrangea. The flowers are slightly smaller in comparison to other varieties and the production per square metre is relatively high.”

Stelder takes us to another section of the greenhouse where the new ‘Royal Parade’ occupies pride of place. “This new variety has a large, evenly-shaped flowerhead on long stems. I believe growers will be interested in ‘Royal Parade’ as it is easy to grow and highly suited for cut flower production. It blooms on new vegetative shoots and has no useless blind shoots in summer. Deep blue flowers continue to change colour all throughout the season,” says Stelder who believes ‘Royal Parade’ has growth potential in markets requiring large volumes.

In De Kwakel, HBA raises young plants from novelties. Annually, thousands of young plants of each variety are potted in 14 cm pots. Stelder: “Using those plants, interested growers can fill a greenhouse section to become acquainted with our new varieties. If it is to their liking, larger quantities can subsequently be ordered from our propagator.”

To stimulate the market even more and to introduce interested parties to the new selections, HBA has recently started offering several varieties to be auctioned in Aalsmeer. This concerns small quantities of true novelties. We are breeders so we don’t want to grow ourselves,” Stelder emphasises, adding that the main goal is “to encourage growers and exporters to browse through the novelties that they offer”.

Pictured left to right are ‘Royal Palace’ and ‘Royal Parade’.