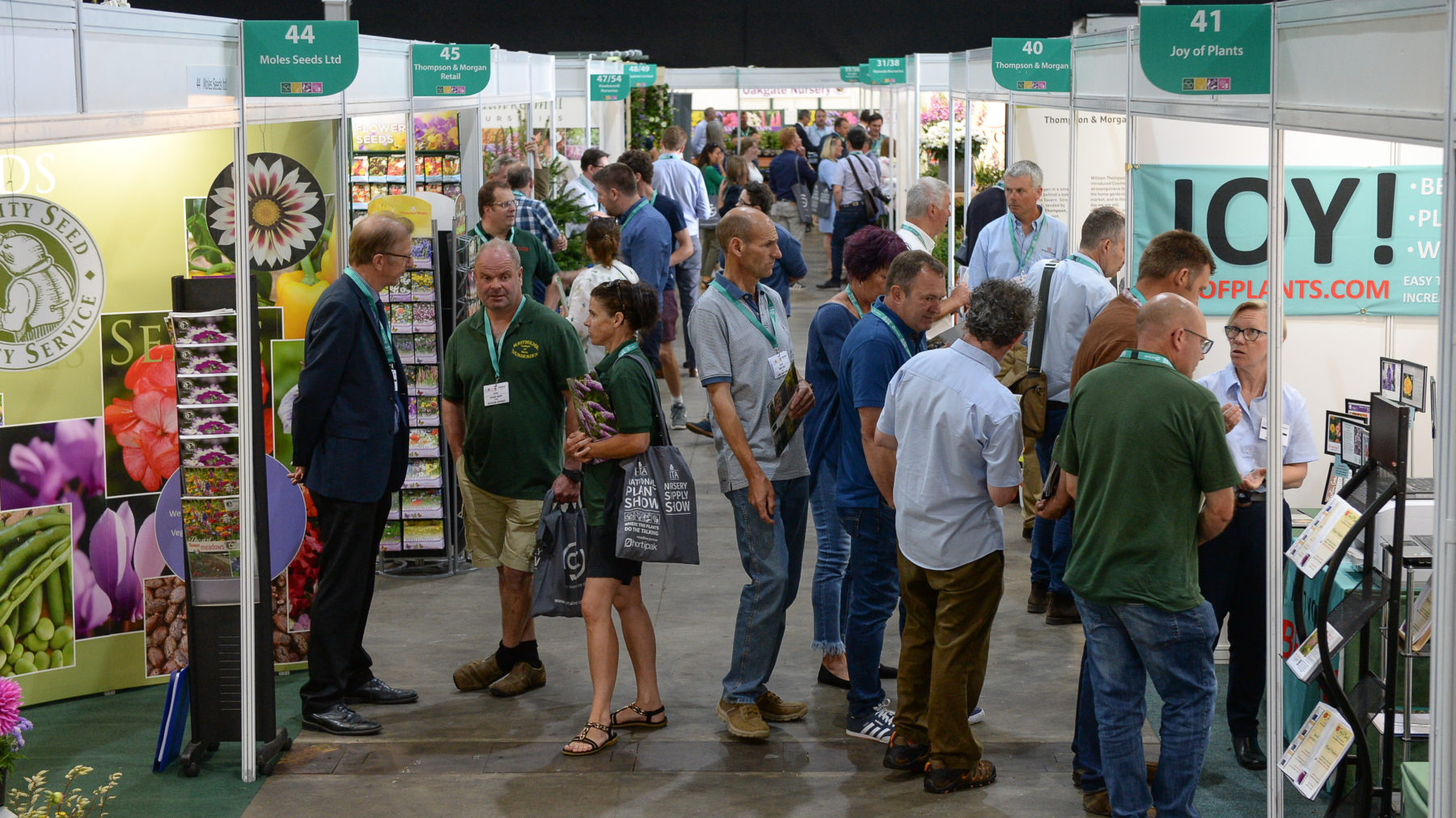 The HTA National Plant Show, held at Stoneleigh Park in Warwickshire, celebrates its 10th birthday in 2019 – a real milestone in the UK horticultural calendar bringing together growers and retailers at a key point in the year.

With plant sales, showcasing new products and networking at its core the show has seen changes over the course of its 10-year history from the development of the seminar offering to the addition of a sister event to run alongside it – the Nursery Supply Show.

The show has grown in exhibitor numbers over time, not only because of the success of the event, but due to the exceptionally high quality of the plants that exhibitors bring. Part of its success is down to the level playing field approach of only allowing a maximum of two stands per company. This really allows the ‘plants to do the talking’, the strapline adopted by the show. Awards such as the ‘Planting the Seed’ award encourage exhibitors to maximise on their displays, inspiring retailers on what can be achieved with their products and highlighting the key features available.

The New Plant Awards are at the heart of the show and extremely popular with visitors and exhibitors alike – attracting around 100 entries year on year. The awards have also proved to be a forecast on what plants will do well at shows and awards throughout the year.

The development of the Nursery Supply Show has meant that the full spectrum of suppliers from labelling and product information, polytunnel and glasshouse supply and substrates and growing media are in one place and brings additional benefit to those exhibiting in the National Plant Show. This show is moving to Hall 1 in 2019 giving it more scope for development and growth in the future.

The Retail Concept Awards are the newest award at the HTA National Plant Show, and the most exciting one for visitors to look at and vote for. This award gives retailers the opportunity to showcase the retail concepts that they have produced and display these promotional displays directly to the potential retailer. With other industry initiatives such as the Retail Lab @ Glee having an increasing presence in the industry, never have retail trends had a stronger focus.

The HTA National Plant Show seminar area has also been a key player in the political landscape of horticulture over the past few years. Last year was the first panel session discussing the use of plastics in the industry, off the back of the Blue Planet II documentary. Following on from this a group of growers came together to look at developing an industry alternative – the recyclable taupe pot which is kerbside recyclable.