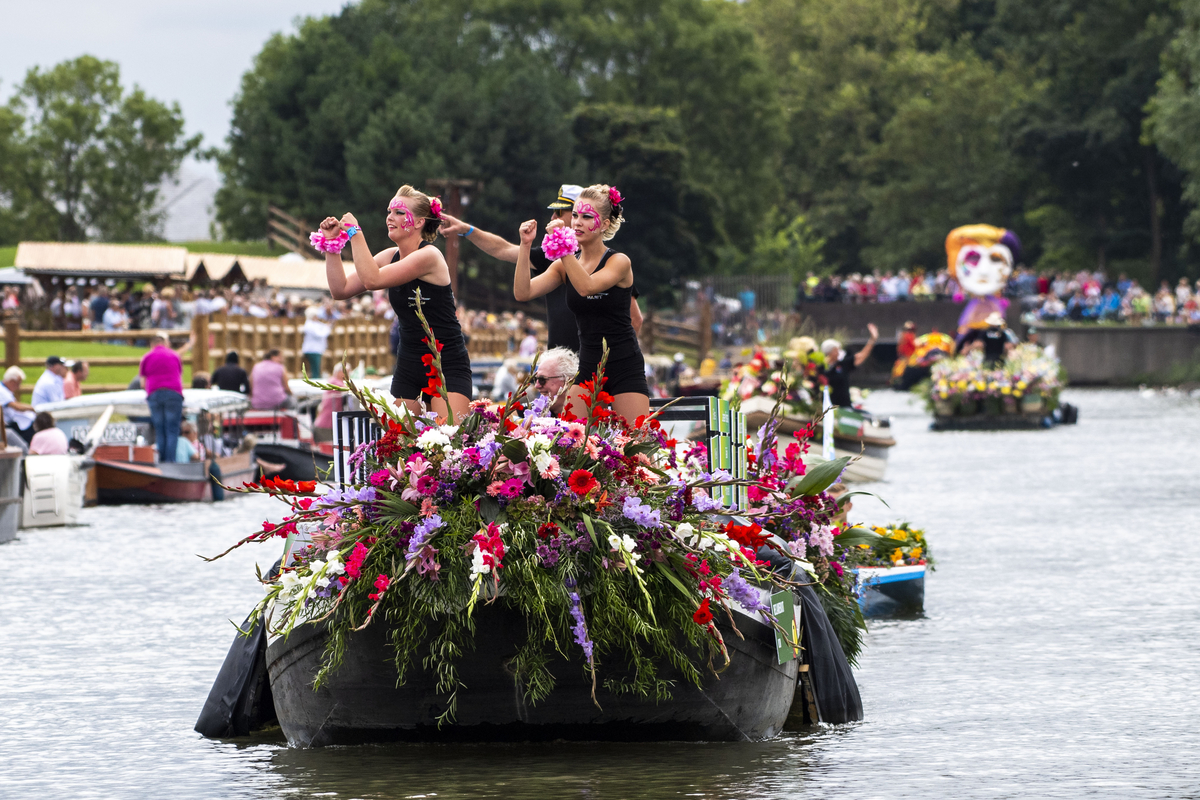 WESTLAND, Netherlands: This weekend saw hundreds of thousands of visitors hitting the street as an estimated half million saw the Dutch Floating Flower Parade sailing by.

Spectators enjoyed 60 boats which had been lavishly decorated with more than 450,000 flowers, 120,000 plants and 80,000 fruits and vegetables grown in the Netherland’s most famous horticultural region Westland, and a weekend of great weather, at the 22nd Floating Flower Parade.

The event took off on Friday with some fantastic live music and an official opening ceremony in De Lier.

This year was the 22nd anniversary of the Dutch Floating Flower Parade. The  floral flotilla, which sets off at the beginning of August each year, sailed through Westland, Midden-Delfland, Schiedam, Vlaardingen, Maassluis, Rijswijk, The Hague and the beautiful city of Delft. The theme of this  year’s parade was ‘WOW’ with Lady Gaga, Jungle Book and Game of Thrones inspired vessels being absolute showstoppers.