Home > > Greeks continue to show a keen interest in plants

Greeks continue to show a keen interest in plants

Author: Marie-Françoise Petitjean
Greece is rarely prominent on the world floriculture map, however, it deserves to be, given its several highly professional companies. FCI visited Marigold Plant, located at Kato Souli, 60 km Northwest of Athens.

Having first operated as a production and export company in 1981, Lefteris Kitantzis, a renowned specialist of potted plants, created Marigold Plants S.A. in 2006. At the time, the company’s flagship product was Nerium oleander and exports made up 10% of its turnover.

Serving both domestic and export markets

Today, the company boasts seven hectares of greenhouse production and 22 hectares of field production spread over seven different sites. Marigold Plants employs 80 production workers and exports 40% of its production. “We serve both domestic and export markets,” explains Kriton Kitantzis, the owner’s son and the company’s sales manager. He adds,  “our main market is the Netherlands, where we have a long-lasting partnership with several export companies and Dutch growers. Additional export markets include the UK, France and Belgium.

In terms of propagation, Marigold harvests up to 80% of the plant parts of their own plants and has established licence contracts with major European breeders such as Elssner PAC and Dummen Orange, among others.

Plants are sent by ferry to Italy and then trucked to their final market. “Our transportation costs are higher than fellow growers in Italy. However, we can compensate thanks to  higher productivity and lower production costs. Throughout the selling season we provide customers with consistent quality and good service,” says Kriton Kitantzis.

Questioned about the domestic market, he says that despite having suffered a lot from the crisis, Greeks continue to show a keen interest in plants, especially those which can be used on terraces and indoors. Meanwhile the market for garden plants is sluggish. In Western Europe everyone seems to be growing their own kitchen herbs these days, a trend that in Greece is only practised by a small portion of the younger generation. “Nevertheless, we sell a lot of potted basil. People put it on their terrace for its scent, not to eat,” specifies Kriton  Kitantzis. He adds, “This may change with younger generations.”

Among Marigold’s major customers are supermarkets such as SPAR Veropoulos, Sklavenitis and DIY stores such as Leroy Merlin Greece.

The demand for environmentally-friendly grown plants is relatively limited at home, but an important, unique selling point in different export markets. The company invested in an olive stone boiler in 2010, to take advantage of this local biomass resource and secure quality and production during the winter months. They have also put a lot of effort into introducing beneficial organisms and reducing pesticide use, with a drop of 92% usage for herbs and 40% for other production between 2006 and 2015. “We started MPS-ABC spurred on by our Dutch customers. It proved to be a valuable tool to identify sources of improvement, phase out the more harmful products and improve our business processes. Several of our locations are also GlobalGap-certified for potted aromatic plants. Certifications bring constraints, but also set a time frame for action,” confirms Costas Prassinos, certification supervisor.

Father Lefteris takes pride that his two sons, Faidon and Kriton, joined the company in 2008 and 2011, respectively. Both use their skills and enthusiasm to develop new products and new markets. This strengthens the vision and ambition of the company’s goal to become the number one production and export centre in Greece, with a wide range of quality plants at competitive prices. The two sons confirm their optimistic vision for the future: Marigold is gradually becoming a major export-oriented company and they still see a lot of development and partnership opportunities in Northern and Southern Europe.

Floriculture in Greece is not highly developed. EUROSTAT 2016 reports that production covers 1,100 hectares of ornamental crops, valued at €89 million. This value seems to have stabilised since 2013, having experienced a 31 % drop between 2007 and 2012.

Marigold estimates that there are around 150 significant growers including a cooperative of six Gardenia growers in the Northern region of Volos, several cut flower growers around Marathon, mostly Gerbera, Mathiola, Carnation. Selecta also has their own facilities near Kavala, in the Northeast of the country. Most small Greek growers sell to florists and street vendors, especially through the growers’ central flower market in Athens, with sales made by mutual agreement.

Greece imports and exports mostly living plants, with a €37.7 million deficit in 2016. According to Intracen world statistics, both plant exports and imports rose in value in 2017; with a slight increase to the trade deficit. According to country information provided to the International Association of Horticultural Producers, AIPH, in 2017, Greek nurseries should take advantage of real estate development in the Greek islands and also develop sales to Arab countries. 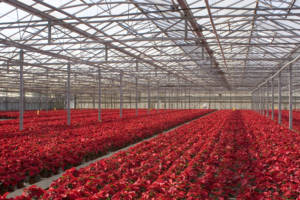 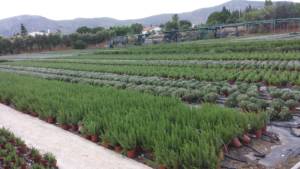 Marigold Plants SA is an obvious choice for potted herbs. 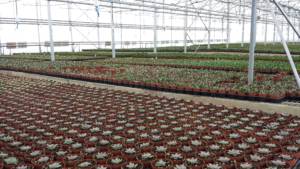 The range of succulents includes Crassula and Aloe vera. 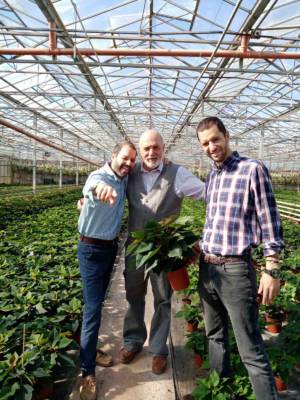 Father Lefteris takes pride that his two sons, Faidon and Kriton, joined the company in 2008 and 2011, respectively.