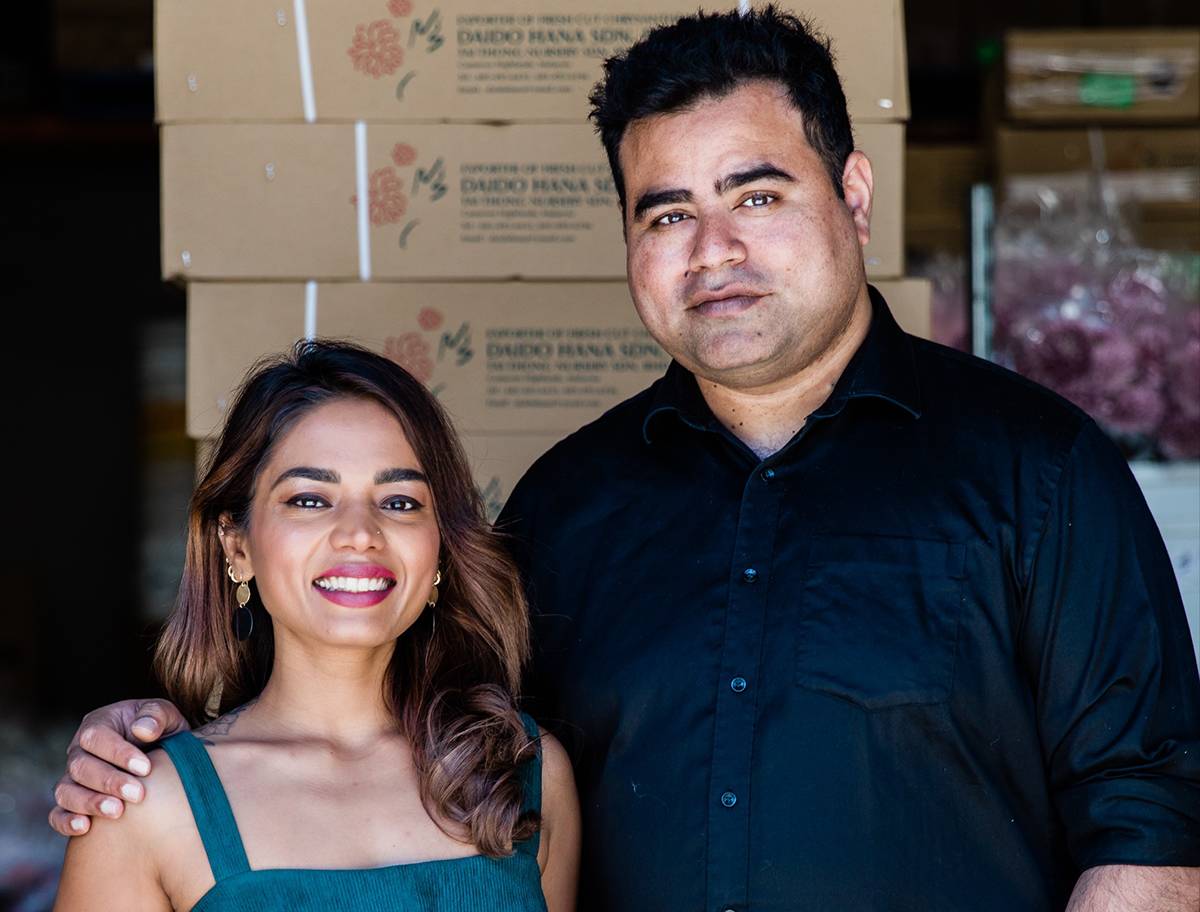 Two years after its launch at the pandemic’s start, Blush Petals has bloomed into one of Australia’s top sourcing and distribution companies for a premium fresh cut and dried flowers. FCI chats to its founder and CEO, Anub Sharma, about the firm’s blossoming success, in the July/August edition of FloraCulture International.

Based in Melbourne, Australia, blush Petals is a leading floral sourcing and distribution company for premium fresh-cut flowers and foliages. The company is run by husband and wife team Anub and Parul Sharma. 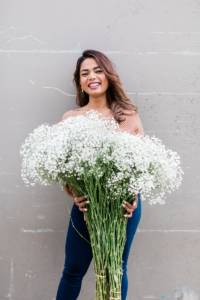 Blush Petals boss Anub is an inspirational leader who has moved upwards, through the business, from the warehouse to the boardroom. After managing day-to-day business operations for several years, Anub took over ownership of Blush Petals in December 2020. His determination to push Blush Petals forwards during the pandemic has led to the company’s significant growth.

During the height of COVID-19, Anub have carefully managed business logistics to sustain the continuity of flower imports and ensure a steady and reliable supply to the market.

FloraCulture International: “How did Blush Petals come to be?”

Anub Sharma: “We launched the business in January 2020. My original idea was for Blush Petals to be a first-of-its-kind wholesale marketplace for florists and event planners. The floriculture industry in Australia is run very traditionally. It’s gradually changing, but, at the moment, the use of digital technologies is not on a level with the US and Europe. So, I wanted to make the way we do business more technologically advanced. But then the pandemic happened in March 2020. At the time, the owner of my former employer, The Orchid Man, retired early. This gave Blush Petals the opportunity to buy this import and distribution business. Since taking it over, we’ve expanded their product range to become one of Australia’s major floriculture importers and distributors.”

Have you always wanted to start your own business?

“I am a qualified engineer, and for many years I worked in management consulting in India – carrying out project management for companies such as Schneider Electric and PricewaterhouseCoopers. In 2014, I gave everything up and moved to Australia. I had intended to return to engineering but whilst working part-time for The Orchid Man, I became unexpectedly fascinated with the floriculture industry. After working in the sector for several years I began to feel that I could definitely run a business myself. And then, one day, the idea of Blush Petals came to me.” 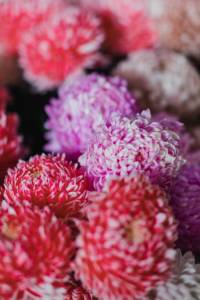 What is it about the floriculture industry that captivated you?

“Flowers are available to everyone from everywhere in the world. But whoever can acquire them in the quickest time at the cheapest price is the winner. And that’s where the logistics part of it comes into play. It’s something that really interests me. It’s also where my key strengths can be played out in terms of coordination and project management skills. I use my skill set to ensure the supply chain is as efficient as possible.”

What’s your secret – how have you grown Blush Petals so rapidly?

“We’ve just had to think outside the box and ask ourselves: What are the other possibilities? For example, by making a deal with a different airline, we might be able to reduce freight costs by 50 per cent. The trade-off is that the flowers’ transportation time may be increased by a few hours – but overall, it may be worth making that switch.”

So, does Blush Petals have an e-commerce platform?

“It’s in the pipeline. When we took over The Orchid Man, we had to put the online part of the business on hold – but we plan to relaunch it in a new form so that both sides of the business complement, and run seamlessly alongside, one another.”

How does it feel to be running your own successful business?

“It feels very good, particularly as we were able to safeguard the jobs of staff members at The Orchid Man and create some new roles for people during the pandemic. We now have 35 employees – many of whom are new recruits. We’re constantly looking for new people and our primary target is to build the best possible team that we can build. And that’s why we’re hiring staff that are experienced in areas such as logistics, sales, and operations.” 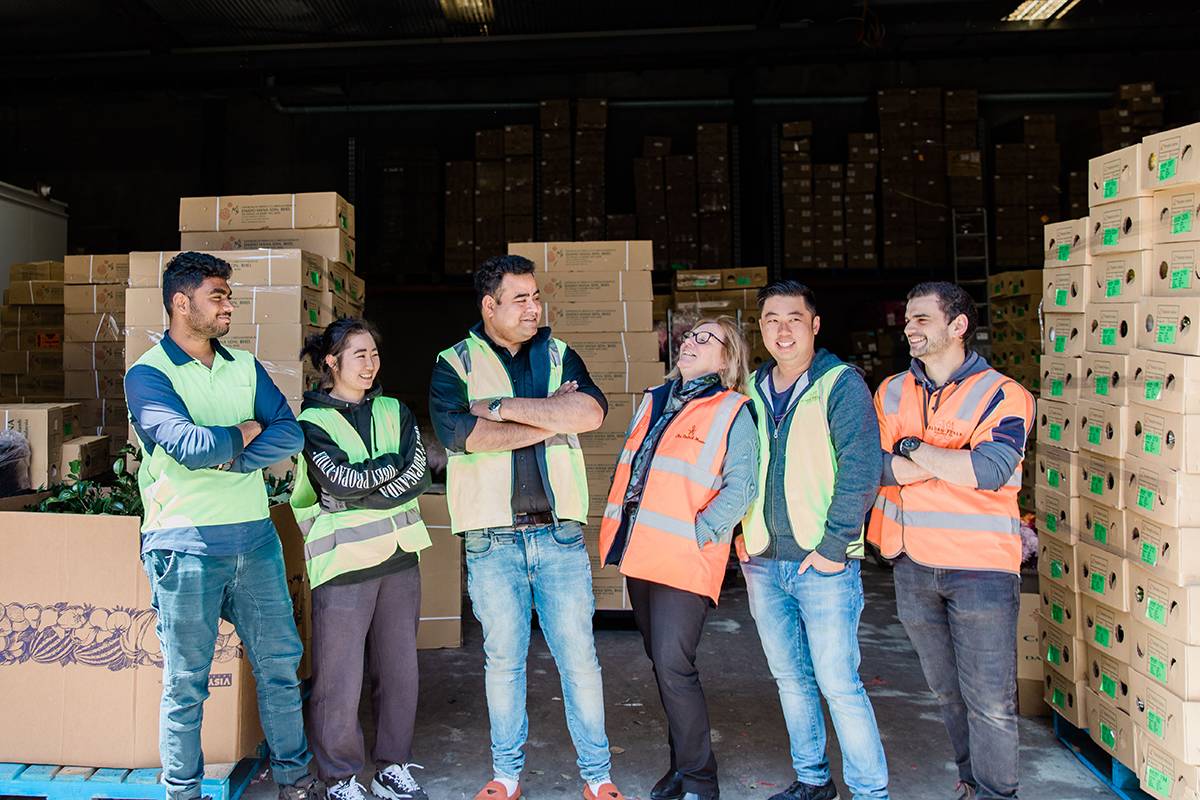 Where do you import your flowers?

How many flowers do you deliver to your customers in Australia?

“We send out at least six to seven 24-pallet trucks every week to different parts of the country. We use our own fleet for distribution within Victoria. For interstate transportation, we generally partner with external transport companies.”

What are Australia’s current consumer purchasing trends for cut and dried flowers?

“It’s currently our winter in Australia. Typically, at this time of year, we see fewer weddings and other events, so the wedding colours (pinks, creams, whites) go out of fashion for a few months. But this winter we are seeing a very strong demand for wedding colours in all kinds of products, including roses, carnations, and peonies. We are also experiencing a big trend for Phalaenopsis cut stems, which has been a very significant product line for us over the last year. We’re seeing a consistently high demand for premium products – possibly because people haven’t travelled as much over the past few years, so they may have more disposable income. Or perhaps they want to make up for that lost time. Whatever the reason, this season’s weddings and parties are bigger and better than ever.

The demand for dried flowers is not, I would say, at the level, it was maybe two years ago. The demand has settled down, but it’s still moving at a constant pace.”