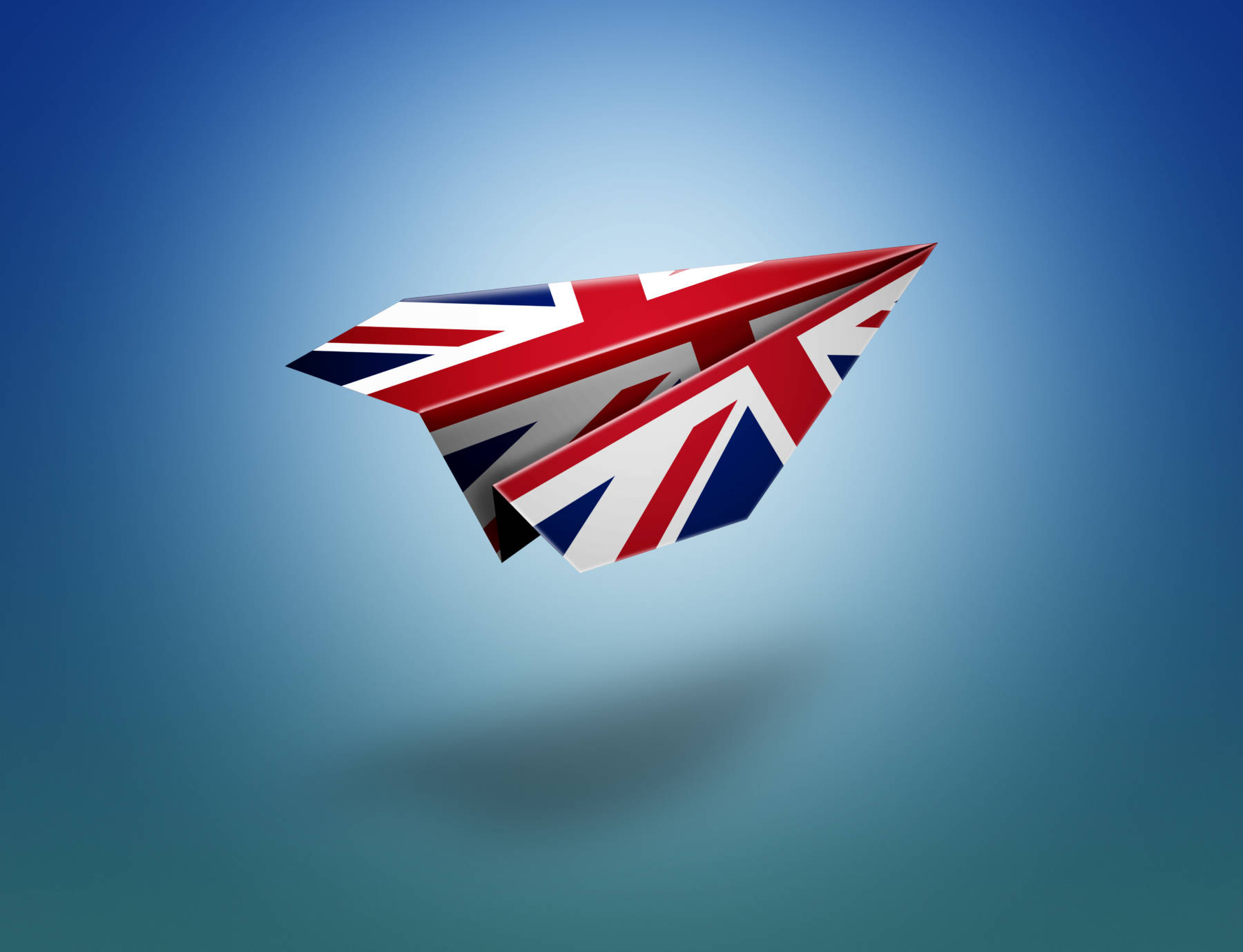 WESTLAND, Netherlands: With much of Europe facing new Covid-19 restrictions, for Dutch horticultural companies, the forward-thinking decisions are probably not on Brexit but the focus should be on preparation now. Winand Quaedvlieg of the Netherlands’ leading employers’organisation VNO-NCW is urging the Dutch floriculture sector to get ready now. “Another transition period is ruled out and the guillotine is to come done on the first day of 2021. Deal or no deal, Brexit will mean radical changes.”

On 29 October 2020, the Dutch-based World Horti Centre in association with Rabobank brought together a line-up of speakers to examine what business must consider when preparing for the end of the transition period.

In daily life, Suse van Kleef is the UK&Ireland correspondent for Dutch public broadcaster NOS. When the UK voted to leave the EU by 52 per cent to 48 per cent in June 2016, her employer sent her to the UK to gain facts, figures and, above all sentiments among the population.

Van Kleef thinks that for most Brits Brexit is a rather emotional and divisive issue. When travelling across the country and speaking with people, she learned Brexit lacks the kind of pragmatism, which she thought of as being the binding glue between the decades-long Dutch-Anglo relationship.

“The marriage between the UK and the EU has never been a love affair,” Van der Kleef said. She captured the audience’s interest by showing a video from the 1978s – a period of industrial unrest, inflation, and unemployment in the UK.

The video featured a working-class chap in a John Travolta style jacket, strongly opposing the loss of identity for his country, and arguing the fact that his ‘island’ that once ruled the world must not participate in a political pan-European project.

“This, for me, is the Brexit vote in a nutshell, the same kind of conversation I have had with people over the past four years. Brexit is not about facts, pragmatism or economic impact per se. Sovereignty, supremacy of EU law in certain areas, and imperial nostalgia dominate the debate in the UK,” Van Kleef said.

Emotions, which she thinks, are often more important than practical issues or economic disadvantages. “And my experience tells me that these emotions are not always easy to understand, often leading to critical misunderstanding over Brexit in the Netherlands. As such we will not deliberate further details on emotions but focus on practical matters, something we are rather good at,” expressed Van Kleef.

She announced the keynote speaker, VNO-NCW’s Winand Quaedvlieg, who was speaking from his office in Brussels. Quaedvlieg reminded us that the end of UK’s 47 years of British membership to the EU exists already.

The UK and the EU went separate ways on 31 January 2020 under the terms of a transition period which ends on 1 January 2021. He said, “That is when the guillotine will come down. Any transition extension is ruled out. Deal or no deal, the consequences will be significant.”

Quaedvlieg noted that against the backdrop of a too sluggish process of negotiations, it is difficult to know what is going on behind the walls of bureaus in Brussels.

“There is little news about the trade deal negotiations, and what comes out is mostly contradicting. What we do know about for sure are the key hurdles. These include EU access to UK fishing waters, the level-playing field to prevent unfair competition, the structure of the overall deal and its legal framework for dispute settlement, and the special arrangements for the border between Northern Ireland and the Republic of Ireland.”

Despite being reluctant to embark on speculations about the outcome, Quaedvlieg is confident that the UK and Brussels will soon come to a resolution. He highlighted how trade talks have intensified with trade and industry stepping up pressure on the government. “It is generally accepted that Boris Johnson will wait for the US presidential election result before deciding for a no-deal, a situation in which he needs the support of Donald Trump. What’s more, a recent poll found that 57 per cent of Brits will blame their government in the event of a no-deal, while 65 per cent of them think that the government has messed up the negotiation process. Figures that will not leave Johnson cold.”

The VNO-NCW man went on by urging all players within the Dutch horticultural industry to get ready now, taking the worst-case scenario of a no-deal as a departing point. He pointed to useful information available at the EU’s Forging a new partnership website and the Dutch language Brexit Impact Scan website

No ‘everything will be alright approach’ please

Quaedvlieg warned entrepreneurs for unpreparedness and an ostrich-like ‘everything will be alright approach’. “Both the Dutch government and the EU are crystal-clear: business has been granted a four-year period to prepare itself. On 1 January 2020 the UK will become a third country to the EU, just like Nigeria, Indonesia, or the United States. Deal or no deal Brexit will bring no less than 34 customs formalities to check. Under a no-deal, moreover, Brexit will mark tariffs on goods traded: up to 40 per cent for specific meat, ten per cent for cars, eight per cent for fresh produce, and fresh cut flowers eight per cent (zero tariff anticipated for houseplants).”

For floral wholesalers that already export to or import from non-EU countries, Brexit will be more ‘business as usual’, but with higher heaps of paperwork. For companies that only trade with the EU, Brexit will mean completely new processes and documents.

Even with the most favourable outcome, Brexit will have far-reaching, time-consuming, disrupting, and costly consequences.

VNO-NCW strongly advocates a deal but notes that there is probably less discrepancy between a deal and no-deal than people think. To illustrate his words, he painted a no-deal scenario in which Dutch customs will need 900 additional employees contrary to the 750 new employees hired in the event of a deal.

Stefan Koopman, a senior UK economist at Rabobank cited a 2017 study that found that the price an average working Brit pays for a no-deal Brexit will stand at €13,500 in 2030. This figure represents an accumulated loss in income due to higher trade barriers, decreasing trade flows, lower foreign investment levels, a declining labour force due to migration, higher inflation levels and reducing buying power. Even in the case of a deal, the financial toll per British workers is around €9,500.

Rabobank’s more recent macro-economic study, shows how Covid-19 overshadows Brexit’s economic impact. Its baseline forecast envisions a 4.1 per cent contraction in global GDP in 2020 with the UK economy (-13.3 per cent) being among the hardest hit.

Koopman said that contrary to earlier research findings there is little evidence that Brexit will ignite another economic recession. Still, the UK’s departure from the EU will delay the country’s recovery significantly with the economy back to its pre-Covid levels within five years in the case of a deal. The no-deal scenario, however, looks much gloomier with the road to recovery being possibly ten years.

Referencing the pound sterling’s dramatic depreciation following the UK’s referendum vote in 2016 (when the pound fell sharply against the euro, at a rate of up to10.4 per cent), Koopman notes that EUR/GBP remains trading sideways with the pair showing no clear direction.

Finally, Koopman summarised Brexit’s overall impact on the horticultural sector. In the great majority of case, tariffs will apply on imported goods while non-tariff barriers such as red tape, and general disruption will also play their part. At the same, the UK’s internal economy continues to weaken with next year a further rise of unemployment to 9 per cent from the current 4 per cent amid Covid-19.

Under a no-deal, the expectation for sterling is unpredictable and vulnerable. Rabobank equally looked at price elasticity for fresh produce and ornamentals. Vegetables and fruits – the consumer’s essentials – are less likely to be impacted. The bank is, however, inclined to adjust estimated future spending on ornamentals downwards, contrary to fresh produce.

An eight per cent tariffs on imported flowers

Commenting on Royal FloraHolland’s Brexit Impact Analysis, Eline van den Berg anticipates most of the disruption taking place in fresh cut flowers (accounting for 73 per cent of total Dutch exports to the UK ) with an eight per cent tariff on imported flowers. Zero tariffs for flowers from Kenya and South America are likely here to stay.

She said the costs of customs formalities for exported goods from the EU and imported goods into the UK might be as high as €78,20 and €126,70 per shipment, respectively. With flower buckets returned to their Dutch sender better not to be overseen as these represent imports into the EU.

As thorough inspections on goods imported from the EU have not been required at the UK borders up until now, each port only has the customs capacity for the Non-EU goods it processes.

If the UK leaves the bloc without a deal, the UK Road Haulage Association (RHA) expects that “movements will rapidly grind to a halt as vehicles back up waiting to be processed by customs authorities.”

Royal FloraHolland expects shipments to incur a delay of sometimes of more than 24 hours. Floral wholesalers may have to pay a Brexit charge to their transportation company.

The new rules with regards to importing and exporting plants will enter in vigour in three steps. Importing plants and plant products from the EU from 1 January 2021 means that high priority plants from the EU must have a phytosanitary health certificate, a pre-notification, submitted by the importer in the UK, documentary and identity checks, and a physical inspection.

From 1 April, traders must use the relevant IT system to notify the Animal Plant Health Agency that they are importing regulated plants.

From 1 July 2021 regulated plants will have extra documentary checks and physical inspections. Van den Berg estimates costs for phytosanitary checks will stand at €190 per shipment.

She went on to say that Brexit’s financial impact will be substantial due to a four per cent decrease of  the UK’s disposable incomes and a three per cent decrease in overall consumer spending. “The market is expected to back at pre-Covid level only in 2024.”

Making very conservative assumptions and taking all the costs in the various field together, Van den Berg concludes that Brexit will make flower and plant trading to and through the UK a costly exercise. From a grower’s perspective, there will be a noticeable drop in demand for quintessential British blooms such as Chrysanthemums, lilies, and gerbera. At the same time,  wholesalers will face higher operational costs and less demand from customers. Royal FloraHolland will also be directly affected by Brexit with sales revenues from its second-largest export market – worth €855 million in 2019 – under pressure.

There is a belief that after Brexit there will be a shift in trade patterns in favour of zero-tariff flowers from Africa and South America, which will bypass the Dutch auction.