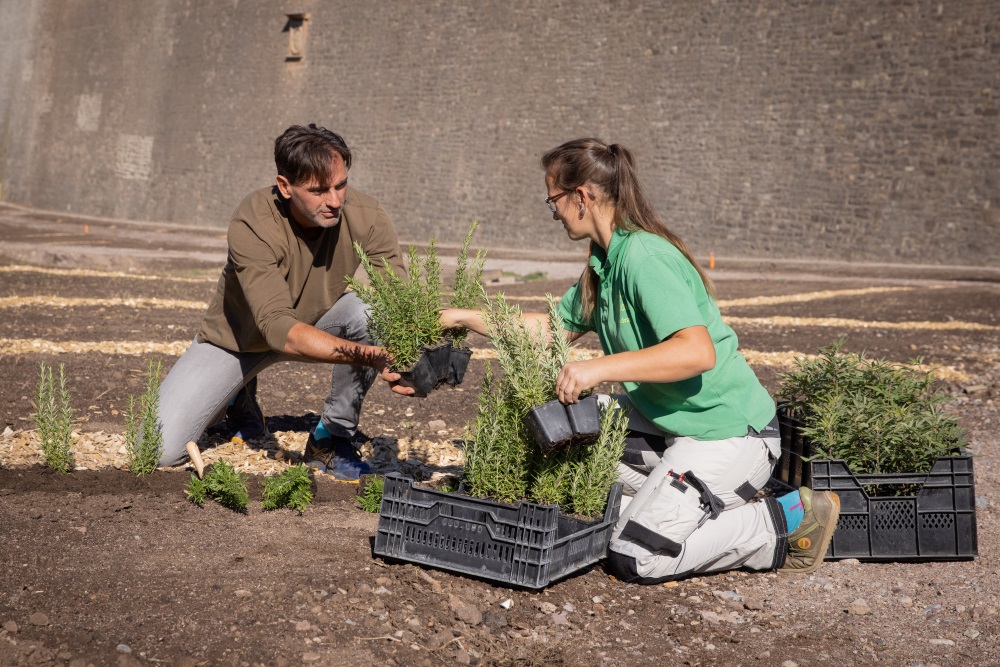 ERFURT, Germany: Germany’s biennial Bundesgartenshau (BUGA), also known as Federal Horticultural Show, is taking shape in readiness for the show, which will burst into bloom from 20 March to 24 October, 2021. This time it is the turn of Erfurt to host the ‘Everblooming’ themed event, which organisers and ‘Erfurtarians’ say feels like ‘coming home’.

The BUGA 2021 will be held in two different parts of the city: the 36ha egapark to the west and, the 7ha Petersberg fortress with its moat and vast gardens.

Erfurt (210,000 inhabitants) is the capital of the Germany state of Thuringen and was once part of the former socialist East Germany. As such the city hosted the ‘first international horticultural exhibition of socialist countries’ that took place in 1961 on a plot of land that is today known as egapark.

The garden ranks among one of the few designed in the German Democratic Republic and is a shining example of 1960s garden design, characterised by post-war modernism. The site includes the 15th century ruins of the Cyriaksburg fortress, today home to a horticultural museum.

An absolute highlight of BUGA’s egapark site is Danakil, a 2000m2 and 11 metres tall greenhouse construction, named after the Danakil Depression, a vast desert in northern Ethiopia. The exhibition will guide visitors through deadly hot, inhospitable plains and lush green primeval forests while highlighting the vital role water plays to life. Last September, Danakils first inhabitants moved in when egapark gardener Christoph Knappe and his team released a group of Pacu (a cousin of the piranha) and Barbus fish into a new 38m3 aquarium (photo).

Closer to the Altstadt, Erfurt’s city centre, lies BUGA’s second exhibition site Petersberg. Petersberg is a citadel, built on the remains of a medieval Benedictine Monastery.

For the 2021 BUGA, its dry moat will host ‘Erfurt’s Treasure Trove of Garden Plants’, a celebration of culinary, medicinal and aromatic herb plants, some of them originally bred in Erfurt.  Friday 2 October marked an important milestone with the first Rosmarinus and  Salvia being planted on the steep ramparts with curious by-passers witnessing how the BUGA is now clearly taking shape.

The residents of Erfurt have always shown an extraordinary passion for and love of gardens so for many ‘Erfurtarians’, already the preparations for the BUGA flower show feel like coming home. So much of the country’s horticultural history is rooted in this region –Ernst Benary, for example, founded his eponymous company in Erfurt in 1843, which today is among the world’s most reputable seed companies – that it has been often dubbed the ‘cradle of horticulture’

When digging into the origins of the BUGA one will discover that the event started as an exercise in lanscaping and town planning. From the onset they proved popular, not least because they provided a welcome dose of colour and fragrance to Germany’s grey, impoverished, dreary and shattered post-war cities. The inaugural edition of BUGA took place in 1951 in Hannover. The latest edition took place in 2019 in Heilbronn while Mannheim will host the BUGA show in 2023.