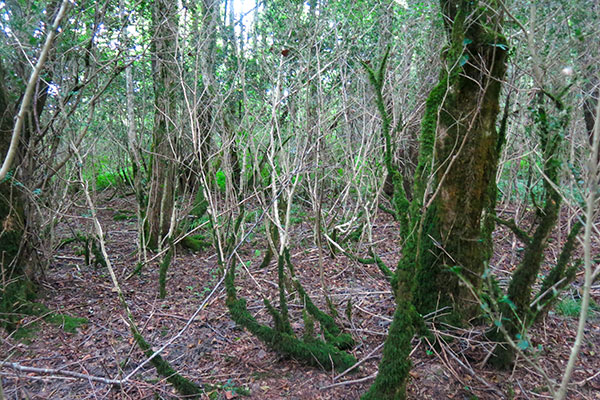 Outbreak and spread of pests and diseases of Boxwood threaten to compromise its significant market position, writes Dr Audrey Gerber.

While the search goes on for control measures and resistant varieties, research in the forests of Georgia reveals the complexity of the problem and leads to a strategic plan for managing spread.

The endemic and rare species of rich broadleaf and coniferous forests are the real treasures of Georgia, and they are highly threatened by the loss of the endemic boxwood species, Kolkhic boxwood (Buxus colchica). This is a related species of the horticulturally important Buxus sempervirens, and believed to have naturalised into the landscape following planting around churches. The massive decline of Kolkhic boxwood in these forests precipitated an in-depth research study, lead by Dr Iryna Matsiakh. 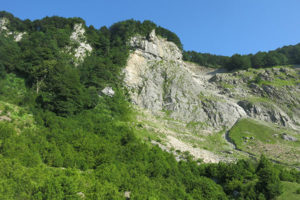 Species and varieties of Buxus show variation in susceptibility to box diseases and this gives the industry hope that tolerant selections may be found. The genetic population diversity of Buxus colchica has yet to be investigated. “During field trips,” says Dr Matsiakh hopefully, “we observed variety in shape, colour and size of boxwood leaves. But only a full study would reveal if resistant varieties exist.”

In Dr Matsiakh’s opinion, environmental factors are one of the most important concerns, as they determine the course of the disease process. Entire boxwood stands are killed by blight at sites with high summer humidity and precipitation, as the interaction of local environmental factors enables the pathogen to be more aggressive. Changing climatic conditions are already apparent in the region, with increasing temperatures, shrinking glaciers, rising sea level, reduction, and redistribution of river flows, decreasing snowfall and an upward shift of the snowline. “Of course, many tree species will suffer from climate change by becoming weakened and more susceptible to invasive species,” says Dr Matsiakh. 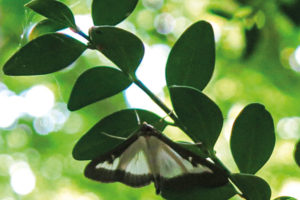 Climate change may favour both box blight and boxwood moth. “The moth is multivoltine, having more than two generations per season,” explains Dr Matsiakh, “and in warmer conditions, this can increase to three or four generations. At lower altitudes, the young caterpillars may even feed and overwinter successfully.”

Not everything related to plant health is outside of our influence, though. Box tree moth was inadvertently introduced to the region on imported boxwood used to decorate the Olympic village and Sochi city.

Early control methods were not completely effective, and, within a year, a massive spread of box tree moth was obvious. This devastating outbreak could have been avoided if the strategic plan that was developed as part of Dr Matsiakh’s research was in place at the time.

The strategic plan for recommendations and proposals for the conservation and management of native boxwood forests has four major elements: Prevention; Early Detection and Rapid Response (EDRR), Control and management; and Rehabilitation and restoration.

Dr Matsiakh considers that the strategic plan can be used to apply to other regions also fighting invasive species. “The four strategic areas,” she proposes, “have relevance to any protection management programme. They all require partnerships, collaboration, scientific activities, communication and education, and funding support”.

The sad story about the introduction of invasive species to the Caucasus region demonstrates the critical need to tackle environmental challenges and to build strong collaborative links between the horticultural industry, businesses, scientists, decision-makers, and policymakers.

Dr Matsiakh promotes more open discussion and a more integrated approach across environmental and trade obligations. Regulatory bodies/authorities need greater awareness and access to scientific knowledge about the likelihood of the introduction of new pests and diseases. Growing awareness of environmental issues among stakeholders is a key driver of opportunities to bring the economy, trade and environmental sustainability closer together.

Dr Matsiakh calls for more attention from local politicians to plant protection issues because the specific decisions that need to be made depending on regulations of plant trade, and the ability to authoritatively and effectively react to emerging threats. “I am pleased that this research has resulted in practical implementation that is still ongoing. I dream that my grandchildren will see the results of our efforts,” she smiles.

This assessment of forest pests and diseases in the native boxwood forests of Georgia was conducted by Dr. Iryna Matsiakh (Assistant Professor of Forestry Department at the Ukrainian National Forestry University, Lviv; International Consultant, National Forestry Agency of Georgia). The work was carried out from July 2015 to February 2016 in the frame of the regional programs “European Neighborhood and Partnership Instrument (ENPI) East Countries Forest Law Enforcement and Governance II Program” and “ENPI East Countries FLEG with support of the Austrian Development Agency. The Program is lead by the World Bank, working in partnership with the International Union for Conservation of Nature and Natural Resources (IUCN) and the World Wide Fund for Nature (WWF). 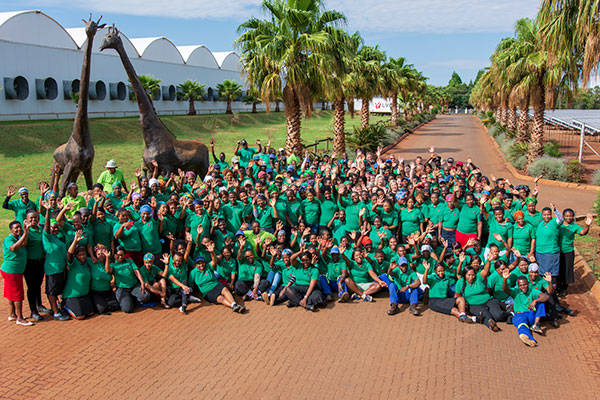