Bridging the gender equality gap in the floriculture sector 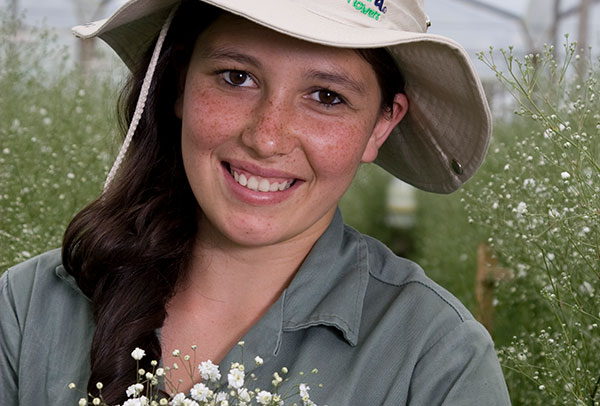 BOGOTA, Colombia, NAIROBI, Kenya: Women provide a crucial role within the floriculture industry worldwide, and here we celebrate this fact in tribute to International Women’s Day on 8 March. In FCI’s research, we interview women working in the flower sectors of two key countries: Colombia and Kenya.

Since the onset of commercial floriculture, women make up a prominent share of the workforce. In Colombia, for example, an estimated 25 per cent of rural jobs are held by women in floriculture, according to PROCOLOMBIA (a Government agency promoting exports). Trade body ASOCOLFLORES reports that the Colombian flower sector currently provides about 120,000 direct jobs, and over 65 per cent of employees are women. There are multiple additional indirect jobs that women do for the industry. What happens to these women impacts hundreds of thousands of families. It is important to note here that more than 60 per cent of women employees are the primary wage earners of their family, shouldering expenses entirely on their own.
Similarly, the Kenya Flower Council (KFC) reported that 70 per cent of direct jobs generated by the Kenyan flower industry are held by women, adding up to 2.5 million livelihoods.

For many years, both trade associations have led strong initiatives aimed at promoting gender equality, providing equitable working conditions and opportunities for women and men, cooperating with local communities to improve health, education and childcare conditions, and others. This positive action features in Asocolflores’ Florverde® Standard and the KFC Flowers and Ornamentals Sustainability Standard, both of which can be found in the Floriculture Sustainability Initiative (FSI) Basket of Sustainable Standards.

In analysing information provided by these two organisations, it becomes clear that women have gained substantial participation and perform at all levels within the sector, from fieldwork to management and everything in between. We received comments from two women in high- ranking positions. 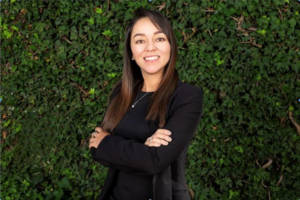 The Florverde® standard currently coordinates efforts related to environmental and social management within the UN’s framework of 17 Sustainable Development Goals (SDG);
“SDG 5, aims at achieving gender equality and empowering women and girls, it has become our guiding light for our current activities,” says Katheryn Mejía, Director of Social Responsibility at Asocolflores.

In agreement, Loise Mukami, Senior Lead Auditor at KFC declares “KFC has realised that the resilience of the flower industry is intricately linked with the status of women, and for that reason has worked over two decades on standards to integrate strategies and improve labour standards.”

Our research finds that many flower companies are developing positive inclusion programmes to support women workers including nursery facilities for babies and toddlers, mothers breastfeeding facilities, and daycare or kindergarten units for young children. Also, providing educational opportunities for women, that will later translate into notable career advancement.

We invited views from women in floriculture about their work, how their careers had developed, their principal achievements and challenges they found along the way. We also asked for their advice to the next generation of women joining the industry.

Here are our highlights: 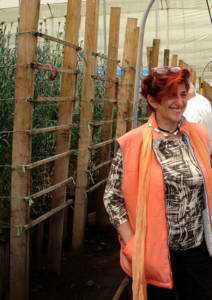 Rosaria Carulla has been working for more than 35 years in companies exporting flower at the Flores Funza Group in Bogotá, Colombia. Flores Funza brings together several farms spanning 250ha and employing more than 2,000 people. Carulla estimates about 80 per cent of the workers are women. She currently holds a position as General Manager of Flexport de Colombia, a large farm in the group growing mostly carnations.

Carulla has degrees in both landscaping and horticulture. She began her career in floriculture in her early 20s. “In those days, it was quite a challenge to supervise the work of the older men,” she says with a smile. She adds, “But I soon learned how to manage.”

Over the years, she has held various positions, always striving to excel at what is the core of the business: producing cut flowers of the highest quality, within environment-friendly practices. Her work has been duly recognised – for example with an award from the US Environmental Protection Agency. She says her greatest career satisfaction is seeing increasing numbers of women for whom floriculture, “has offered an opportunity of a better life.”

Mary Luz Pérez is an accounting analyst and treasurer for Asocolflores who started her career fourteen years ago as a basic operator in a flower company offering educational support to study finance and accounting at a technical institute. She acquired experience in corporate social responsibility. She then pursued a professional university degree in public accounting and has been working for Asocolflores since 2014. As a mother of two, her biggest challenge has been finding a balance between work, study and family life. But she is proud of her achievements and “would definitely encourage younger women to pursue their goals through the flower industry.”

In Kenya, Christine Shikuku talks about her job with Sian Roses where she is general farm manager, with an emphasis on human resources management (HRM). She holds a master’s degree in horticulture and a post-graduate diploma in HRM. She is an auditor for Kenya’s National Environment Management Authority (NEMA), conducting environmental impact assessments. “Gaining respect, acceptance and recognition from male colleagues is not always easy,” she states. “I often have to prove myself, my knowledge and skills.” 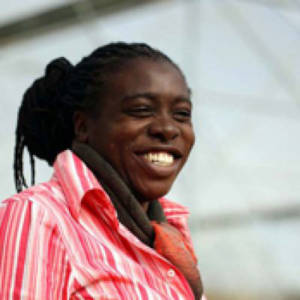 In the 14 years that she has worked for the industry, she has been offered a lower salary for a position previously held by men. Nevertheless, she has plenty of achievements to show and does not hesitate to encourage younger women to join the industry. “If you have a chance, go back to school to gain and expand your knowledge base to apply and compete for better positions in the workplace,” she advises. She continues, “Never shy away from opportunities; aim high, women certainly can get there!”