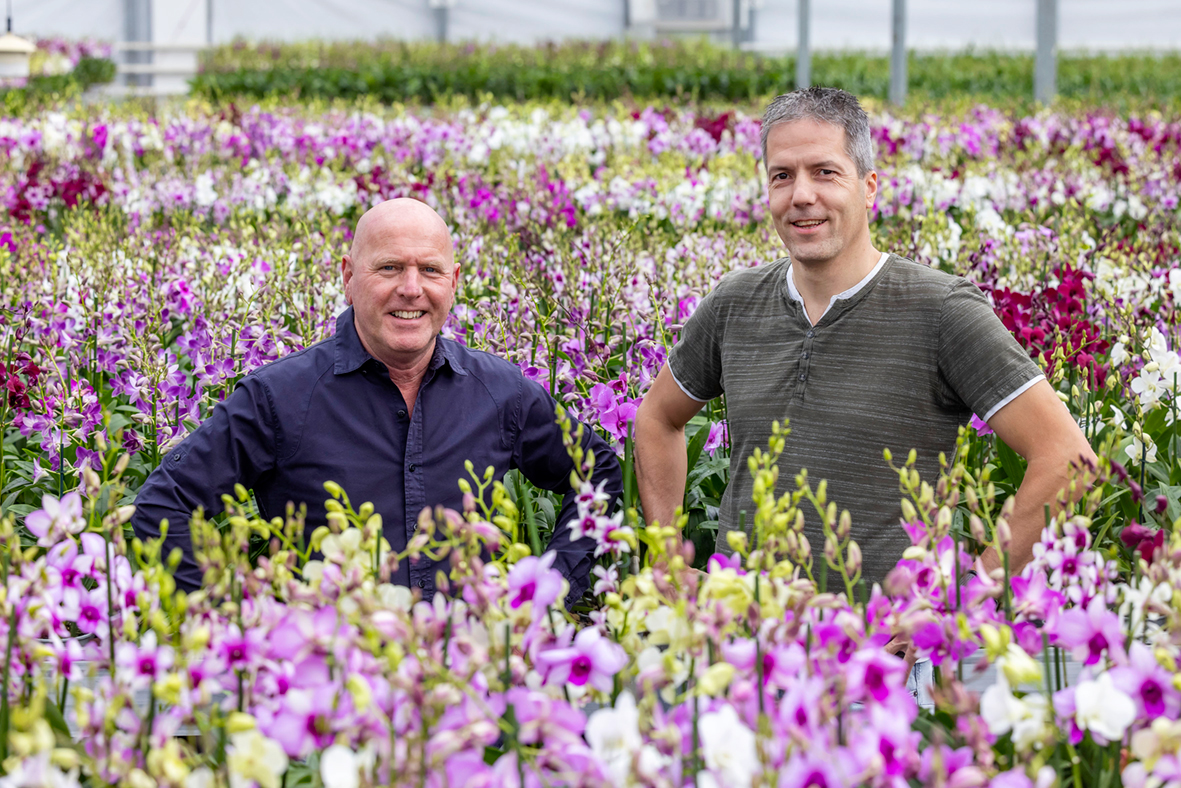 MAASLAND, Netherlands: Dutch-based orchid grower Fransen Orchideeën has taken sales of their exclusive range of Sa-nook dendrobiums into their own hands instead of having Logico in place.

Before Fransen Orchideen decided to take back control, Logico served as their sales agent, putting Sa-nook dendrobiums into the retail and wholesale market.

The company stated last month that it has hired Wil Nederpel as sales manager. At the recent Trade Fair Aalsmeer, Fransen Orchideeën debuted their own stand.

According to Rico Fransen, the Sa-nook dendrobium (botanically speaking Dendrobium phalaenopsis, Vappodes phalaenopsis, Dendrobium biggibbum var. Phalaenopsis or Dendrobium bigibbum var. Superbum.) market is a buoyant one. “When speaking to wholesalers and high end florists, they always ask me why this plant is so difficult to find. I am convinced that when giving dendrobium the amount of attention it deserves, ensuring that the right customer is served with the right plant Sa-nooks can largely contribute to profitable sales. That’s why we decided to take control over our sales.”

Fransen Orchideeën and Logico will not embark on completely different paths. Fransen says, “Logico can offers garden retailers total solutions in orchids. That too, continues to be important.”

Wil Nederpel is highly experienced in the field of orchid sales. Previously he worked for orchid growers Ter Laak Orchideeën and So Natural. Nederpel says, “Sa-nook orchids have always been a bit underrated and possibly have been overlooked in the rush of potted phalaenopsis. Until now. Because we intend to sell Sa-nooks as a specimen product, highlighting its excellent shelf life, bold colours and beauty. Fransen Orchideeën will focus primarily on wholesalers and high end florists, while previously the accent was on retail sales.”

Fransen Orchideeën spans 4ha of greenhouses at Herenwerf in Maasland, with a weekly output of 30.000 dendrobiums which are sold under the Sa-nook brand name Hans Fransen, Rico’s father, founded the company 25 years ago. Back then, he was one of the three driving forces behind Cameleon, Logico’s forerunner.