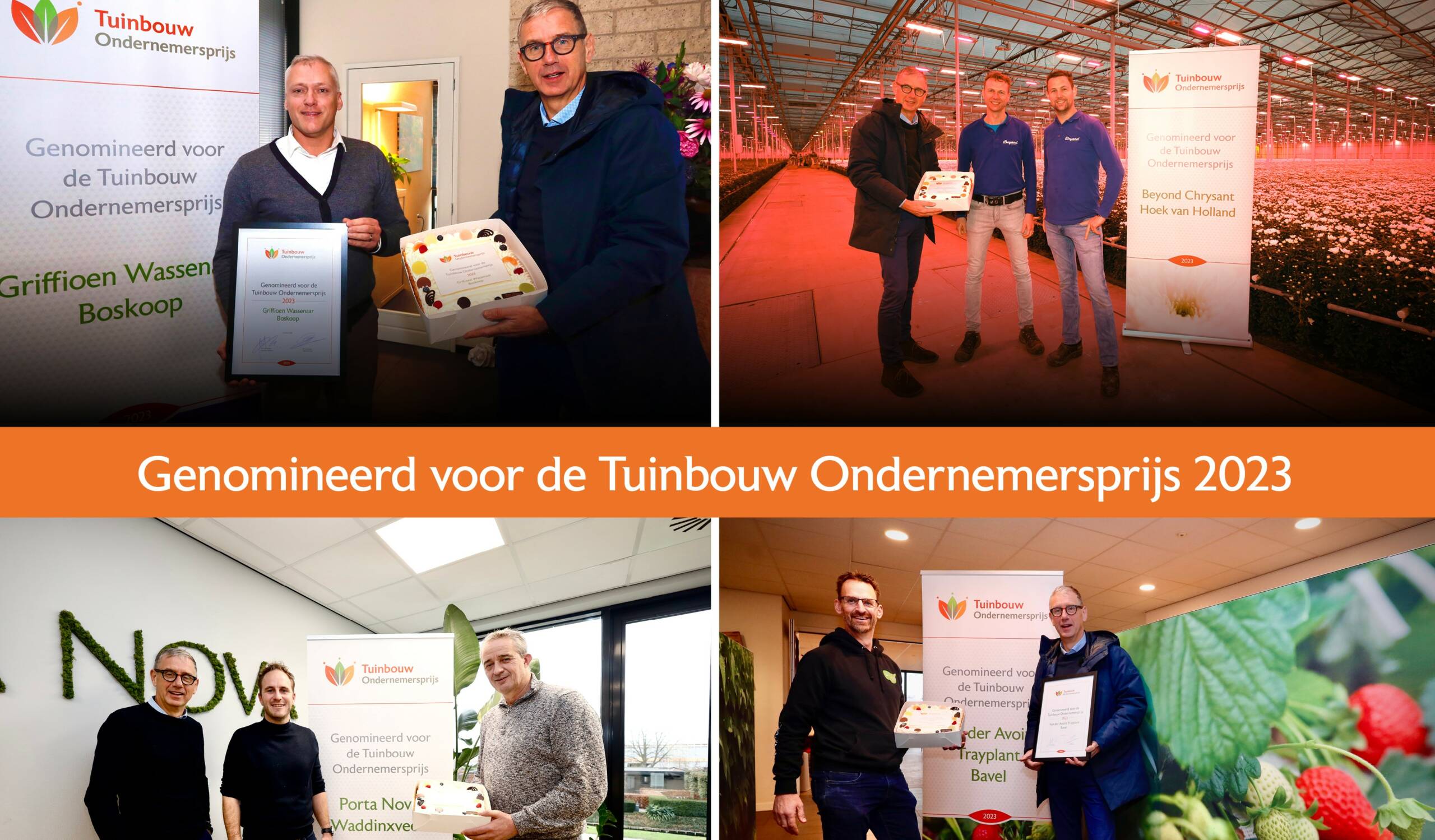 Four finalists have been announced as possible winners of this prestigious award. Chrysanthemum grower Beyond Chrysant from Hoek van Holland, perennial nursery Griffioen from Boskoop, ‘Red Naomi’ and ‘White Naomi’ rose grower Porta Nova from Waddinxveen, and strawberry and raspberry grower Van der Avoird Trayplant from Bavel will be vying for what is called the Dutch Oscars of the horticultural industry. All four finalists stand out for their passion, vision, drive and excellent entrepreneurship.

This year, the event organisers are also launching a new award: the ‘New Crops, New Uses’ Award to highlight and honour companies that have done particularly well in terms of their product innovations and their success in the horticultural industry.

Nominees for this inaugural award include wasabi grower Dutch Wasabi from De Lier, Theelers, a partnership between Corn Bak, GOVA, De Kruidenaer, and Westlandpepers focused on the manufacturing of herbal tea, and Biota Nutri from Roelofarendsveen, a supplier of organic fertilisers.

Wijnen Square Crops, specialised in the production and marketing of cucumbers and bell peppers won the trophy in 2022. The latest winner from within the ornamental horticulture industry was Phalaenopsis and Anthurium breeder and propagator Anthura, which won the accolade on 9 January 2019. This achievement automatically qualified the company for the 2020 AIPH International Growers of the Year Awards at IPM Essen where it was crowned the overall winner of the Gold Rose Award.

In 2021, there was no Dutch Horticultural Entrepreneur Awards due to Covid-19 restrictions.