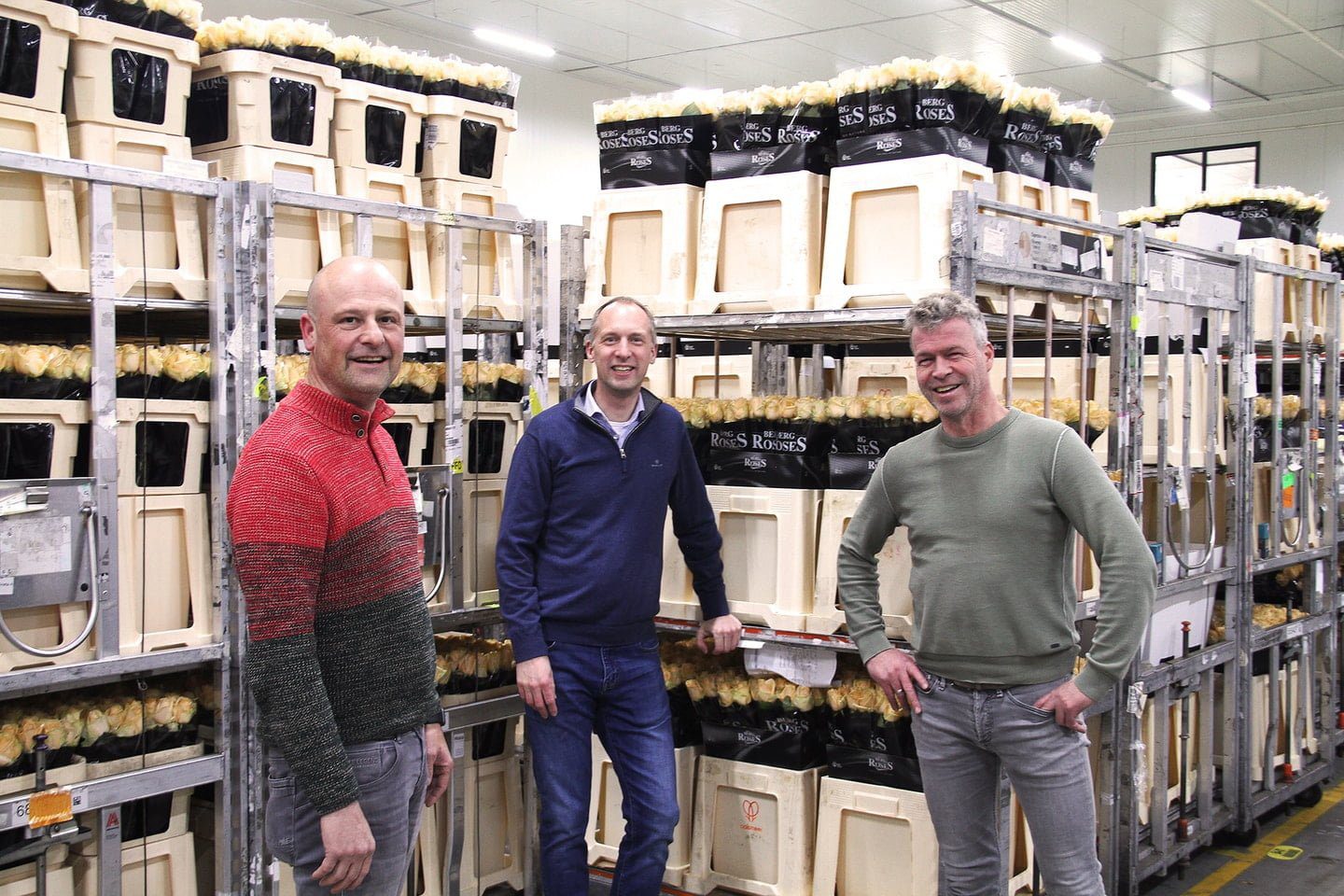 DELFT, Netherlands: Discontentment with the way flower auctioning in the Netherlands currently is done, is what drives rose growers  Arie van den Berg (Berg Roses)  and Paul Holla (Holla Roses) to act entrepreneurially. The launch of their new online flower auction is set for 9 June at 10am.

Online Flower Auction’s (OFA) mission is ambitious: collaborating with growers and buyers worldwide to progress from today to tomorrow using the most modern auctioning techniques.

Let there be no misunderstanding; there are no major differences between the Online Flower Auction – to launch in the Netherlands this spring – and the world’s largest floral trade hub and auction Royal FloraHolland. Both strongly advocate further digitalisation of the cut flower trade. Yet, rose growers Van den Berg and Holla are unhappy with the speed with which the flower industry is going digital and flowers and plants are distributed.

Online Flower Auction wants to create a future-proof clock auction, which can count on the support of the entire industry. To achieve such a goal it has teamed up with remote buying software suppliers Aucxis, Kosmos auction system and HortiNL. The latter will link the platform with existing systems and based on the standard in the ornamental floriculture industry.

With Berg Roses and Holla Roses bringing an impressive track record in cut rose production and trade Online Flower Auction, with an online clock running five days a week,  will focus on cut roses grown at home and abroad. OFA will auction off roses daily at 10am with growers delivering their flowers ex nursery to the exporters the next day before 6am.

It is not the first time that an online flower auction launches in the Netherlands. Industry veterans will remind how Dutch Africans launched Teleflower Auction (TFA), which back then created a shock wave through the industry. TFA was later sold to Royal FloraHolland.