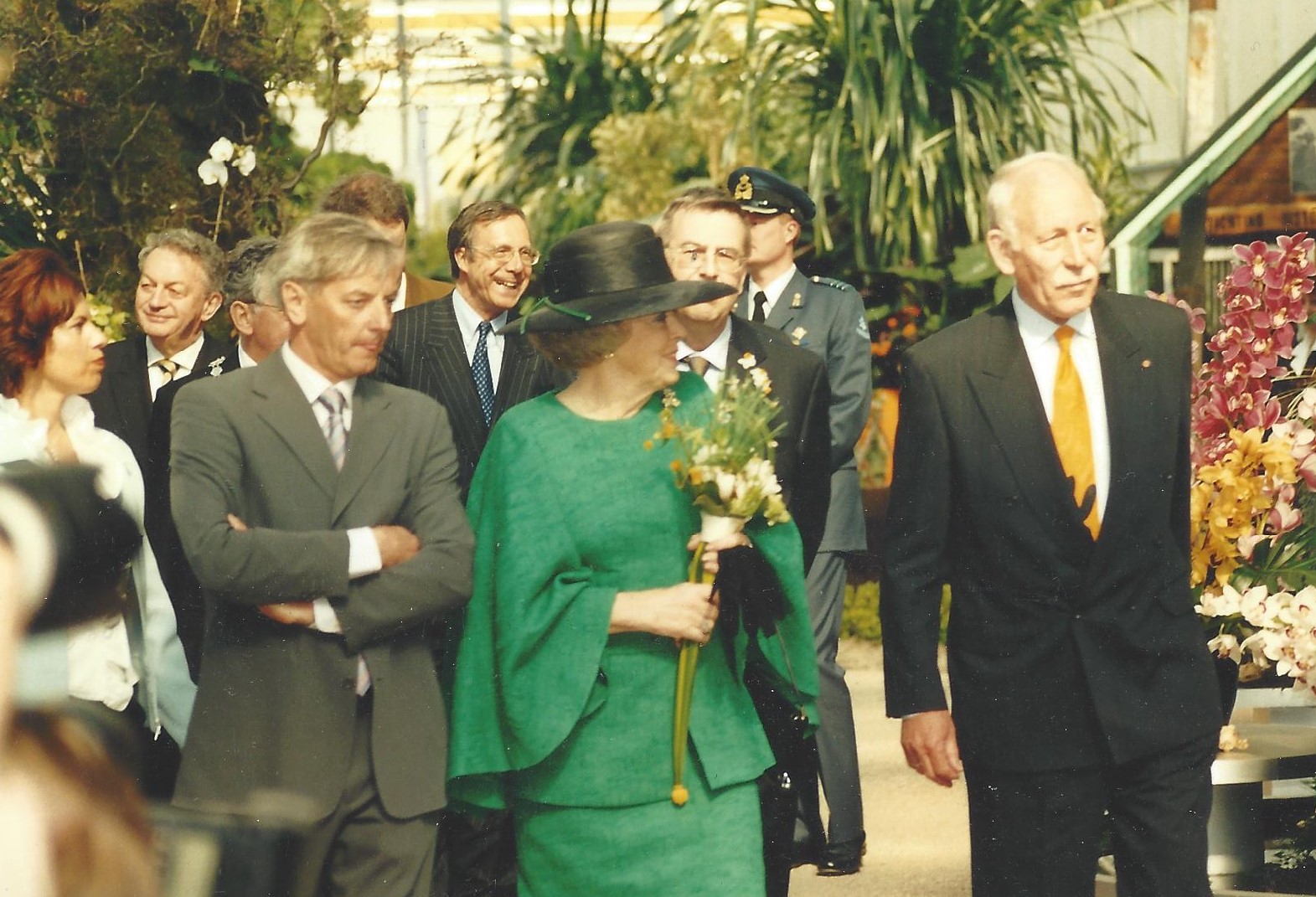 Jan van Doesburg (right) and former Queen Beatrix of the Netherlands at the opening ceremony of the 2012 Floriade show.

The Netherlands International Horticultural Exhibition Floriade was very close to Van Doesburg’s heart. In a 2016 interview with former Bloemenkrant anchorwoman Leni Paul, Van Doesburg recalled how in 1972 he took up the role of President of Floriade’s international panel of judges. “I remember it was the first time we saw the beautiful carnations from Colombia, which I thought merited a trip to flower farms in that country. To tour the different production areas and to gain more insight into the country’s competitiveness. At the time other new flower powerhouses such as Israel, Ecuador and southern Italy started to rise, countries in which the dutch floricultural industry explored potential partnerships during trade missions.”

Van Doesburg was a visionary industry expert, who in 1987 predicted that by 2012 Dutch flower auctions VBA and FloraHolland would have merged.

Between 1985 and 1994 Van Doesburg served as President of the association of Dutch flower auctions (VBN) and the Flower Council of Holland.

In this role, he frequently met with the rich and famous. Pictured is Van Doesburg in presence of former Queen Beatrix of the Netherlands at the opening ceremony of Floriade 2012 in Haarlemmermeer (which is today known as the venue of the horticultural trade show IFTF).

Jan van Doesburg was predeceased by his wife Sandrine. He leaves behind his son Jan jr. and his daughter Hanneke.