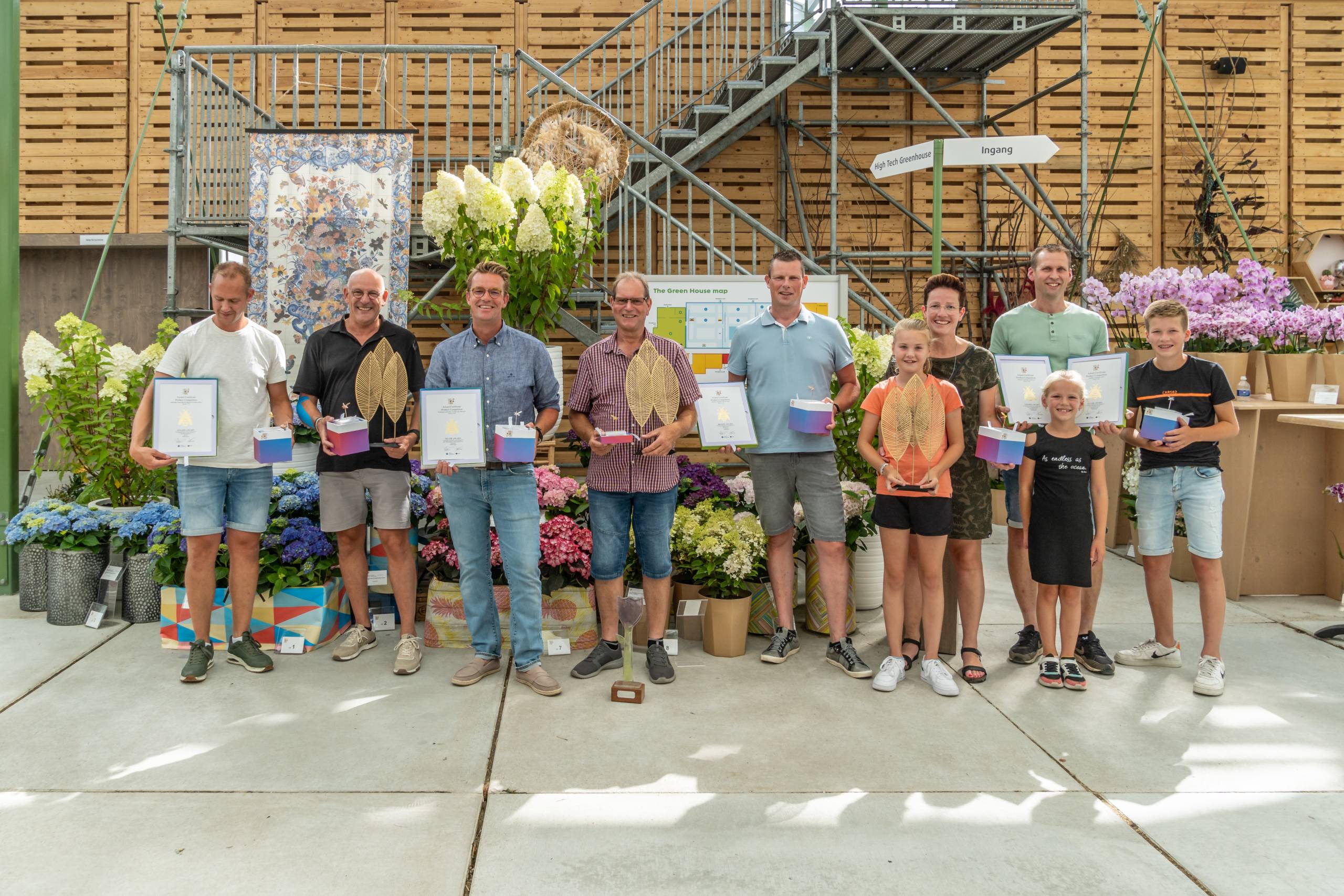 Aad van der Knaap, chairman of the Floriade judging committee, and Albert Haasnoot, secretary of Floriade’s Flowers and Plants advisory board, joined forces in announcing the nineth round of winners on Thursday, 11 August. The pair handed out awards in three categories: Delphinium, carnation and potted Hydrangea. 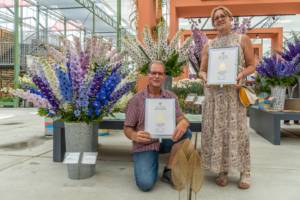 The Wigcherts won Gold for their Delphinium elatum ‘Dewi Spijker’.

In potted Hydrangeas, The Mastergrowers from De Lier scooped up the Best in Show award for its Hydrangea macrophylla ‘Magical Evolution Blue’.

Hermen de Graaf, secretary of the Stimuflori Foundation presented Delphinium grower N.G. Wigchert with the  Floriade Excellence Award for its collection of double flowered Delphiniums. This award recognises blooms with the wow factor. The judges praised the explosion of Delphinium colours, truly unique in that Delphiniums predominantly sell on colour. 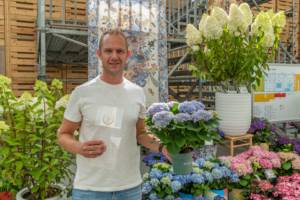 The ninth Floriade Awards Ceremony took place in what, until 27 September, is the home of 13 alternating flower and plants shows: the Green House. The awards are a celebration of the high standards that have been achieved by growers worldwide who, by participating in the Floriade contests, demonstrate their commitment to quality flower and plant growing.

The next Floriade Awards Ceremony is set for 25 August, with Gladiolus, cut Hydrangea and Kalanchoe in the limelight.