TOCANCIPA, Colombia: On March 11-13, 2020 Dümmen Orange held their open house to showcase new varieties from Jan Spek Rozen at Flores Prisma. After two similar events that same month in Ecuador, this open house turned out to be their last, at least for the first half of 2020 (maybe more).

Dümmen Orange and Flores Prisma have had a very successful relationship for several years, where the Dümmen varieties are evaluated and trialed at the Colombian farm, then selected for their suitability for production under Colombian growing conditions and destined for bud wood production and sales. 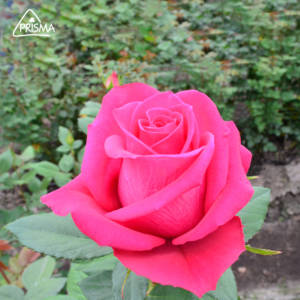 When Dümmen acquired Olij Roses (and at an earlier stage also Lex+, Terra Nigra, and Bartels), plus the agency for Jan Spek Roses and G-Rose Breeding, the initial area dedicated to these tasks at Flores Prisma became too small and at the end of 2017 was expanded, to ramp up the production of planting material and increase testing capacity.

Flores Prisma is a Colombian rose farm with nearly 30 years in the business, primarily producing high quality cut roses on 20 ha, sold in more than 20 countries around the world. About 54 per cent of the product mix is composed of red roses and the remaining 46 per cent of assorted colours. Prisma is GAP certified and is a prominent stakeholder of the Colombian and international cut flower trade.

Although there was already lots of talk about Covid-19 and some nervousness around cancelled flights and reduced freight, at the time of the open days, it still seemed like a rather distant problem, and a far-fetched, even crazy idea that all passenger flights to and from Colombia would soon stop entirely.

The idea that Colombian flower exports would be reduced to 25 per cent of their usual volumes almost overnight, would have been dubbed completely improbable, at the very least.

Back to the open house. The displays were magnificent and included various striking new cultivars including some garden roses and sprays. ‘Bluez’ (pictured) , a nice bicolor, ‘Grace Kelly’, a striking red and ‘Sweet Mama’ in an impressive pink stood out. Edgar Mosquera, long time manager at Flores Primsa took us around to the greenhouses, noting,  “We try out about 450 potentially new varieties (codes) each year. They come mainly from the Netherlands but also Kenya and Ethiopia.”

The breeding codes are grafted on Natal Brier rootstocks, then grown and observed under Colombian conditions for three flowering cycles. Of the 450 codes, a maximum of 3 to 4 end up being selected for commercial introduction. “It’s a painstaking job”, Edgar continues, “but one that guarantees success and the characteristic high quality and yield attached to our name”.

Looking back at this visit, I can only look forward to better times ahead, when all this enthusiasm and hard work can be once again fully appreciated by flower consumers around the world.