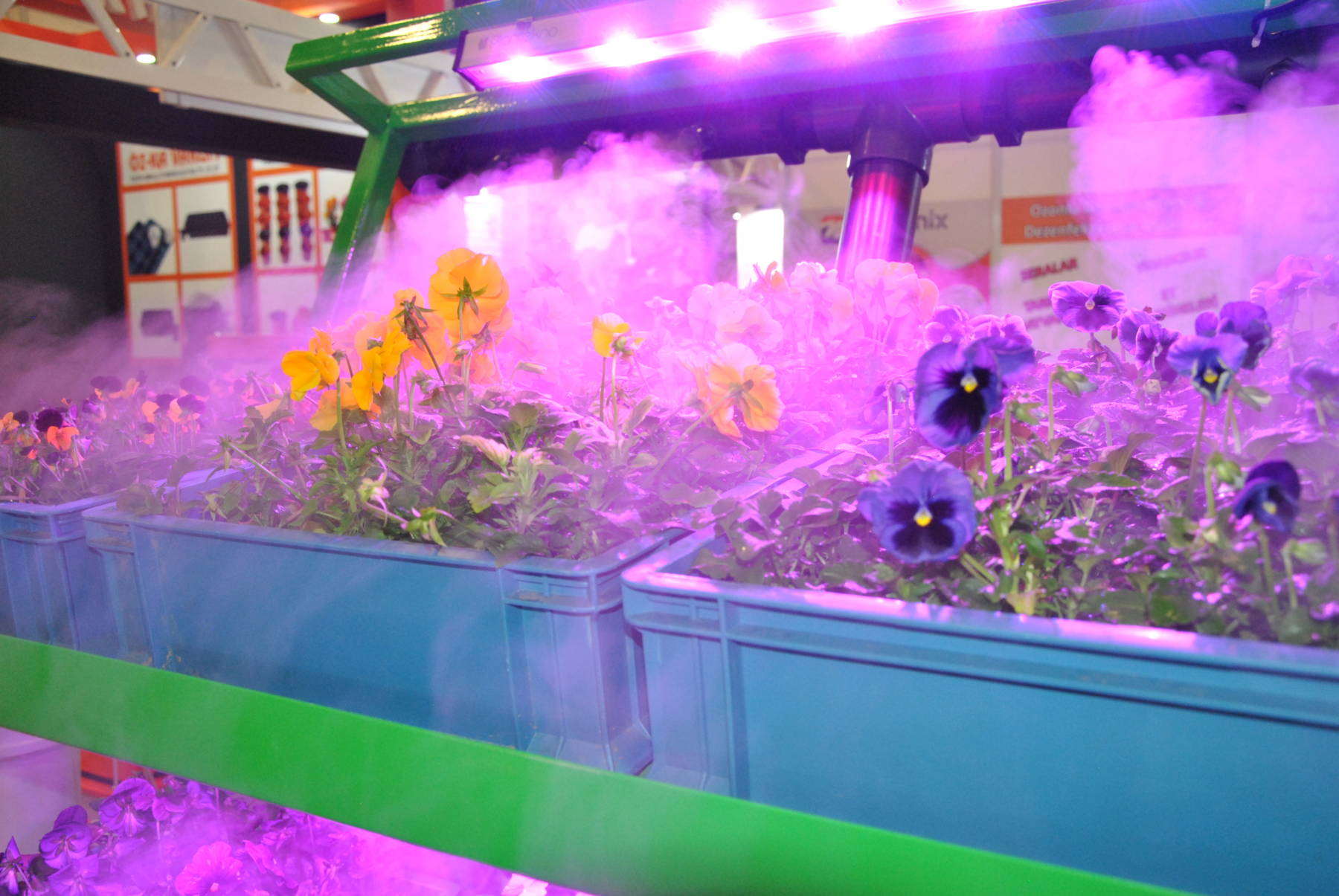 ROTTERDAM, Netherlands: Fleuroselect hosted its 12th Breeders and Young Plant Producers Conference on 3rd and 4th December 2019 at the Inntel Hotel in Rotterdam, The Netherlands. Here, growers could learn more about the current status of the knowledge on LED lighting in horticulture.

He who pays the piper calls the tune. With this in mind it was no surprise that Nicola Kimm from the event’s co-sponsor Signify was on stage as one of the first speakers on day one of the conference 3rd December 2019.

Kimm is Head of Sustainability, Environment, Health & Safety at the global lighting company and in her presentation entitled ‘Brighter Lives, Better World’ she explained that unlike some companies that do little more than talking about brand purpose, Signify is “walking the talk”. And for a good reason.

According to the United Nations, the world’s population continues to grow, albeit at a slower pace than at any time since 1950. From 7.7 billion people worldwide in 2019, the UN’s medium-variant projection indicates that the global population could grow to around 8.5 billion in 2030, 9.7 billion in 2050, and 10.9 billion in 2100. “Growing population means more demand for light. Today, lighting accounts for 13% of the world’s electricity demand. The global shift to LED will reduce this to 8% by 2030,” says Kimm who stresses that the fossil fuels for primary energy are finite and that the switch to more efficient lighting is a global trend that continues to shape Signify’s business.

The company’s Sustainability 2020 programme includes two overarching goals: to be a carbon neutral company in 2020 by sourcing 100% of electricity from renewable sources (Signify heavily invested in wind farms in Texas) in the same year and to generate  80% of revenues from sustainable products, systems and services.

So far, the global lighting company is on track to achieve its sustainability goals. Kimm proudly announced that in 2019 her company generated 80.7% of sustainable revenues while for the third consecutive year it has been named ‘Industry Leader’ in the Dow Jones Sustainability Index, a family of indices evaluating the sustainability performance of thousands of companies trading publicly.

In ‘unlocking the extraordinary potential of light for brighter lives and a better world’, Signify sees LED lighting as the hero of the sustainability movement.  The high efficiency, long life, and directional nature of LEDs may make them a natural choice for virtually every industry, including horticulture.

But despite the more than two billon deliveries of LED lamps and luminaires milestone anticipated for 2020, only a handful of greenhouse growers have wholly replaced their existing high pressure sodium  (HPS) growing lights with LED. There are working examples of LED projects, the world’s largest in horticulture being arguably LLC Agro Invest in Kaluga, Russia, growing 25 ha of tomatoes for the home market under full LED. Or, last summer, Dutch tomato grower Bryte opting for a hybrid lighting installation, using  Philips LED toplighting compact  and SON T (HPS) lamps.

In Dutch ornamental horticulture, growers combine the efficiency of HPS with the advantages of LED. The following growers are opting for hybrid lighting solutions:

The companies mentioned above are among the brightest examples of LED application and as such were included in the conference educational tour in the afternoon.

As LED pricing continues to be one of the biggest hurdle to the widespread adoption of LED lighting systems, Kimm gave some examples of sound business models in horticulture.  “The world is at the forefront of vertical farming ,” she said, explaining that a rapidly growing urban population needs to grow more food. “Indoor farming uses 80% less water than field farming, avoids pesticides and reduces foot miles. It’s a long way from Salinas to New York when trucking leafy vegetables. What’s more, indoor production of leafy greens means LEDs may lead to higher yields as they increase leaf expansion and consequently, allow light capture for photosynthesis.”

She pointed to the minimal use of power and long lifespan of LED grow lights with HPS lamps losing  brilliance over time while LEDs still maintain 70% of their brightness after 70,000 hours.

From Kimm’s discussions with conference attendees, it is clear that figuring out the ROI for using LEDs in ornamental horticulture is not an easy task and growers may benefit from teaming up with a Signify’s lighting and plant specialist to find the right light recipe. The economic payback may vary from three to five years and comes down to a range of considerations that include crop type, crop stages, energy use, maintenance costs and life span of the systems. It is pretty safe to say that the use of LEDs is predominantly used in cool temperature crops such as Hydrangea, Begonia, Freesia, leafy greens and potted herbs where heat delivery is a less important factor than light levels.

So, opting for LEDs is not just because of energy efficiency but because of their spectral effects on plant growth. Especially in plant tissue culture LEDs are hailed a success. One conference attendee warranted his peers that a tiered production system for perennials using LED modules is a good investment with less plant loss and improved product quality.

The initial cost of LEDs is not something to be taken light heartedly. “However, the transition is happing now,” assures Kimm to the audience, saying:  “After trialling, LEDs growers discover the benefits, and at the moment their interest in using the light is getting busier.”

Now that the LED revolution in horticulture is speeding up, the pertinent question is whether fierce competition between LED lighting manufacturers will cause prices to drop? Prices are lower compared to 11-12 years ago when the first horticultural LEDs made their debut at Horti Fair. Again, it depends on which crop and for what per crop stage. Overall, there are signs that the price trend per micromole is downwards.  According to consumer website  LEDinside, which has been tracking the street prices of LED bulbs in 2018, the average price of 60-watt equivalent LED products has dropped from around US$ 45-50 in January 2011 to below US$ 10 by July 2018. The current price for an LED lamp product is only one fifth compared to the price seven years ago.

When asked about the next big thing in LEDs Kimm concluded by saying that smart and ‘connected’ LEDs are the future with the company’s R&D department looking for new technologies which will enable LEDs to operate in a system instead of running in isolation efficiently.  “At Signify it is no longer all about selling products but equally it is about improving customers LED knowledge and upgrading their systems.“