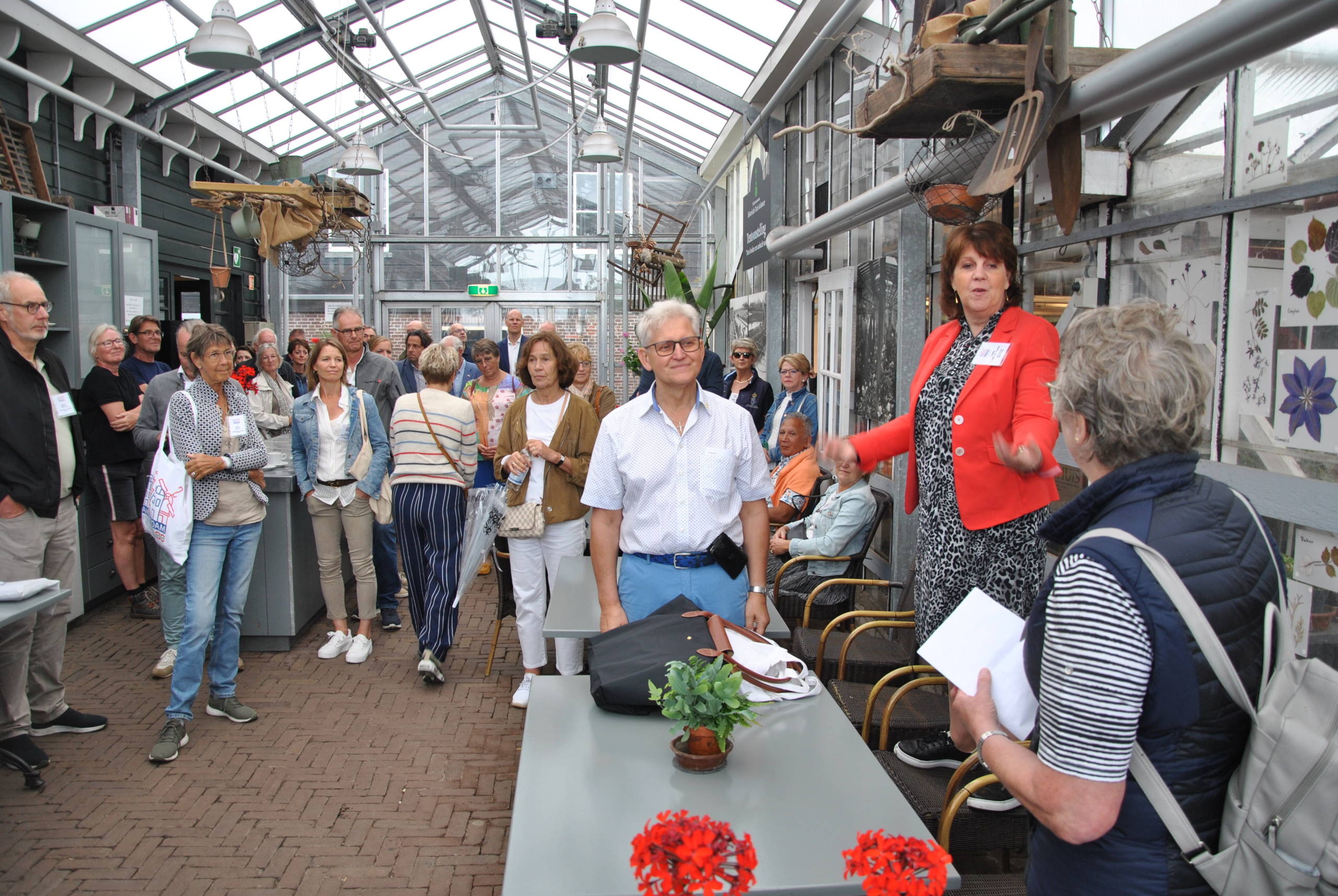 The Fleuroselect Convention is where the ornamental plant community comes home every year to share best practices, network with their peers, and celebrate all things flower and vegetable seed.

The 2022 Fleuroselect Convention had over 90 participants from 13 countries, with plant breeders, seed suppliers, distributors and young plant producers enjoying three days of networking and fun.

On day one, Fleuroselect held its Annual General Meeting followed by a ‘The importance of flowers and plants in the cities of the future’ themed education session.

Next, the group embarked on a visit to Circl, The Circular Pavilion. Circl, touted as the Netherlands’ first completely circular building opened recently in Amsterdam. The pavilion, an initiative of the Dutch bank ABN AMRO, is designed by architectural firm de Architekten Cie and serves as a meeting spot for bank employees and includes a restaurant, a roof garden, and an exhibition space, all three open to the public. In the evening, the Fleuroselect delegation got ready for a ‘together again’ party at In De Waag with entertainment all around including a memorable performance by an Amsterdam folk singer.

The next day, the party was off to ‘Historische Tuin Aalsmeer’, the Historical Nursery Museum in Aalsmeer where attendees learned about flower and plant auctions in the 1930s, a bidding process that used a wooden, Jugendstil style auction clock.  Also included in the Convention’s busy programme were visits to the Floral Art Museum and FloriWorld in Aalsmeer. 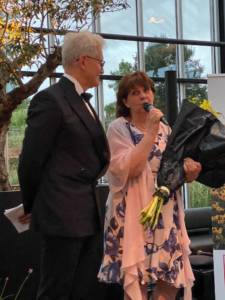 On Thursday Amsterdam-based Restaurant De Kas (The Greenhouse) was the venue of choice for Fleuroselect’s event of the year:  a black tie summer gala dinner featuring the presentation of the organisation’s coveted  2023 Gold Medals.  Fleuroselect Gold Medals are awarded to new varieties that have been tested by Fleuroselect’s expert and independent judges at trial grounds across Europe and proven to clearly supersede existing varieties in terms of breeding innovation and beauty. Fleuroselect President Karol Pawlak and Secretary General Ann Jennen handed out the certificates and medals to the winners:

During the dinner Fleuroselect president Karol Pawlack thanked outgoing secretary-general Sally van der Horst who stepped down in May after 30 years of service. He said Sally’s contribution to global ornamental horticulture is truly remarkable. He described Sally one of the sector’s most passionate and unwavering advocates.

The 52nd Fleuroselect Annual Convention will take place in summer 2023 in the United Kingdom. Highlights will include visits to Floranova, Mr. Fothergills and the RHS Hyde Hall trial fields.