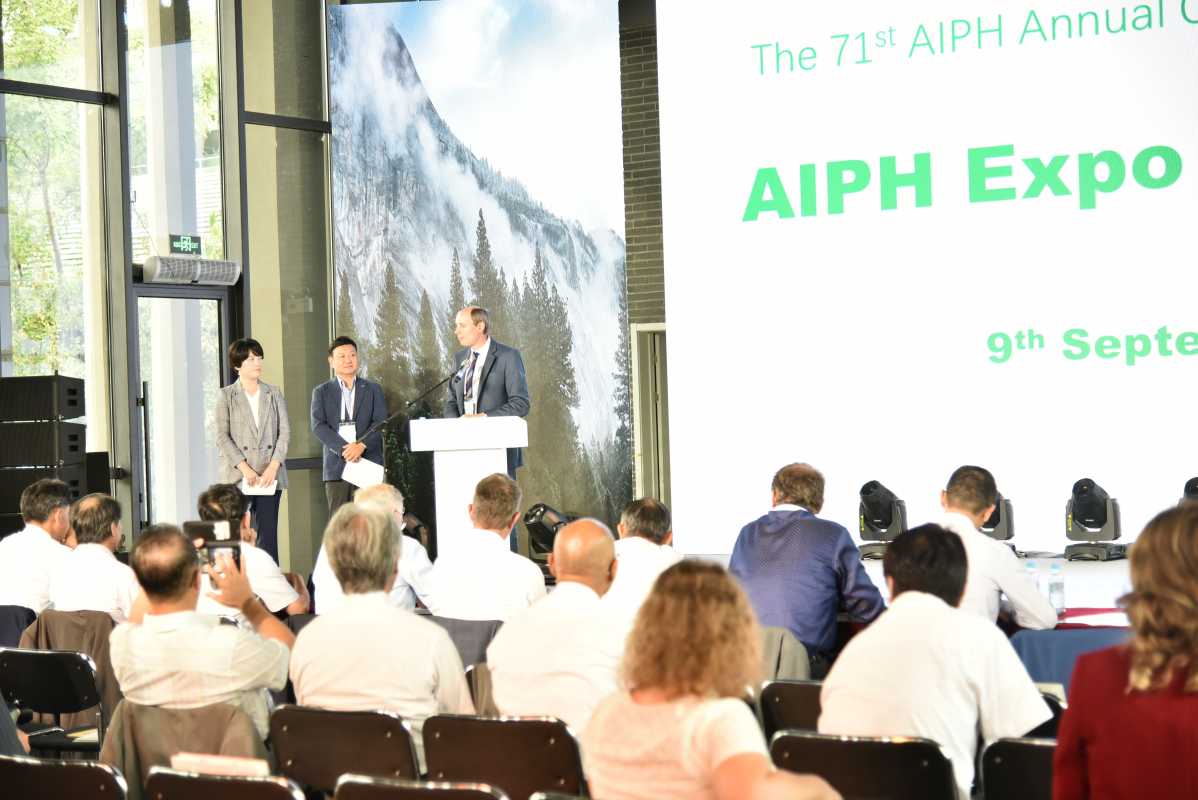 AIPH celebrates its 70th Anniversary with a special edition of FCI magazine. The publication is available now on the FCI website.

The special edition magazine looks back on the reasons for founding AIPH in 1948 and the course of its seventy-year-long history. Over this time, AIPH has established its position in many important areas of ornamental horticulture including: novelty protection, environment and plant health and the production of the International Statistics Yearbook – Flowers and Plants – with 66 volumes to date.

Looking at more recent developments, the magazine features the International Grower of the Year Awards (IGOTY) and AIPH’s Green City concept – both having been established in 2009. The publication also presents progress in areas where AIPH is developing a new offering to the horticulture industry, such as the International Vision Project (IVP) and the AIPH-approved expo archive and contact database.

The future of this global and growing non-profit organisation is also envisioned. This perspective identifies the expansion of AIPH-approved events, across all four classifications, including World Horticultural Expos, for which AIPH holds the unique and internationally-recognised role of approving – as enshrined within an international convention dating back to the 1920’s.

AIPH is a thriving organisation providing ever increasing support, around the world, to over 50 organisations which form its membership base. The organisation also values the importance of strategic collaborations and continues to work with other industry partners. Commenting on the anniversary, Sally van der Horst, Secretary General of Fleuroselect says: “Fleuroselect congratulates AIPH on its 70th Anniversary. Associations are key in developing an industry and giving it a voice. In floriculture we are fortunate to have AIPH speaking on subjects that matter including the Green City initiative which leads to a better appreciation of how plants can improve our world. We admire the International Grower of the Year event which awards outstanding companies in international horticulture.”

2018 also marks the year AIPH became the proud new publisher of FloraCulture International and the AIPH 70th Anniversary edition is produced as a result of this enterprising partnership. Under the AIPH umbrella, FCI is expanding its distribution network and has many exciting plans for developing its media channels in 2019 and beyond. With a shared purpose of supporting the ornamentals industry, AIPH and FCI proudly issue this very special publication.