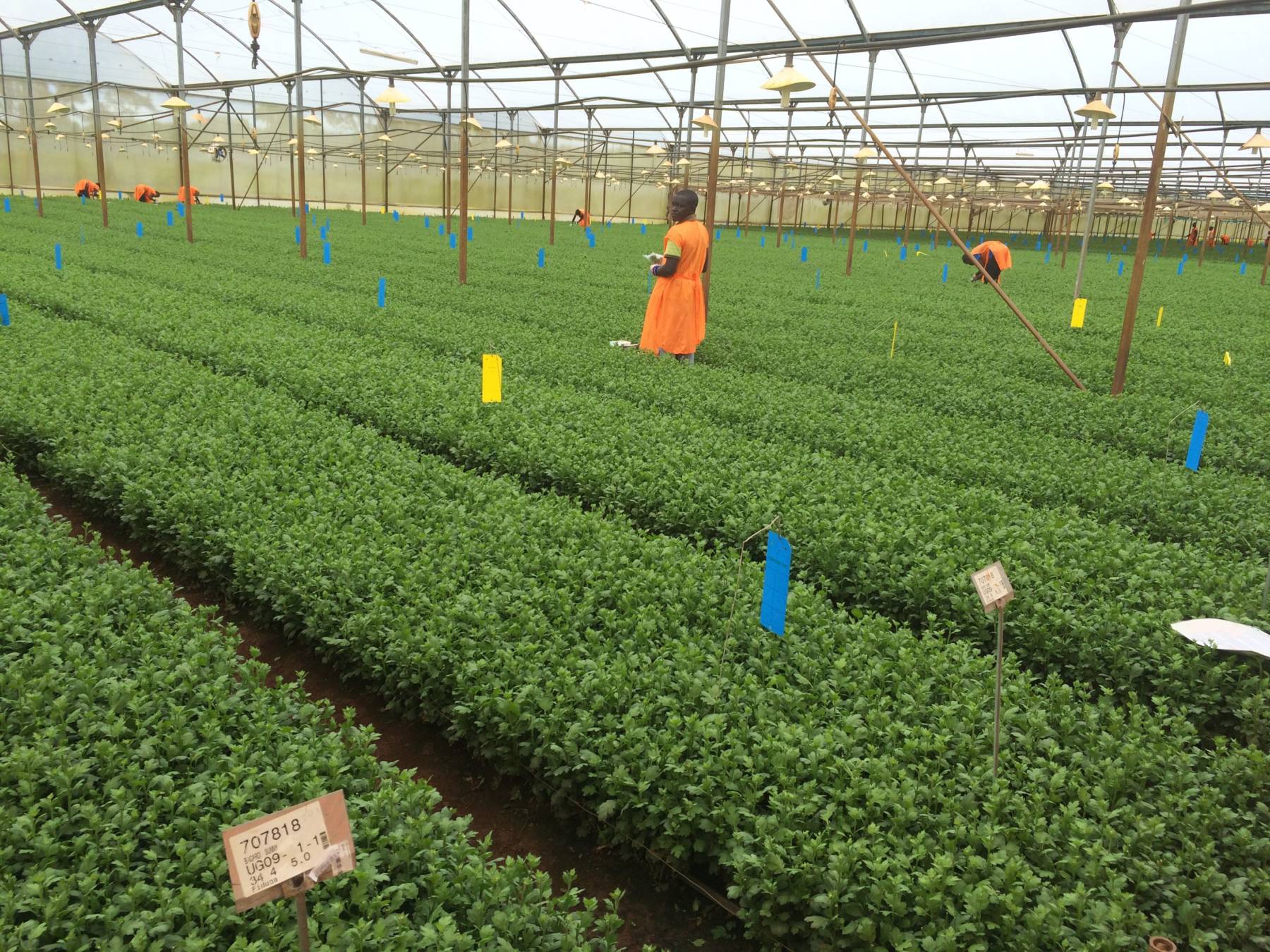 NAIROBI, Kenya: Fairtrade has partnered with Emerging Leaders – a charity specialising in unlocking human potential – to provide leadership training and business grants to nearly 100 flower farm workers in Kenya, enabling them to improve their prospects and earnings.

Some 98 workers from two Fairtrade flower farms in Nanyuki, central Kenya, took part in the initiative, funded by Fairtrade Premium. It was designed to help workers transform their thinking, improve their outlook on life and pursue income-generating activities to supplement their incomes. All the workers were survivors of long-term health challenges: nearly half were women, while many did not finish school education.

As part of the initiative, the trainees received a small business grant of KES 20,000 (£140) to enable them to kickstart new business pursuits. A telephone-based monitoring assessment conducted by Fairtrade and Emerging Leaders three months after the training found that 100 per cent of trainees had started an income-generating project using the grant.

According to the findings, most workers ventured into the dairy goat farming business, while others took up poultry, sheep and dairy cow farming activities. The popularity of livestock farming among the trainees was due to the lower time investments needed, allowing them to run their business while still employed at flower farms. Some participants reported saving some of the funds they received as reserve capital to safeguard against the unpredictable future of their business.

Over 95 per cent of the participants started budgeting as a result of the training, and around four in five now save regularly, enabling them to make ends meet when the work is slow. More than half are putting funds away via a community savings group or mobile money account. They can now pay school fees for their children and grandchildren comfortably and cater for expenses such as unexpected medical bills.

This successful initiative comes when Kenyan communities face higher household bills as the cost of food and farming supplies soars. Commenting on the success of the training, Taryn Holland, Head of Programmes and Partnerships at the Fairtrade Foundation, said: “We are delighted that this partnership between Fairtrade and Emerging Leaders has successfully supported nearly 100 flower workers to build their entrepreneurial and leadership skills, and diversify their incomes.

“The flower sector is an industry where workers tend to receive low wages – particularly those without the safety nets that Fairtrade offers – while communities often suffer chronic food insecurity and poor quality of water and sanitation. They face many obstacles when it comes to generating enough income to provide for their family’s daily needs and plan for the future.

“However, thanks to Fairtrade Premium funds, the flower workers who took part in the project have been able to unlock their own potential, increase their earning prospects and help their communities take an important step towards building their resilience in times of crisis.”

She continued: “This project has provided a vital safety net at a time when soaring food, farming, and living costs are putting a squeeze on already stretched agricultural workers in Kenya. We hope more UK shoppers will support these workers during difficult times by choosing Fairtrade flowers, so that Fairtrade Premium can offer more workers, particularly women, the chance to earn more and flourish financially.”

Feedback received by participants included the following comments: ‘I learned I am capable of doing great things’; ‘I changed the way I looked at life’; ‘I am seeing myself as a leader’; ‘I now have an IGA [income generating activity] that is boosting my income’; ‘I am taking leadership steps towards prosperity’; ‘I am now proactive and thinking differently’.

Many of the flower workers involved were seasonal workers employed in areas such as production, packaging, irrigation and harvesting. When asked about their plans to reach their ideal income in future, participants resolved to scale up their new businesses. In addition, they had put in place strategies to increase their yield and productivity. For instance, feeding their livestock nutritious food to increase milk production and providing quality healthcare for the animals.

Thanks to the project, some workers were able to diversify and increase their incomes by loaning out their cows to be used for ploughing at neighbourhood farms. Those who opted to do this have now begun to look for markets for their potential farm produces among large-scale retailers, who prefer to purchase the produce straight from the farm to sell to the nearby markets. This is not only cost-effective for the farmer but also saves the workers much time spent ferrying the produce to the markets since the retailers arrange their own transportation.

To read the full report, or for more information or images, email [email protected]

Watch the films HERE to see how Caroline and Micah are tackling the climate crisis with Fairtrade.