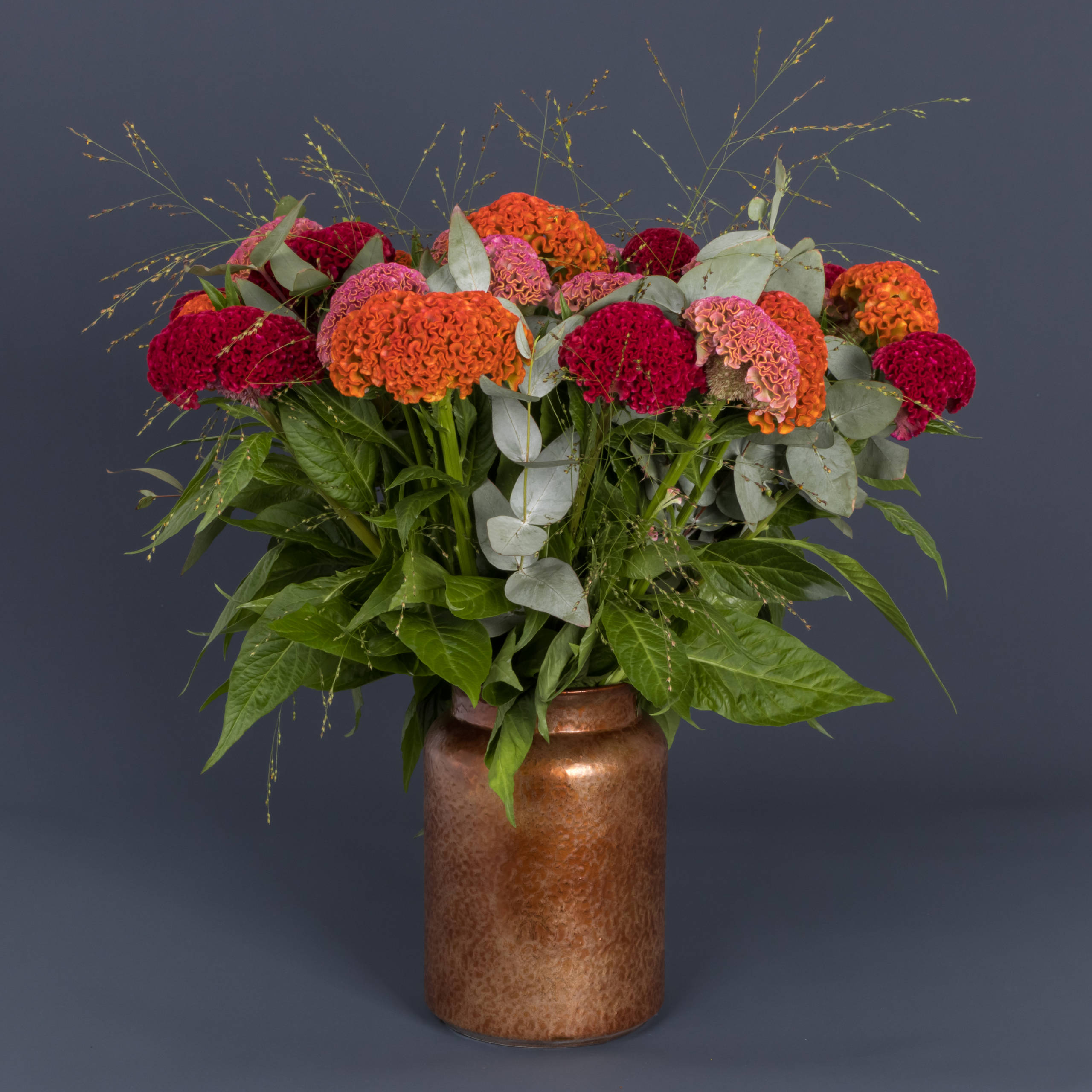 WESTLAND, Netherlands: Gone are the days that a flower breeder spent years achieving a real breeding breakthrough, send out a press release to announce a flower they think their customers will love to subsequently cross their fingers that sales pour in. For the launch of two new celosia cristata series Dutch breeder Evanthia teamed up with growers De Koning and Sonneveld plus floral wholesaler W.K Heyl  to create an effective marketing and market positioning strategy.

One of the pillars of their go-to-market strategy includes exclusivity. In 2021, Evanthia granted grower Aris de Koning exclusivity for the new Jack series that stands out for its boldly coloured inflorescences in the form of multiple wavy crests. Celosia cristata Jack adds volume, texture and whimsey in mixed or mono bouquets.

Another highlight is the relatively new series celosia cristata Reprise, this time around exclusively grown by Feike Sonneveld. Reprise targets the high end of the market and has a more compact growth habit combining impressive, velvety crested flowers that rise above leaves that are notably smaller. Celosia cristata Reprise produces flowers until December and a such fills the gap that exists from October and onwards when supply volumes of celosia cristata traditionally decrease.

The three parties involved in the product launches opted for limiting the distribution to W.K. Heyl, a floral wholesaler who knows the German-speaking market inside out. This strategic decision involved a phased rollout of the product, based on applying the exclusivity principle to create demand.

Meanwhile, Evanthia says it won’t rest won’t rest on its laurels and has already new colours in the pipeline. The outlook for Celosia cristata breeding looks positive, they say, as a genetically more compact crop structure featuring considerably smaller leaves and a more refined plant density in the late autumn allow to the extent the flower’s harvest season until late autumn.