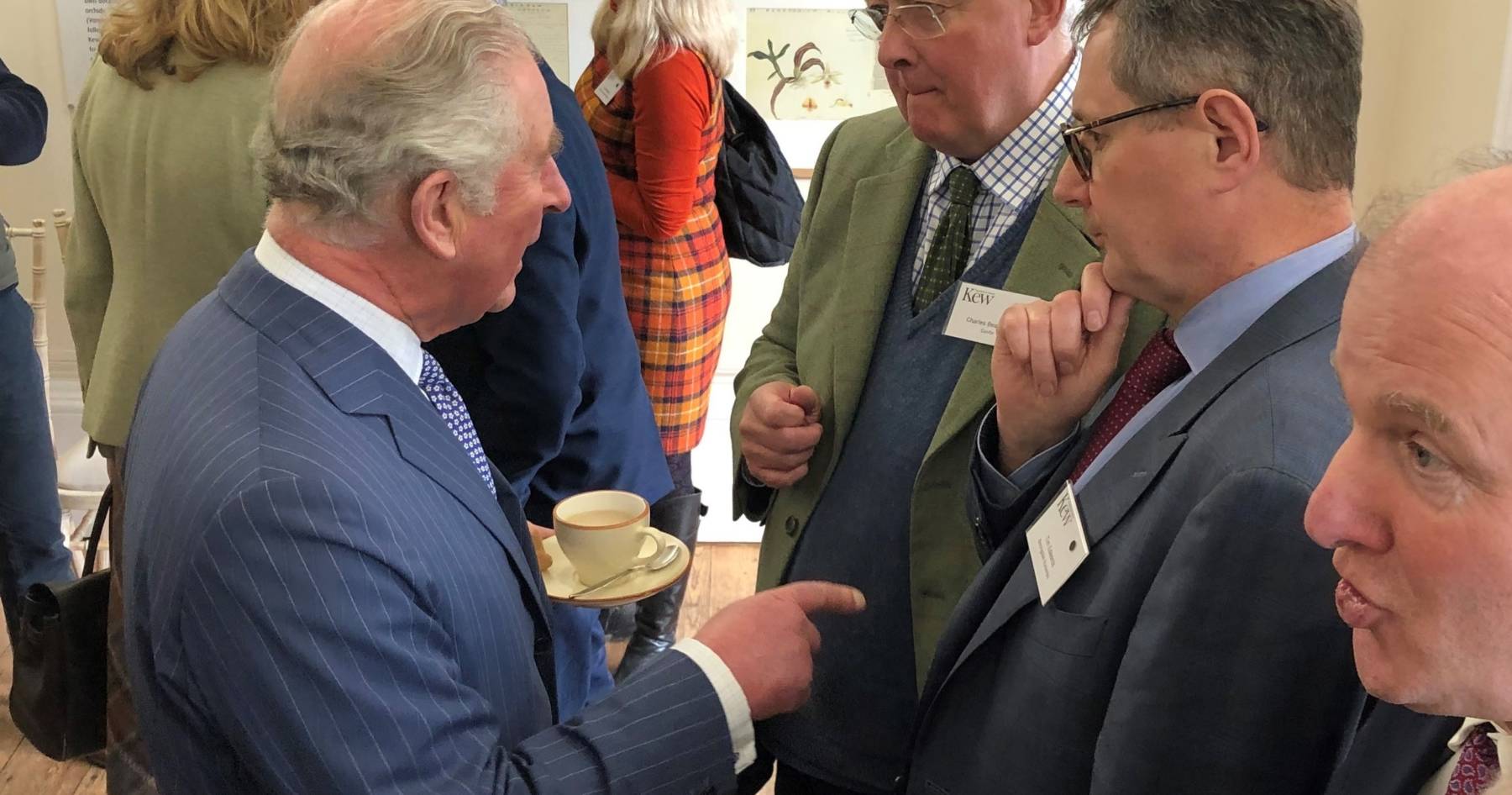 LONDON, UK: There was not much comfort for Dutch and German tree growers attending the UK’s Plant Health and Biosecurity Conference held at Kew Gardens in London on 20th February.  Lord Gardiner, Junior Minister with responsibility for UK plant health policy, was clear that he was hoping for tougher plant import controls, emphasising his preference for the introduction of quarantine requirements for plants entering the UK from the EU.

His comments followed a day of presentations and debate on initiatives and research on plant health, overseen by the Plant Health Alliance.  The Alliance, chaired by Royal Horticultural Society President, Sir Nicholas Bacon, was formed two years ago following an initial gathering at Highgrove, the rural home of HRH Prince of Wales.

Since 2012, when it was realised that Ash Dieback (Chalara fraxinae) had infected UK Ash trees, the UK government put much greater focus on plant health policy and regulation to prevent such disasters happening again.  The increase in UK action chimes with similar renewed attention in other countries and is especially highlighted by the decision of the United Nations to make 2020 the International Year of Plant Health (IYPH).  The keen interest of HRH Prince of Wales has also dramatically raised the profile of the issue in the country.  During the conference he spoke passionately about the need to take action and protect our natural environment.  As someone who has spoken out on environmental issues long before it was fashionable to, he is now taken seriously on such topics.

Ralf Lopian, Finland’s Chief Plant Health Officer has led the charge on the IYPH.  He is hoping that the climax of the year will be in March/April when government Ministers from many countries will gather at an IPPC meeting specifically to agree new global objectives and strategy for plant health.  He is also organising a major international conference in Helsinki on 5-8 October.

The conference demonstrated that plant health problems are only going to intensify.  It was suggested that the global impact of invasive species is 1.5 trillion USD and using one example, the US will have spent 30 billion USD by 2021 just to manage the impact of the Emerald Ash Borer.

But what of the future?  Clearly, for the UK, a post-Brexit world provides the opportunity to close, or at least strengthen restrictions, at borders with Australia and New Zealand frequently quoted as examples to follow.  The Minister seemed to very much like the idea of quarantining stock arriving from the EU, but in a Europe so used to frictionless trade this will be a hard change to make.  Overseas suppliers were keen to know what will happen but, of course, no-one knows.  It is all part of the Brexit negotiations until December 2020 and whether plant health will even surface as a topic in such a short time is anyone’s guess.

But aside from regulation the horticulture industry is taking the initiative too.  In the UK the ‘Plant Healthy’ certification scheme, supported by the Horticultural Trades Association, now has its first inspected nursery.  Such schemes will play an important role in putting trust and confidence back into the plant and tree trade.  Those wanting to supply the UK in the future would be wise to research the scheme and it is highly likely that similar and comparable schemes will emerge throughout Europe.  Positive action like this demonstrates a forward-thinking industry, not waiting to be led by laws which have frequently proven less than perfect over the years.  AIPH is planning further sharing between countries on this topic during its 72nd Annual Congress, taking place in Warsaw, Poland on 1-4 September.

So, regulation and schemes may emerge but what is the long-term solution?  It was clear that what we really need to do is create resilient landscapes.  There are so many different species and varieties we can use in the landscape but generally we still use very few.  We need to get better at ensuring diversity and moving away from monoculture in natural plantings.  That involves a culture change but is the only sustainable way to prepare for the threats faced by the landscape.