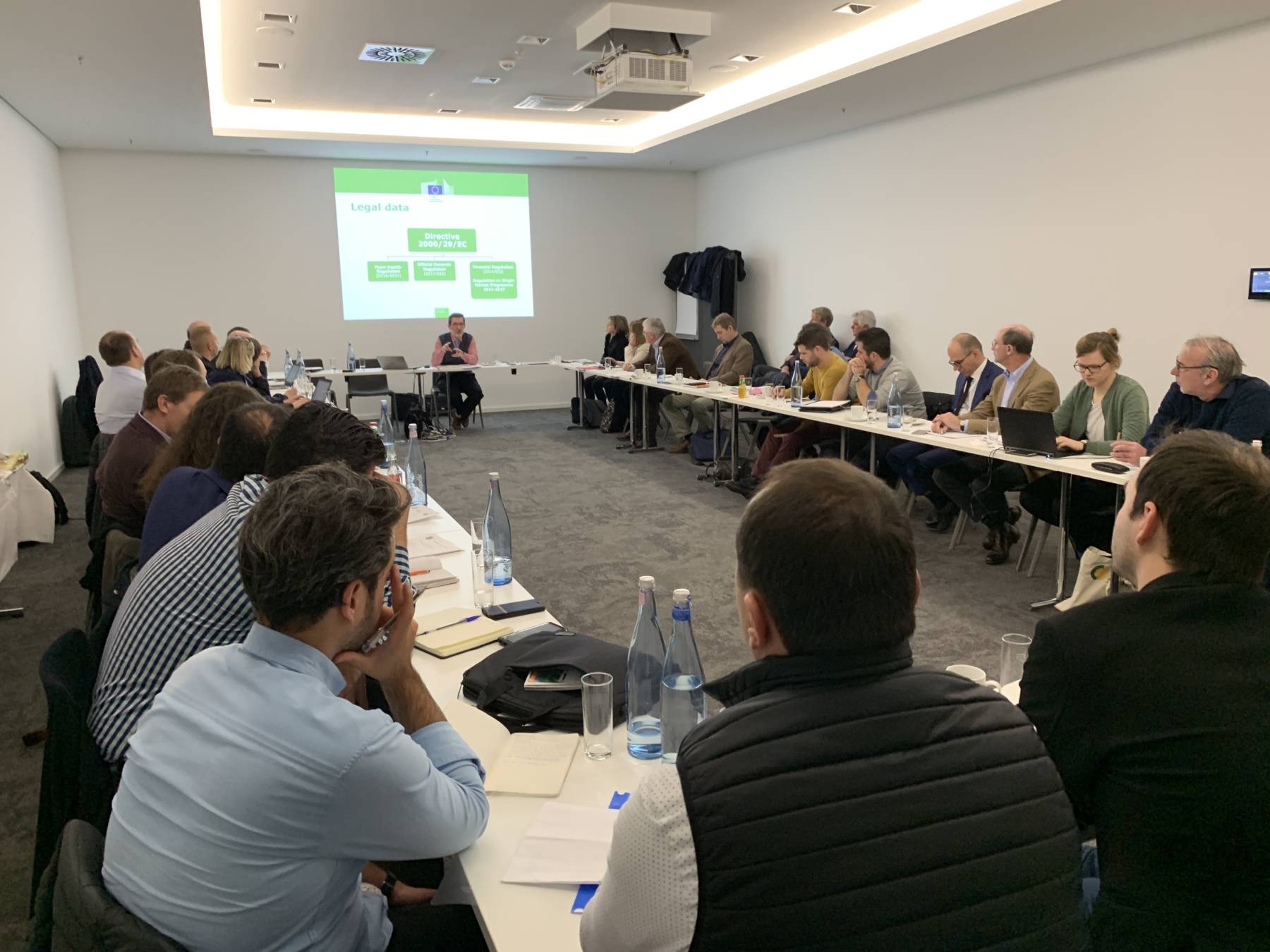 Mr Harry Arijs, from the Plant Health Unit at the DG Health and Food Safety of the European Commission, gave a comprehensive presentation of the coming EU Plant Health Regulation that will be enforced on 14 December 2019.

The General Assembly analysed the new standardised EU Plant Passport. Many nurserymen expressed their concern about having all the traceability systems in place and working next December. To comply with the requirements of the new Regulation, the ‘country of origin’ and the ‘traceability code’ must be written on the Plant Passport label that will travel with all plant species from nurseries to their professional customers.

The delegates also discussed the forthcoming legislation on high-risk plants, that will be forbidden to import into the EU. Nurseries from non-EU countries interested in exporting plants to the EU were advised to ask the National Plant Protection Offices of their countries of origin to submit the official dossier for each species/country case to the European Commission.

On the other hand, the ENA members were satisfied to hear that eradication campaigns (co-financed by the EU with at least the 50%, and the Member States) allow professional operators to be compensated for their losses.

The ENA General Assembly discussed the last Xylella outbreaks and the communication policies regarding this disease. The delegates showed their satisfaction with the swift and strong official eradication measures, applied in all countries when a new case of the disease is detected, but complained about the information published that may give a negative image of a region or a company if not carefully elaborated. Henk Raaijmakers, the Vice-President, strongly recommended to publish factual information and to communicate official data only.

Mr Leon Smet, chairman of the ENA Promotion Working Group, summarised the first year of this B2B project executed in Belgium, Bulgaria, Denmark, France, Germany, the Netherlands and the United Kingdom, and thanked the European Commission (CHAFEA) for their financial support. Seminars and events were held in all seven countries, to inform politicians and city planners about the benefits for the citizens of having plants in their cities, with remarkable success.

The setup of the project website, www.thegreencity.eu  was the first common achievement. The website includes dedicated pages to each goal country, in their language. Additionally, social media accounts tailored to each country were also launched.

“It’s our moral duty to inform politicians and city planners of the great benefits of planting live plants in the cities; whether it is a tree, a shrub, a perennial, a bulb or a flowering plant, each contributes to people’s well-being and climate change mitigation,” said Leon Smet.